As Congress recklessly moves to enact evermore programs in the face of ever larger deficits, it is only a matter of time before they take up the revenue side of deficit equation: Spending – Tax Revenue = the Deficit. Of course, in response to rising deficits, the Media and the Democrats will reflexively demand tax increases. Republicans, for their part, simply must be able to articulate why higher taxes will actually result in larger deficits not smaller. 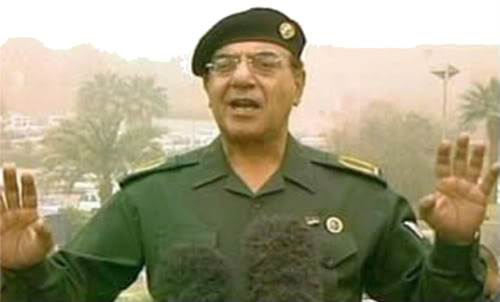 I offer this common sense guide for the great battle to come.

At the outset, it must be noted that, in practice, politicians don’t actually raise taxes so much as they pass laws to increase tax “rates,” i.e. income rates, sales tax rates, etc. They do in an ill-founded pursuit of more tax revenue.

It is ill-founded because tax rate increases, over time, yield less revenue than tax rate cuts. For instance, when the economy was bad in the early 1990’s, the California legislature raised tax rates and over a 3 year period, revenues actually dropped. By 1999, Bill Clinton’s tax rate increase resulted in the highest overall tax burden in our history – a recession naturally followed which led to declining revenues.

These common sense points explain why tax rate cuts, over time, will raise for more money than tax rate increases.

Common Sense Point #1. The more money or assets you ACTUALLY have, the more you are likely to spend or invest. Think about it. Once you have enough for your basic needs, the more discretionary income you have, the more you will buy, including slightly higher priced shoes, cars and homes. That’s why the affluent spend more than others.

Common Sense Point #2. Conversely, the less money or assets you ACTUALLY have, the less you are likely to spend or invest.

Common Sense Point #3. The more money you THINK you are going to have, the more you are likely to spend or invest. This may be obvious, but it is a very important point. Even if someone does not have a lot of money, if that person gets a new job with a higher salary, the average person will be more willing to spend money or buy on credit, i.e. a new car loan or a loan for a bigger home.

Hidden with those 4 common sense points are your keys to understanding why tax rate increases lead to less revenue over time.

The Bad Economy Example. Right now, we have a troubled economy. Home values have dropped and people are losing their jobs. As a result, the population as a whole ACTUALLY has less money and less assets than a year ago. Others are in fear of losing their jobs. So, no surprise, people are spending less. Indeed, at the start of the year, consumer spending was down 9.7% over last year. For every dollar not spent by someone, someone else is not getting that income – so they also have less money, and so they don’t spend and that ripples on and on throughout the economy.

When government raises tax rates in that environment or threatens do so (as Obama is doing now), people not only are facing Common Sense Point #2, i.e. they actually have less money, they quickly realize that they are facing an even worse Common Sense Point #4, they think (or know) that they will have even less money in the future or are very uncertain about the future. Faced with such uncertain prospects, people tend to spend even less than if there had been no tax rate increase or threat of an increase at all. All combined it means that other people and businesses are not getting that income and that multiplies over the whole economy to the point that the economy gets worse and worse.

If people are really fearful of having less money, they will slow their spending precipitously. That is why Obama’s talking down of the economy when he was running for office, fanned by the Media, actually had a very bad effect on the economy.

What do people do with their money they still have – but not spending? Again, they get cautious and tend to save more. Sure enough, the savings rate has going up.

It is important to note that businesses face the same psychological problem as people. Why? Because they are run by people. If they have less money or think they will have less, i.e., they know their taxes are going up in a bad economy, then they slow spending as well.

They will also hire less people (because they represent a cost to the business) – if not lay off people. Those lost workers or unhired workers will then have less income and will pay less income tax and they will pay less sales tax because they are not buying as much – which means others will have less money and so on. Thus, if you combine #2, less money, and #4, business and people thinking they will have even less in the future, there is a downward spiral and government tends to get less revenue. The higher the tax rate increase, the greater the negative reaction.

For instance, when Hoover raised the top tax rate from 25% to 63%, the unemployment rate was 20%. So #2 was really bad, people had less money – and those who had money to spend knew they were going to have much less. That is one reason why the Great Depression worsened. The same was true to a degree for California in the 1990’s, the nation in 1918 and generally from 1932 to the 1950s.

The Good Economy Example. Does raising tax rates during a good economy have the same effect? Yes, it just takes longer to take effect and for people to notice.

Think of the economy as a mule walking up a hill. Further, assume for every one foot in elevation it goes up, there is one dollar in tax revenue. If the mule moves 500 feet an hour up hill, that means $500 per hour in revenue. What happens if you raise the tax rate to $1.25 per foot which requires slightly heavier packs on the mule? Politicians literally presume the mule will continue to walk up hill at the same rate (even though there are heavier packs on it) and therefore there will be $625 in revenue.

As a result, he walks slower and covers less ground. No longer able to go 500 per hour, the first year the mule may slow to 425 feet per hour which produces only $531.25 not the $625 they assumed. Politicians, however, think they got more from the increase! – which is true in the short run – but they fail to see that they also sowed the seeds for slower growth.

The higher taxes eat into profits (business has less money) and reduce expectations of people and business alike – causing them to spend less as time goes on – or if you like returning to the mule, the added packs tire it out (people spending less multiplied over time) and the mule slows down to about 300 feet per hour which nets $425 – less revenue than if there had been no rate increase at all.

That incremental slowing of the economy over time happened when Clinton raised taxes during a moving economy. His tax rate increase, combined with state and local tax rate increases, produced the highest tax burden in our history. People had less and knew they would have less. The increases eventually weighed down the economy and brought it to a halt. A recession followed and revenues starting falling which cancelled out the prior revenue increases.

All of which proves John Maynard Keynes point that “that taxation may be so high as to defeat its object . . .”

It doesn’t have to be that Way!

For instance, when the top income tax rate was 91% under Eisenhower, we had 3 recessions. Kennedy suggested cutting the top rate to 70%. Kennedy call[ed] for “an across-the-board, top-to-bottom cut in personal and corporate income taxes.” He argued “that our present tax system … exerts too heavy a drag on growth … siphons out of the private economy too large a share of personal and business purchasing power, [and] reduces the financial incentives for personal effort, investment, and risk-taking.” Kennedy explicitly endorsed rate reductions for high-income taxpayers in language that foreshadowed supply-side economics, proposing tax cuts “for those in the middle and upper brackets, who can thereby be encouraged to undertake additional efforts and … invest more capital.”

In his January 24, 1963 message to Congress, Kennedy stated:

“I repeat: our practical choice is not between a tax-cut deficit and budgetary surplus. It is between two kinds of deficits: a chronic deficit of inertia, as the unwanted result of inadequate revenues and a restricted economy; or a temporary deficit of transition, resulting from a tax cut designed to boost the economy, increase tax revenues, and achieve-and I believe this can be done-a budget surplus.”

He was right. When the tax cuts were implemented by Johnson, the economy grew like never before and revenues went up over 60%! In other words, a lower rate meant more business and personal income which meant more taxable income and more revenues. The same happened after the tax cuts of the ealry ’20s, Reagan’s tax cut and Bush’s tax cut. It turns out to be common sense.

In sum, don’t be a mule, use your new found common sense and start advocating tax rate cuts to revive our economy and raise revenue!