Why is Rep. Jan Schakowsky trying to use Illinois taxpayers’ money to bail out ShoreBank?

Rep. Schakowsky and fellow Illinois Democrat, Sen. Dick Durbin, have pressured state officials to meet with the bank to discuss a $100 million bailout. 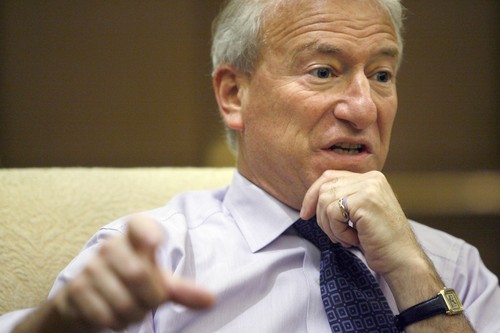 This would apparently be the first bank bailout by a state government–not just in Illinois, but in any state.

The reason ShoreBank is in trouble is quite simple: it made too many bad real estate loans, and fell below the capital requirements required by regulatory authorities.

Its political supporters point to its mission of helping borrowers in low-income communities. But ShoreBank is hardly the only struggling bank to serve those customers.

Why is Rep. Schakowsky only helping ShoreBank? After all, when the Bank of Lincolnwood failed last year, Rep. Schakowsky did not save it–and that bank, unlike ShoreBank, was in her own district.

The answer may lie in the history of campaign contributions by ShoreBank executives and employees.

Other ShoreBank-related contributions include Democrats across the country and left-wing organizations such as MoveOn.org.

The ShoreBank bailout would seem to be more of the same Blagojevich-style, pay-to-play politics that Illinois has suffered under for too long.

The people of Illinois are tired of bailouts. We know that the $700 billion TARP bailout–which both Rep. Schakowsky and Sen. Durbin voted for–was a failure.

We know that Illinois–which cannot even afford to pay state pensions–cannot afford to start bailing out banks.

And we are tired of seeing our elected representatives using our tax dollars to help their cronies and contributors.

As usual, when they are caught, Rep. Schakowsky and her colleagues will point to their supposedly good intentions, and those of ShoreBank.

But this bailout is simply wrong. It is all about the greed of the politicians, not the needs of the people.

It will reward ShoreBank for making bad financial decisions, rather than encouraging responsible behavior to protect low-income customers and communities.