Carpe Diem, Larry Kudlow. This is your moment to take on Charles Schumer in the November 2010 race for the New York Senate seat. It’s also our moment to take back America. We understand that the thought of joining one of America’s most hated institutions–Rasmussen now reports a 10% approval rating for Congress–can be deeply disturbing. Still, we urge you to do it. Today there are two diametrically opposed views of government. You have long articulated a belief in individual liberty, limited government, and free markets. You understand that the purpose of government is to secure and protect our individual rights. For Charles Schumer, government exists to right all perceived societal wrongs, individuals be damned. In the eyes of Charles Schumer, the world is comprised of victims, capitalists who prey on them, and benevolent elites in Washington who come to the rescue. 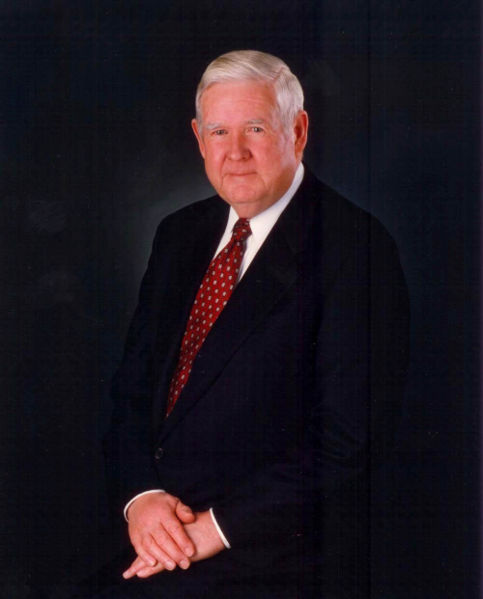 This is your moment, Larry Kudlow, and you have a grass roots movement behind you, the likes of which the state of New York has never seen. You see, even though the Harvard trained, professional politician won his last election with 71% of the vote, and believes it to be his birthright to get reelected, there is good reason to believe that Chuck may be just a tad worried. There’s something rotten in the state of Eliteville these days.

Chuck is not a big tea party fan and was a bit shaken up by the Massachusetts results. In fact, in his fundraising efforts to keep the “Kennedy seat” in the right hands, Chuck derided Scott Brown as a “far right tea bagger“. I guess Chuck doesn’t think many New Yorkers are sympathetic to the tea party movement. Let’s show him how wrong he is, Larry.

Chuck is also troubled that political correctness–one of his choice methods to protect his favored ‘victims’ (i.e., voting blocs)–is now under attack. Whereas most Americans are sickened by the insidious political correctness that has taken hold of the United States Army and the resulting Islamic terrorist infiltration and massacre at Fort Hood, Chuck insists that guns were the true culprit.

Of the recent groundbreaking Supreme Court decision (Citizens United v. Federal Election Commission) that effectively ends the media monopoly on political speech, Chuck whined, “the Roberts Court has turned back the clock on our Democracy by over 100 years“. You see, Chuck doesn’t believe that groups of people, including businesses, unions, and virtually any type of affiliation of individuals, should be able to express political opinions. No, that should be left to the experts like CNN, ABC, NBC, the New York Times, and other enlightened people like Chuck, who know what’s best for us. Chuck definitely does not like losing his monopoly on free speech.

As for corporate interests, Chuck is much more comfortable when corporate free speech is filtered though him. The Washington Examiner revealed that, of the five most politically active industries, Schumer is the top recipient of campaign cash from three of those. This way, Chuck can promote-behind the scenes, of course–the only type of capitalism he approves of; crony capitalism. Chuck’s $30 million war chest is brimming with corporate money from industries he has cowed into submission. Yes, even though Chuck likes to browbeat capitalists, he is always happy to take their ‘donations’. And like all of his uber-liberal cohorts in Congress who want to lord over entire industries, Chuck has never run so much as a lemonade stand.

This in your moment, Larry Kudlow. In his now famous A Time for Choosing speech, Ronald Reagan crystallized the issue of the 1964 Presidential race.

“This is the issue of this election: Whether we believe in our capacity for self-government or whether we abandon the American Revolution and confess that a little intellectual elite in a far-distant capital can plan our lives for us better than we can plan them ourselves.”

With your participation, the 2010 New York Senate race will be come down to the very same issue and no one epitomizes the little intellectual elite better than Charles Schumer.