The NAACP-led ‘One Nation Working Together’ rally coming up in Washington, D.C. on October 2nd to counter the Tea Party movement’s success is being sponsored by pro-terrorist and communist groups. Many of their logos are proudly and prominently displayed on the rally’s promotional website. One sponsor’s leader was fired this summer by the U.S. Civil Rights Commission for his ties to Hamas.

The rally’s sponsor list demonstrates how the Democrat party’s liberal establishment has mainstreamed treason and anti-semitism.

Joining them are anti-American, anti-Israel groups: Stalinist ANSWER Coalition; and the terrorist supporting Obama funders Code Pink and United for Peace and Justice, which since its inception and until recently was led by noted communist Leslie Cagan. Listed on the sidebar as sponsors are anti-American groups Veterans for Peace and Iraq Veterans Against the War.

All have supported terrorists in Iraq who were killing American troops and liberated Iraqis.

Also listed as partners of the One Nation rally are the Communist Party USA; the Democratic Socialists of America; the International Socialist Organization; and the War Resisters League.

One Nation Working Together also lists as a partner the American Muslim Association of North America, whose leader Sofian Abdelaziz Zakkout was fired this summer by the U.S. Commission on Civil Rights for his ties to Hamas and David Duke. 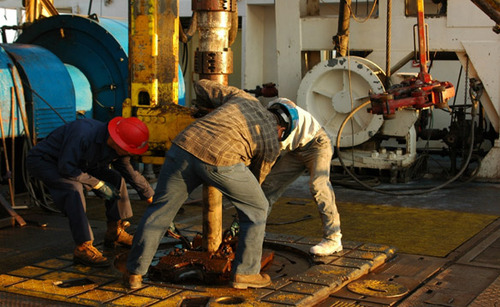 Will the same liberal politicians and reporters who express such heartfelt concern about the make-up of the Tea Party now stand up and demand the One Nation Working Together rally cleanse itself of the anti-Israel, pro-terrorist groups in its coalition?

Will conservative politicians and media — or the Tea Party itself — have the fortitude to call to account the One Nation Working Together rally?

The mainstreaming of treason and anti-semitism represented by the One Nation Working Together rally is yet another example of the radical left’s permeation throughout the Democratic party and the Obama administration.

Many prominent Democrats, from President Obama to Senators like Barbara Boxer, Congressmen like John Conyers (and the late John Murtha), to presidential candidates Jesse Jackson and Al Sharpton have in recent years knowingly worked with one or more of these anti-American, pro-terrorist groups.

The national media has given them a pass, naturally.

These groups’ treasonous actions and ties to the Democratic party have been primarily documented at Big Government, Front Page Mag, Discover the Networks, WorldNetDaily and Free Republic.

“One Nation Working Together is a movement of everyday people who are marching on 10-2-10 along with human and civil rights organizations, unions and trade associations, youth and student groups, faith, educational, environmental, peace, gender and identity rights groups, and hundreds of other groups. We are making a direct demand – to reclaim our fundamental right to the American Dream. We are holding our representatives in Washington accountable for re-focusing national priorities on what is important – the people.”

It appears Ben Jealous believes the priority of everyday people is the killing by terrorists of Americans, Israelis and liberated Iraqis. One wonders if he would change his tune if he knew these groups were helping to also get African-Americans killed?

Probably not because as the Marxist slogan goes, you have to break a few eggs to make an omelette…or ‘one nation.’

Correction: From Lenore Ostrowsky, US Commission on Civil Rights:

The Commission did NOT fire Mr. Zakkout. In the first place, no State Advisory Committee (SAC) member “works for the Commission.” The SAC members are appointed by the Commission, but are not paid, and serve as voluntary members of entities, SACs, that are entirely separate and not supervised as to content of any advice or report. The SACs are required to conform to certain procedural standards, of course, but these are not content-based.

Mr. Zakkout was merely not reappointed to the Florida State Advisory Committee (SAC). There is no guarantee of reappointment for any SAC member, and there can be many reasons for nonreappointment. No inference should be drawn from his non-reappointment.