Has the White House been influenced by a convicted domestic terrorist for its attack on the Chamber of Commerce? 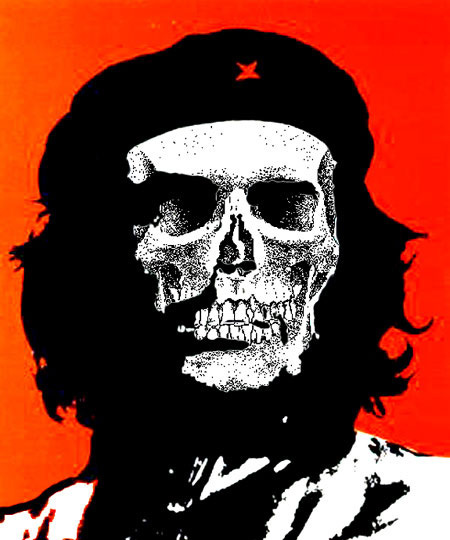 The latest assault on the Chamber has been spear-headed by none other than the President himself and picked up by David Axelrod, MoveOn.org and all the usual Astro-Turfers who receive marching orders from the DNC. It’s become part of the standard talking points for cable-news pundits and their well-programmed guests and has been the new rallying cry for the left as they try their best to explain the imminent electoral disaster that looms on November 2nd.

But one group was well ahead of the curve on this movement to stop the Chamber of Commerce. In fact, they even own the URL “StopTheChamber.com“. That group is the infamous Velvet Revolution headed by convicted violent criminal and bomber, Brett Kimberlin. In her extensive and detailed article on Kimberlin and his past violent crimes, Liberty Chick noted that left-wing blogs and main stream media organs routinely site Kimberlin and his partner, Brad Friedman as legitimate sources and as normative “watch-dogs” over-seeing right-wing election shenanigans. The problem is, Kimberlin is a convicted domestic terrorist who has been described as a habitual liar by those who have looked into his past.

And yet, the mainstream Democrats clinging to any strategy to stop the bleeding over the next two weeks are latching on to the Stop the Chamber narrative that was first hatched at Kimberlin’s Velvet Revolution site last year.

At first glance, the StopTheChamber page looks like a clearing house for various, unfounded attacks on the Chamber of Commerce by Velvet Revolution and by politicians who repeat their assertions. But, it doesn’t take you long to see the prominent “Donate Now” button in the center of the page. And, it looks like it’s working. The bottom of the page lists over 4,000 names of individuals who appear to be supporters of the movement (we have no idea if any of them realize they are putting money in the pocket of a convicted violent felon). Interestingly, the first name on this list of individual supporters is Bill Moyers.

The Stop the Chamber campaign appears to be nothing more than a fund-raising operation that solicits donations and then produces press releases and an advertisement in the style of a Wanted poster soliciting “tips” on the CEO of the Chamber, Tom Donohue. It seems to be a two-pronged fishing expedition: One is fishing for “tips” that prove “criminal behavior” by Mr. Donohue and the Chamber (an expedition that has proven to be fruitless as of now), the other is fishing for donations to continue the campaign’s valuable work.

How Kimberlin has been able to pass himself off as a legitimate and respected part of the national political dialogue is a question that deserves exploring, if not some serious soul-searching from our friends on the left who appear to be ready to latch-on to anyone who might be effective for them regardless of how many disgraceful skeletons inhabit their closets. But what is truly outrageous is how eagerly our President and his associates have followed this man’s lead in pursuing this fruitless enterprise of demonizing the Chamber, demonizing Karl Rove and demonizing the Tea Party despite the lack of evidence to substantiate the obscene charges they are leveling.

We have already heard David Axelrod’s new standard for making these accusations. When asked if he had any proof that the Chamber was involved in campaign fraud, he responded by asking CBS’ Bob Schieffer: “Do you have any proof that they aren’t?” That is the President’s closest advisor turning the Constitution and the Magna Carta on its head for the sake of winning a vote or two.

If they are willing to do that, then they are surely willing to align themselves with a habitual liar and convicted bomber like Kimberlin. The question is: Other than this site, who else will be willing to call them out on it?