Everyone wants to keep guns away from criminals, but gun control advocates, such as Media Matters, don’t want to acknowledge that there are costs to disarming law-abiding citizens. Lately Media Matters has particularly been incensed that anyone would point out that the vast majority of denials from Brady Act background checks involve so-called “false positives” — law-abiding citizens incorrectly being identified as banned individuals. 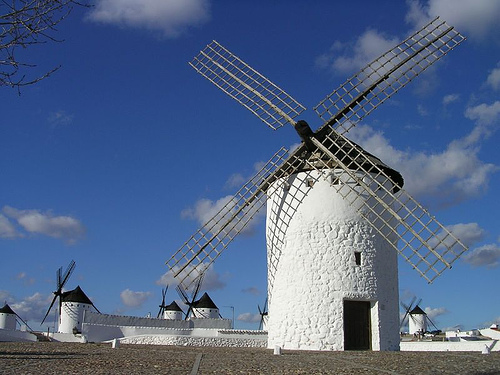 Media Matters claims that all those stopped by the background checks from buying guns are prohibited individuals, that no mistakes are made by the government. And Media Matters is willing to engage in any amount of name calling and fraudulent photos to attack those who question their claims.

There are several things to understand about how the Brady Law background check process works. At gun stores or other registered dealers, would-be buyers have to fill out a form asking whether there are any criminal convictions or types of mental illness that would prevent them from legally purchasing the weapon. Falsely answering these questions amounts to perjury. If someone answers the question by saying that they have a background that prohibits them from buying, a gun dealers stop right there and do not even process those forms. And if someone is believed to have knowingly provided false information on the National Instant Criminal Background Check System (NICS) form and prosecutors believe that they can prove that knowingly false information was provided, the would-be buyer faces prosecution.

Yet, the NICS system accidentally flags many law-abiding people, stopping those who simply have the same name as a prohibited individual from buying a gun.

The same problem occurred five times for the late Senator Ted Kennedy when he was placed on a “no fly list.” If someone is flagged by the NICS system, it is because it appears that they didn’t put down something in their background that disqualified them from buying a gun. Yet, an initial denial does not mean that the individual is actually disqualified from owning a gun. Take the numbers for 2008, the latest year with data available. There were 78,906 initial denials. Of those, only 5,573, or 7 percent, were referred to the BATF for further investigation. As a report on these denials by the U.S. Department of Justice indicates, “The remaining denials (73,333 – 93%) did not meet referral guidelines or were overturned after review by Brady Operations or after the FBI received additional information.” To put it differently, the initial review didn’t find that these individuals had a record that prevented them from buying a gun.

Still that isn’t the end of the story. Of these 5,573 referrals, over 44 percent, or 2,472 cases, involve “delayed denials,” cases where a check hasn’t even been completed. Of the rest, 3,101 covered cases where initial reviews indicated that the person should have been denied buying a gun. But the government admits that upon further review about a fifth of these referrals involved “no potential or unfounded” violations of the law, leaving about 4,400 cases. That implies an initial false positive rate of roughly 94.4%. And it still doesn’t mean that the government hasn’t made a mistake on the remaining cases. In some cases for example, a person’s criminal record was supposed to be expunged, and it had not been?

Up until this point, no discretion about the merits of the case has entered the picture. If a review of the records indicates that someone is a prohibited individual, they are included. But of these 4,400 cases, only 147 cases involving banned individuals trying to purchase guns being referred to prosecutors. Of those 147 cases, prosecutors thought the evidence was strong enough to bring a case only 105 times.

Prosecution may be declined either because further investigation revealed that the person wasn’t prohibited from owning a gun, because false information hadn’t knowingly been provided, or prosecutors didn’t believe that the cases “merited” prosecution. But if someone is indeed prohibited from owning a gun and they left that information off their NICS form, it is relatively easy for authorities to prove they knowingly concealed that information. The most frequently claimed reasons that people failed the background checks are: “restraining orders, domestic violence misdemeanors, non-immigrant aliens, violent felonies, warrants, and indictments.” How hard is it for prosecutors to prove that someone hadn’t accidentally forgotten that they had a conviction for a violent felony or they had a restraining order?

While prosecutors tend to go forward with their strongest cases, those prosecuted are often not found guilty. By the end of 2009, prosecutors had only 43 convictions, and only 22 of those involved falsified information when buying a gun or illegal possession of a gun, that translates into just 0.03% of the 78,906 initial denials.

So we have two estimates of the false positive rate: 94.4% or 99.97%. The first estimate is obviously too low, it assumes that all the cases identified up to that point are accurate. The second estimate is obviously too high, it only counts as prohibited individuals those who have been proven so beyond a reasonable doubt in a court of law. These numbers are just one of the reason that no study by criminologists or economists has found that the Federal Brady Law has reduced national crime rates.

Of course, being falsely labeled as being ineligible to own a gun isn’t the only cost imposed on law-abiding Americans. Even those who aren’t prevented from buying a gun face delays in getting approved. Eight percent of the National Instant Criminal Background Check System checks are “not resolved immediately.” Two-thirds of those checks take up to 3 business days, and the rest take even longer, though these further delays can’t stop one from obtaining a gun at that point.

Media Matters comically attacks me as “either willfully or ignorantly misunderstanding the background check system,” that I have ignored their past comments (in fact, see here and here for my previous responses), that I am “the gun lobby’s apologist-in-chief,” and asserts my “apparent disregard for scientific rigor.” Those are just a small fraction of their claims. Given that Media Matters has no problem using a doctored picture of me (editing the color of my hair, skin, and clothes and distorting my hair) presumably because they believe that it makes me look bad, it is surprising that even people such as Paul Krugman and Brad DeLong never question whether Media Matters will use doctored screen shots of webpages. (Of course, it is not uncommon for opponents to use doctored information see here and here.)

But aside from the false personal attacks that are Media Matters’ trademark, Media Matters claims to have talked to two people who have studied the NICS system: M. Kristen Rand, Legislative Director for the Violence Policy Center, a group that backs banning guns, and in a later post, Ronald Fransen, the researcher whose report on the NICS system that is referenced above. While Ms. Rand’s quotes only refer to the 5,573 number discussed above, Media Matters interprets her comments as claiming that all those initial denials stopped “prohibited persons.” Mr. Fransen emphasizes that on average only about 8,600 people per year stick it out through an appeals process to get the initial denial overturned, but he fails to discuss that all cases involving evidence that a prohibited person tried to buy a gun are referred to the BATF field divisions for investigation. No discretion is involved at that stage.

Media Matters has even expressed outrage over a post at BigGovernment that it seemed that everyone understood, “[Lott’s] assertion that ‘The Obama administration has been a consistent opponent of gun ownership.'” Yet, Media Matters doesn’t even try to defend Obama’s push for the U.N.’s Arms Trade Treaty or the nomination of Andrew Traver to head the Bureau of Alcohol, Tobacco, and Firearms given his anti-gun statements in the past, let alone Obama’s appointments to the Supreme Court and other lower courts. It tells us something when Media Matters can’t even admit this simple fact.

Media Matters’ founder, David Brock, claims that his group is in an all-out campaign of “guerrilla warfare and sabotage” against Fox News and a handful of conservative websites. The term “sabotage” surely sounds like something a group that uses doctored pictures would say. Media Matters has recently made a long string of false claims about my work. Possibly they just want to spend George Soros’ money making so many false claims that their political opponents either don’t have the time to respond to all the attacks or can get nothing else done because they are responding.

The issue of how frequently the NICS system inconveniences law-abiding Americans needs to be taken seriously. That most of the 1.4% of denials appear to involve false positives or that 8 percent of the checks are delayed, the point is that law-abiding Americans may be more than inconvenienced. It isn’t just a cost of doing business that makes it difficult for gun shows and gun stores to operate. If someone is being stalked or threatened, delays in getting a gun may make the difference between life and death.