Last March, the National Labor Relations Board (NLRB) filed a complaint against Boeing for its decision to set up a non-unionized production line in South Carolina. The complaint alleges that Boeing is locating a second production line in that state to retaliate against striking union workers in Washington State. 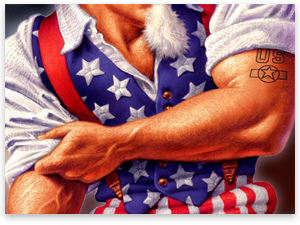 Since 1989, there have been four strikes at Boeing’s Washington facility. The last strike lasted eight weeks and cost the firm $2 billion.

In 2009, Boeing invested $1 billion in a new factory in South Carolina, a right-to-work state, and hired 1,000 local workers. Had Boeing then laid off 1,000 workers in Washington State, the NLRB might have had a case.

However, Boeing actually increased its Washington workforce by 2,000.

It is perfectly reasonable for Boeing to install a second line in South Carolina to hedge against the uncertainty associated with unionized labor.

That is not retaliation- it is simply smart business.

However, it is completely unreasonable for unionized workers to have a veto on where a company decides to allocate shareholder capital. Yet that will be the ultimate result if the union wins this case.

This case is less about Boeing and more about establishing a union beachhead into so-called right-to-work states. Right-to-work states have laws that secure “the right of employees to decide for themselves whether or not to join or financially support a union.”

Unions hate right-to-work laws because they cannot force workers to fund their bloated coffers. They are also likely concerned that so many companies are relocating to more business-friendly, right-to-work states. Union leaders are so invested in their archaic system of doing business that they are willing to destroy 1,000 jobs to make their point.

Are right-to-work laws really as bad as opponents claim?

Let’s look at the public record.

The employment picture in right-to-work states also appears to be much more stable. Since February 1990, net job additions or losses have been nearly 46% more volatile in states that did not have right-to-work laws. Over two-thirds of the time, unemployment can swing within plus or minus 103,000 jobs versus 150,000 in the other 28 states. While correlation does not imply causation, union activity seems to be highly correlated with job uncertainty on both the supply and demand for labor. Companies have little control over whether their employees will strike and employees are more likely to lose their jobs as companies close their operations and move to greener pastures with cheaper labor, such as China or India.