This week I filed a lawsuit against the National Aeronautics and Space Administration (NASA), in federal district court in the District of Columbia on behalf of The American Tradition Institute’s Environmental Law Center. On the heels of obtaining a court order last month compelling the University of Virginia to produce the long-sought ‘Hockey Stick’-related records, ATI’s transparency project now seeks to force NASA to release ethics records for taxpayer-funded global warming activist Dr. James Hansen, specifically those pertaining to his outside employment, revenue generation, and advocacy activities. 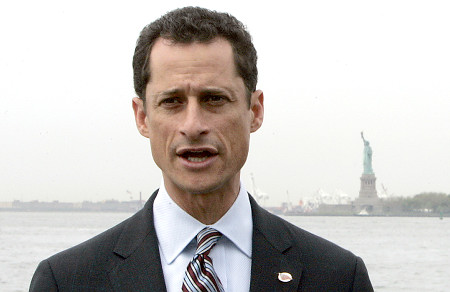 What we are trying to determine is whether NASA approved Hansen’s widespread, well-documented, high-profile and, it turns out, extremely lucrative “outside employment and other activities”, permission for which must be obtained in writing, in advance. Public financial disclosures and other documents reveal that he has received at least $1.2 million in the past four years, more than doubling his taxpayer-financed salary.

You may have seen Monday’s Washington Post front page article, titled in the print edition “Deliver the sound bite, watch donors eat it up: incendiary comments can light a fire under candidates’ fundraising”. As we demonstrate in our complaint, the connection seems to exist elsewhere in government, too.

That is, although we removed from the final version a reminder of Hansen’s escalation to knee-jerk invocation of Nazi analogies, this remains a key point about this gusher of outside income. All of which comes on top of — and, more troubling, is all “related to” and is sometimes even according to his benefactors expressly for — his taxpayer-funded employment.

This pursuit began on January 19 when ATI filed a Freedom of Information Act (FOIA) request (PDF) with NASA’s Goddard Institute for Space Studies (GISS), which Hansen directs, seeking records detailing his and NASA’s compliance with applicable federal ethics and financial disclosure laws and regulations and with NASA Rules of Behavior. Thus far the agency has denied ATI’s request for Hansen’s Form 17-60 “Application for permission for outside employment and other activity”, and internal discussions about same.

NASA argues rather implausibly that release would constitute a “clearly unwarranted violation of Hansen’s privacy rights”. More implausibly, NASA claims that ATI’s several pages of explanation failed to establish that the one-page, required applications — if they exist, which we have reason to question — would “contribute to the public’s understanding of the activities of the Government, or how it would shed light on NASA’s performance of its statutory duties.”

But of course, whether NASA complies with ethics laws is patently of public interest. This is affirmed by Hansen’s position being senior enough to require him to file vastly more detailed Public Financial Disclosure filings, or Form SF 278, which are made available to the public on request. Both are for the simple reason that a senior employee’s outside revenue-generating activities are inherently in the public’s interest according to the Ethics in Government Act.

Dr. Hansen engages in high-profile public advocacy with regard to global warming and energy policy, directly trading on his platform as a NASA astronomer to gain interest and attention. This outside employment and other activities relating to his work have included consulting, highly compensated speeches, six-figure “prizes”, a commercial book, advising Al Gore on his movie “An Inconvenient Truth” and, lately, advising litigants on suing states and the federal government.

Since escalating the “provocative” (in Hansen’s word) nature of his advocacy in a 2006 “60 Minutes interview”, these outside activities have become extraordinarily profitable — yielding on average more than a quarter of a million dollars per year in extra income between 2007 and 2010 from outside sources, all relating to the work he is paid by the taxpayer to perform for NASA.

Dr. Hansen has admitted that this these offers for his outspoken public service began flowing after that “60 Minutes” interview, in which he accused the Bush Administration of “censoring” his global warming views. Records show a sudden spike in highly compensated speeches on the subject of his work, as well.

As we note in our complaint Hansen, by his own admission, turned down the first offer of a mere $10,000, to avoid the improper appearance of escalated public advocacy being for the money. The offers soon became larger, sometimes much larger. He also became of a different mind.

While ATI sues today seeking only transparency, the fact remains that, under federal statutes and NASA rules, employees may not privately benefit from public office; also, outside income must be disclosed, certain activities avoided, and permission must be applied for before engaging in permissible outside employment or activities. Our FOIA Request and now our lawsuit seeks official documents which, if they in fact exist, would inform the public about NASA’s and Hansen’s adherence to all such rules which compliance, given records already obtained and the public record, is in doubt.

The President and the Attorney General have made clear their commitment to transparency and a high standard of ethical behavior by government employees. Congress and the Supreme Court have also weighed in on the matter, leaving no doubt as to the seriousness of senior public officials taking substantial outside income for work related to their taxpayer duties.

NASA needs to clear the air by releasing the documents about Dr. Hansen’s outside employment and other activities, and whether he and NASA are fulfilling their statutory and regulatory obligations that come as conditions of their subsisting at the taxpayer’s expense.