In the summer of 1985, persons within the Reagan administration sold hundreds of anti-tank missiles to Iran in exchange for the release of an American hostage named Benjamin Weir. For more than a year afterward, hundreds upon hundreds more missiles and missile parts were sold for the release of other hostages being held in Iran as well. 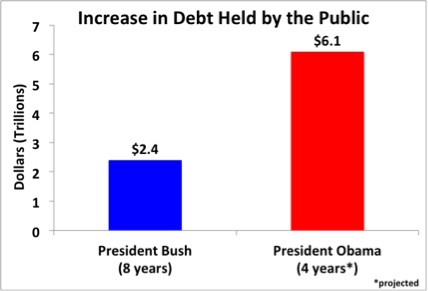 The money received for the missiles was then sent to Contras in Nicaragua to support their efforts against the communist Sandinistas. (The Sandinistas were revolutionaries who had seized power in Nicaragua a year before Reagan was elected president, while the Contras were counter revolutionaries whom persons inside the Reagan administration were relying on to curb the further spread of communism.)

With subtle changes along the way regarding the price paid for the weapons, the way the weapons were delivered, and the recipients of the weapons, the sales to Iran and the flow of money to the Contras continued unabated for over a year.

Then, in late 1986, everything came to light and what we all know now as the “Iran/Contra scandal” was underway. It would result in an independent prosecutor, Lawrence E. Walsh, charging 14 members of the Reagan administration, 11 of whom were convicted: included in these 11 were “employees of the National Security Council staff, the Department of Defense, the Department of State, and the Central Intelligence Agency.”

Reagan was not found guilty, as there was not sufficient evidence that he knew about the sales or the subsequent monies that were sent to the Contras. (There definitely weren’t any speeches wherein he boasted of overseeing the program, as there are with Obama’s Attorney General Eric Holder and Operation “Gun Runner.”)

Now, jump to 2011. It’s simply undeniable that Holder is smack dab in the middle of “Gun Runner” and “Fast and Furious.”

It’s also undeniable that as a result of these two programs, approximately 2,500 guns were sold to “straw purchasers” who were then allowed to smuggle the weapons illegally into Mexico with the DOJ’s knowledge.

It’s undeniable that only 1300 of the approximately 2500 guns have been recovered: which leaves 1200 guns in the hands of criminals in Mexico and, according to one of the ATF’s own supervisors, has to be factored into the mix when one considers that in March 2010 alone, 958 people were killed in Mexico.

It’s undeniable that U.S. Border Patrol Agent Brian Terry was killed with weapons obtained via “Gun Runner,” and roughly 150 Mexican law enforcement agents are believed to have been killed by weapons from “Gun Runner” as well.

Moreover, with the recent new gun control mandate which requires gun stores in Arizona, California, Texas, and New Mexico to make a special ATF report for multiple long gun sales, it’s become hard to deny that the plan all along was to use “Gun Runner” and “Fast and Furious” to create chaos sufficient to persuade American citizens that we need more gun control.

And I haven’t even mentioned the fact that Representative Darrell Issa and Senator Charles Grassley have uncovered a cheat sheet of shorts, which someone in the ATF conveniently made available to those who might be asked to testify in any “Fast and Furious” investigation.

We have recently learned that the Bureau of Alcohol, Tobacco, Firearms and Explosives (ATF) has afforded potential witnesses for the Committees’ investigation into Operation Fast and Furious access to a shared drive on its computer system replete with pertinent investigative documents, including official ATF e-mails.

Iran/Contra was overseen by a few mavericks without official administration approval. Yet even those involved appear to have been motivated by the chance to curb the influence of a fanatical anti-Western regime in Iran and a freedom-crushing communist regime in Nicaragua.

On the other hand, Operations “Gun Runner” and “Fast and Furious” were conducted with the current administration’s knowledge, and over a thousand people are dead as a result. And now, in the midst of the desperate cover-up before us, participants in the operations are apparently being coached on what to say to investigators. (And don’t forget that the ultimate goal of these operations was not near as lofty as that of Iran/Contra. Rather, it seems to have been to pass new laws infringing even further on our 2nd Amendment freedoms.)

Oh, and I almost forgot to mention that the Stimulus package Obama signed, and of which he is so proud, included $10,000,000.00 in funding for “Gun Runner.”

Unlike Iran/Contra, it looks like this mess goes all the way to the top.