If I had a nickel for every time someone on the far-left likened the Tea Party to terrorists, I might have enough to pull the United States out of its economic turmoil. The entire situation has grown to be far more than just something that foolish people say; it has climbed the political ladder to reach the highest echelons of American government: 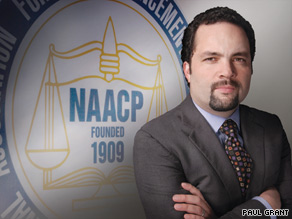 From Politico (quoting Biden in reference to the Tea Party):

It is one thing when Mike Doyle of Pennsylvania decided to embrace the crazy when he compared the debt ceiling dealings to a virtual hostage situation, with the Tea Party essentially running around the House strapped with C4, waving Ak-47’s at the Democratic Caucus. It is a different story entirely when the Vice President of the United States engages in this type of violent rhetoric. Apparently, Mr. Biden did not receive the memo that terrorism, and those who commit terrorist acts, has never, will never, and can never be a laughing matter.

Is it unreasonable then to ask for the resignation of the Vice President? Mr. Obama suggested that Anthony Weiner resign over allegations (which were later confirmed) that he used Twitter to provide one too many dirty photos to several different ladies over a three year period. Certainly this situation is much more foul, much more divisive, then the one involving a man who seemed incapable of keeping it in his pants. And while Biden will cater to his need to not be overly criticized for his remarks with a “sincere” apology delivered via secretary, it will be some time before those on the Right who associate themselves with the movement, including members of congress, forget what was said during that closed door meeting.

But such remarks can be taken much more personally.

Even now, in 2011, the events of September 11th still haunt many. When we are having a conversation about building mosques near Ground Zero, and fighting a war that was inspired by extremist violence, and when everyday we are in immediate danger of possible attack again on our own soil, for the right hand man of the leader of the free world to insinuate that a powerful, anti-establishment movement is driven by a desire to completely dismantle the U.S. economy through fiscal jihad, is unthinkable. Unthinkable, that is, until you realize that we live in the Age of Obama. These remarks, made by our Vice President, and democratic congressmen, and liberal media journalists, may do much in placating the needs of Media Matters and its constituents, but it does nothing to unite the American people.

So what can we then say about accusations of Tea Party terrorism by the Left? We can clearly assess that these statements are inspired by un-American principles. No reasonable person with a heart for this country like the Tea Party’s could allow such hateful rhetoric to slip from their mouths. And if roles had been reversed, and it was Speaker Boehner accusing the Left of wanting to commit a mass murder on American ideals, the Left would have been up in arms, and someone would have had the honor of making Keith Olbermann’s ‘Worst Person in the World’ hit list. To the Left, this really is a game, and as conservatives focus on fixing a broken economy, liberals have focused their attention on whether the Tea Party is transporting Yellowcake in their shoes to the Capitol Building.

Biden owes the Tea Party much more than an apology. In 2012, he, and President Obama, will pay them with their jobs.