Let’s talk about fairness. As President Obama himself explained in a debate back in 2008, the tax code isn’t and shouldn’t be structured for maximizing either revenue or economic growth. 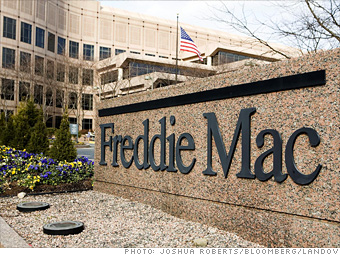 It’s about fairness. And by fairness, he means a highly progressive system where a small percentage of the population known as “the rich” (a group continually being defined down) pays more and more of their income to the Treasury, ostensibly to be redistributed to those who “need it”, with need being defined by Obama and his gangs of central planners.

In the current “unfair” system Obama ostensibly disdains, the wealthiest 1% of households pay 38% of all income taxes, the top 5% (those earning more than $160,000) account for 59% of all federal income taxes, while a Tax Policy Center study showed the bottom 45% paid no income taxes in 2010.

Looking at these numbers, anyone truly concerned with fairness — not vengeance — must conclude the wealthy are shouldering an unfair burden in a system in which they stand to benefit the least.

Obviously we all pay taxes of one sort or another. There are payroll taxes, Social Security taxes, property taxes, sales taxes. At the local and state levels, the wealthiest pay a higher percentage of the tax burden, because they’re buying more expensive properties and purchasing a greater number of goods and services with their disposable income.

But they benefit equally from laws protecting their property, police and fire departments, roads, public schools, and public parks and institutions. (Those who send their kids to private schools pay the cost of those schools plus the cost of the public school, for which they receive nothing in return.) Those who pay less or nothing have equal access to these protections and services.

Defending the country and our national interests is in the interest of all citizens, regardless of income level. But national defense accounts for roughly 20% of the federal budget, and is a shrinking percentage of both the budget and GDP.

The recent debt ceiling debate presented another opportunity for the president and his class warfare brothers-and-sisters-in-arms to roll out their standard rhetorical lines. We heard the usual refrains about protecting oil companies and yacht and jet owners, about corporations sending jobs overseas; and best of all, the moral tug of “shared sacrifice”. Senator Sheldon Whitehouse (D., R.I.) stated that Republicans are talking about “protecting the top 400 income earners of the country . . . people who made on average more than a quarter-billion . . . in one year”.

Taken at face value then, we’re to believe “fairness” and “shared sacrifice” means 400 people out of a nation of 307 million will be paying for the vast majority of the salaries of unionized federal workers, the running of the federal government itself, regulatory agencies, frivolous programs, national defense, and entitlements; not to mention the interest on the national debt, which now stands at over $14 trillion, most of which results from the entitlements going to the other 306,999,600 citizens of America.

But yet, when our ruling class in Washington breaks the bank, they call on the very people who create and innovate and build and employ the most, because, well, that’s just not enough. Fork it over, pay your fair share, and save the country from default. It’s your patriotic duty.

If raising taxes on the wealthiest Americans was really about generating enough revenue to make a serious dent in deficit and debt levels, they’d have to go much further than a repeal of the Bush tax rates. In fact, if the federal government were to cover spending through tax revenue rather than cutting, according to the group Public Policy, the top rate would have to go from 35% to 88%, the middle tier from 25% to 63%, and the lowest tier from 25% to 63%. That’s what shared sacrifice actually looks like.

Considering 99% of the population isn’t the 1% that pays 38% of all federal income taxes, it’s easy for people to succumb to the temptation of believing it’s “someone else’s problem”. They can afford it. But if “someone else’s problem” were to become their own problem, they’d most likely revolt. Most of those who favor soaking the rich likely aren’t aware of the burden they already shoulder.

A New York Times/CBS News poll from April found 72% of Americans thought people making more than $250,000 a year should pay more in taxes. There’s no evidence responders to the poll were told before they were asked what those people already pay.

Other polls show half of respondents believe middle-income earners carry the heaviest load. But a 2009 Resurgent Republic poll found that 69% of registered voters, including 62% of registered Democrats, want to keep at least 80% of what they earn.

If we’re seriously going to entertain the notion of covering spending through taxation (let’s eschew the nauseatingly in vogue “revenue”, shall we?) then let’s look and see where the money is. The accompanying graph (courtesy of the IRS) shows the big fat pile of money right there in the doughy middle. If you’re serious about taking in more money, then the money can be found amongst the middle-class, the sweet spot being earners making between $50K and $100K per year. This chart alone should be enough to nuke the argument that we can tax-the-rich our way out of our debt problem.

Conservative and so-called Supply Siders have pointed for decades to the Laffer Curve, which graphically illustrates marginal tax rates that result in the greatest amount of tax revenue. Accepting the Laffer Curve as factual may be accurate, but by focusing on maximizing revenue conservatives play into the notion that tax and economic policy motivates from what’s best for Government, not what’s best for society or individuals.

Alas, current tax policy is not about maximizing revenue, it’s about — as Obama said — fairness. Fairness defined by someone else. Democrats have convinced enough of the electorate to believe fairness means “someone else pays for it”. Our president and our legislators now openly use language like “those who can afford it” and “money they don’t need”. This implies politicians — or anyone, for that matter — can declare an acceptable amount of income necessary or needed. The rest is surplus, to be redistributed as our philosopher kings dictate. Or, as Michael Moore stated, money belongs to the collective, not the individual. Income becomes something allowable, and that which is allowable can be limited. And as we continue to define wealth down, how long before that addition to the house or that new refrigerator or four-door sedan becomes something else not really “needed”? Those who think they’re immune now will soon discover a different story.

Democrats use tax policy to garner as many votes as possible and to engineer social policy. Over the years they’ve successfully lowered the income tax burden to near zero for half the population, who will ostensibly continue voting for politicians who promise to spare them and stick it to someone else.

Their arguments appeal to the worst traits of humanity; in fact, several are included in the Seven Deadly Sins: greed, pride, lust, envy. Considering their arguments make no sense for either maximizing government revenue or economic growth, the entire basis for their policies boils down to exploiting some of humanity’s worst traits, setting themselves up in the role of dividers and conquerors.

Whenever I hear someone say “They don’t need that much money”, my response is to ask what they might do with all that “extra” money they don’t need. Will they hide it under their pillows, keeping it from hungry hands? Or might they spend it on something, something someone else builds, services, or provides? Might they hire landscapers, or buy expensive dinners? Perhaps they will buy that yacht. And when they do, into whose hands does that money fall? And those people will continue building those products and providing those services because someone else wants them.

The government could take that money and pay people to dig ditches and fill them back in, as Milton Friedman said. But who does that benefit? And there lies the question so few think to ask. An economy built on paper IOUs will eventually crumble, as we’re seeing across Europe and here in the U.S. Money spent by government is often just the passing around of imaginary value. Real value comes from work and usefulness.

Therefore, tax policy is as much a moral issue as it is a fiscal one. When the left defines “fairness” as using coercive force to take money from those who have it to give to those who want it, they’re punishing hard work and real value while rewarding those who will vote to keep themselves on the receiving end. They’ve created a system where a sliver of people provide a highly disproportionate share of the benefits and protections of government to the many. The contributions are not equal, and neither are the benefits.

Not only is such a system unfair, as would be described in regards to any other circumstance, but it poses a threat to democracy. Assuming people will vote with their own self interests, those paying little to nothing in taxes will continue voting for those who vow to place that burden on someone else. They accept more of the benefits and face little to none of the cost. It’s impossible to keep government in check from overreach and overspending when those voting face none of the perceivable consequences.

If we’re really going to talk “fairness” and “shared sacrifice”, then we need to talk about spreading the burden of government around. If there were such a thing as fairness, the wealthiest would pay fewer taxes and would be celebrated for their talents and contributions to the rest of society.

The middle class would pay more than the paltry 2.7% (or 0%) they pay today, and would therefore have a greater stake in where that money goes. As long as it’s someone else’s money — whether the jetting-and-yachting rich or the treasury-buying Chinese — the disputes in Washington are someone else’s problem. Real tax reform is not about revenue, it’s about morality and a responsible government accountable to a responsible citizenry.

By sharing more of the cost of government, the vast majority of Americans can stop thinking about how to funnel more money to themselves from someone else, and more about how a large share of their working life is spent providing funds to a government that should act in the interests of all its citizens, equally. “Fairness” is a much flatter tax system where everyone has a stake.