In the months of stories we’ve done on the Pigford settlement, people often leave comments that say “Hey, I have a houseplant — can I get $50,000, too?!?”

Since you asked — yes, you can. You don’t even need the plant. 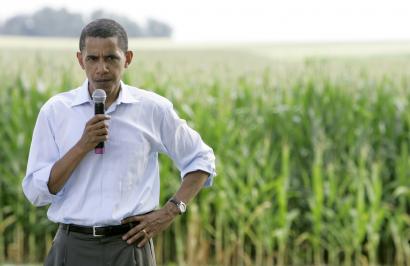 Just visit FarmerClaims.gov and go to the bottom of the home page. You’ll find a link to a Summary of the Claims Process that brings up a PDF. At the top of page 2, it explains what you need to provide for proof if you’re claiming that you made a ‘bona-fide’ attempt to apply but were actively discouraged.

This short video I made lets people know how easy it is to collect.

What does this mean practically?

If you were to provide a specific, detailed, sworn statement saying (for example) that you accompanied your (now deceased) Mother to a USDA office in 1995 (to pick a year that falls within the time frame of the settlement) and that the mean people at the USDA wouldn’t even give her an application — it seems like that’s all you’d need to qualify for up to $50,000 under the Love ‘Woman Farmer” settlement.

The government is telling you what you need to know in order to file a successful claim with a low standard of proof that can’t really be proven one way or another. They created special instructions to cover just such a case. It seems like they really want to give this money away.

So, yes – you can collect $50,000. Obviously, you shouldn’t commit perjury — just because the press and politicians didn’t do any oversight on Pigford doesn’t mean they won’t on these settlements, right? And just because there’s no way to prove whether your Mom (or wife or sister or grandmother) actually went to the USDA or not, doesn’t mean you should take advantage of this obvious, giant loophole.

But job your memory. The woman farmer case is an active settlement and you very well may qualify for it. In fact, the claims packages haven’t been sent out yet. (I ordered mine last week.) And $1.3 billion is already set aside to pay it although that number could go way up since there’s no cap on “Tier 1” claims

Who says the government is broke?