The United Nations Framework Convention on Climate Change (UNFCCC) was held on August 2 – 6, 2010 in Bonn, Germany. It was the third round of U. N. climate change negotiations with representatives from 178 governments present. The meeting was designed to set the agenda for what they hoped to accomplish at the United Nations Climate Change Conference in Cancun, Mexico in November and December of last year. 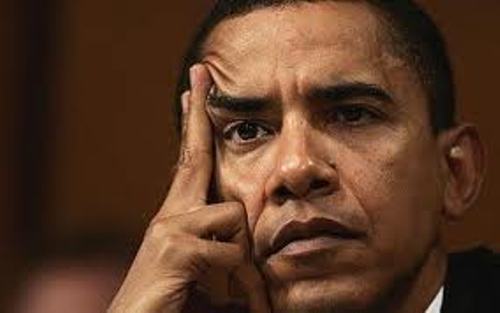 The information in their press release conveyed the urgency of the U. N. to get this moving forward with solid agreements reached by the November/December conference. The text in this press release is so extremely important for all of us to understand that paragraphs have been copied verbatim.

“Christiana Figueres pointed to the opportunity to capture the promises, pledges and progress that governments have already made, in accountable and binding ways. According to Ms. Figueres, governments now need to resolve what to do with their public pledges to cut emissions. All industrialized countries have made public pledges to cut emissions by 2020 and 38 developing countries have submitted plans to limit their emissions growth.”

“This needs to be captured in internationally agreed form, the U.N.’s top climate change official said. More stringent actions to reduce emissions cannot be much longer postponed and industrial nations must lead, she added.”

“Ms. Figueres pointed out that governments agree to a comprehensive set of ways and means to allow developing countries to take concrete climate action.”

“This includes adapting to climate change, limiting emissions growth; providing adequate finance; boosting the use of clean technology; promoting sustainable forestry; and building up the skills and capacity to do all this.”

A brief history of the UNFCCC – With 194 Parties, the United Nations Framework Convention on Climate Change (UNFCCC) has near universal membership and is the parent treaty of the 1997 Kyoto Protocol. The Kyoto Protocol has been ratified by 190 of the UNFCCC Parties. Under the Protocol, 37 States, consisting of highly industrialized countries and countries undergoing the process of transition to a market economy, have legally binding emission limitation and reduction commitments. The ultimate objective of both treaties is to stabilize greenhouse gas concentrations in the atmosphere at a level that will prevent dangerous human interference with the climate system.”

“Industrialized countries further pledged to find ways and means to raise 100 billion dollars a year, by 2020.”

Although the United States has never ratified the Kyoto Protocol, at the 2009 Climate Conference in Copenhagen (COP 15), U.S. Secretary of State Hillary Clinton pledged that developed countries would mobilize $100 billion by 2020 from both public and private sources for climate mitigation and adaptation in the developing world. The list of countries that have ratified the Kyoto Protocol may be viewed here.

The global mission for Sustainable Development has found a home and is being pursued in many if not all of the Administration’s Cabinet Departments, particularly within the United States Department of Agriculture and the Environmental Protection Agency.

During his administration, President Obama has signed several executive orders that are creating massive bureaucracies to further our observance, in lieu of ratification, of the treaty. Executive Order 13547: Stewardship of the Ocean, Our Coasts and Great Lakes was covered under a previous article. This Executive Order can be tied directly to Agenda 21:

Chapter 17.1 – PROTECTION OF THE OCEANS, ALL KINDS OF SEAS, INCLUDING ENCLOSED AND SEMI-ENCLOSED SEAS AND COASTAL AREAS AND THE PROTECTION RATIONAL USE AND DEVELOPMENT OF THEIR LIVING RESOURCES . In addition, this executive order clearly states its intent of “pursuing the United States’ accession to the Law of the Sea Convention.”

This video from a Fox News report details the government expansion of control of our food, fiber and energy production in our vast rural areas through this executive order.

They are not wasting any time. A press release dated August 8, 2011 from the EPA announced EPA and USDA Create a Partnership to Improve Drinking Water Systems and Develop Workforce in Rural Communities that states “The U.S. Environmental Protection Agency (EPA) and the U.S. Department of Agriculture (USDA) today announced a national partnership to protect Americans’ health by improving rural drinking water and wastewater systems.”

The twenty year anniversary of the Rio Summit, Rio + 20, will be held June 4 -6, 2012 in Brazil. There are a lot of people in our government working very hard to make sure that the United States has made substantial progress in meeting its commitments to the world.

This is the reason for the massive funds being allocated for “green jobs” and “renewable energy”, high speed and light rail, and shovel ready infrastructure jobs. This is why we are sending so much money to countries to help “nation build” and promote smart growth and smart power.