About nine years ago, I sat down for my first class in law school: contracts. I don’t remember the name of the first case that our professor had us read, but I remember what it was about: remedies. The case was largely noteworthy for its discussion of the proper measure of “damages”–what us lawyers call the amount of money awarded to the victorious plaintiff. The professor explained how one casebook author used to start his entire first chapter and the first few weeks of class discussing nothing but the proper measure of damages–that is, how much money the plaintiff gets. Because in the end, that is how you demonstrate the value of the right in question: by providing an appropriate remedy when it is violated. 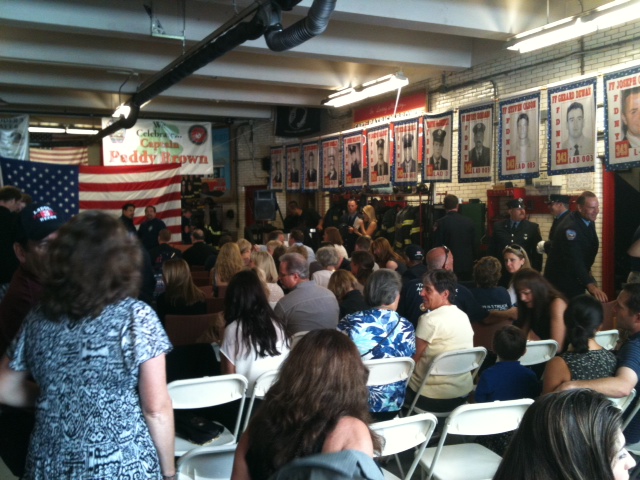 It is appropriate tonight to remember what happened thirteen years ago in Jasper, Texas. It may be hard to read it, but the victim deserves your attention and remembrance. From an article on one of the related trials:

In his closing argument, another prosecutor, Pat Hardy, described [William] King and his co-defendants as “three robed riders coming straight out of hell.” Noting that [James] Byrd’s dismembered body was left by the gate of an old black cemetery, Hardy said the three wanted “to show their defiance to God and Christianity and everything most people in this county stand for.”

Byrd, who was unemployed and living alone in a subsidized apartment, was walking home from a family gathering after midnight when he was picked up and driven to woods outside the city. There, he was beaten, then chained at the ankles and dragged behind a pickup truck for about three miles. In testimony Monday, a pathologist said Byrd was alive until his head and right arm were torn off by the jagged edge of a roadside culvert.

That testimony was crucial for the prosecution. The underlying felony of kidnapping is what made Byrd’s murder a death-penalty offense. For Byrd to have been kidnapped under Texas’s definition of the crime, he had to have been alive while being dragged.

Which is excellent legal thinking on the part of the prosecutors, but it also highlights a grisly fact: Byrd was alive and certainly aware as much of his body was ground like meat. This was a cruel and torturous way to die.

Last night in Texas, one of those accomplices, Lawrence Russell Brewer was put to death for his role in this horror. It is often wondered by death penalty opponents how people professing to believe in the sanctity of life can support the death penalty. But what greater affirmation of the value of James Byrd’s life could there be, than to say that the price of his murder is the death of those killed them? The value of the right is determined by the remedy for its violation. This is as true in a simple breach of contract as it is in murder.

In 1857, the Supreme Court declared that black people “had no rights which the white man was bound to respect.” Texas affirmed today that the right of James Byrd to his life was one that three white supremacists not only were bound to respect, but that the violation of that right would cost at least one of them his life. It is a grim moment for which Texans can rightfully feel a solemn sense of pride.