I had lost touch with my friend and businessman Domingo Bernardo many years ago, and he finally turned up on Facebook. Domingo’s story is an incredible one: 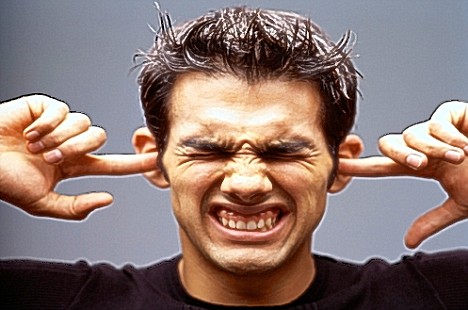 My father “earned” his way out of Cuba by working essentially as a slave on the sugar cane fields for 2 years, where more than 25% of the people died within a year from malaria, as a punishment for asking for an exit visa. We went back to Spain with the clothes on our backs (I was a toddler). When Franco died, many Spaniards (my whole family is from Spain, my parents were in Cuba for only a few years), figured Socialism would come in, so many (like us) left, running from socialism to a country where we knew no one, had no jobs, and didn’t understand the culture or the language. Socialism always does that — creates an incentive for the bright, the educated, the entrepreneurs and the wealthy to leave, leaving the country with what? So we came to the U.S.

I learned English at 14, worked hard to get out of the ghetto, got into Cornell with a special language waiver, managed to get a Cornell engineering degree, then joined the Navy. Part of the reason I served was that I felt like I owed the country something for taking us in. I got hurt in Bosnia,came home, worked hard to establish a business, and now I’ve left my country, because I can’t take the Socialist slant anymore, and I am so tired of the regulations that make it almost impossible to do business in the U.S. When I closed my home theatre installation business, I was not an engineer; I was a paper-filler-outer. I have ZERO incentive to start my business in the USA between the taxes and the regulations. The last straw was this summer; there are now over 6,000 lamps I can no longer use in jobs. If I do, there is a fine of $5000 PER LAMP all for some hoax called Global Warming. By the way, the new “better” lamps are from 4x to 10x costlier, and the “environment-killing” lamps are being used in every other non-EU country.

You need to understand Domingo as I did. We were on the same dorm floor freshman year. All he did was study. He busted his ass, and every other day he talked about how grateful he was to the U.S. He always intended to join the Navy, despite us (at the time, foolish liberals) trying to talk him out of it. For this man to do all he has done, then leave of his own free will? Wow.

Now, he lives in Costa Rica. Here’s the letter he sent (edited for length):

So I decided to take a walk today. This was a Saturday afternoon, and people were doing their business like any other day. Dogs ran around — no collars, no tags, yet no one seemed to care or be bothered. I saw homes of the poor, the rich and the in-between, all mixed up, on the same street as the church, the schools, the bars, the restaurants and the convenience stores. Many people were dressed in clothes that would surely make the Goodwill rack in the US. Yet, the people were clean, tidy, polite, groomed, and well-dressed. No flip-flops or torn jeans in church or school, no ragged clothes or shirts with profane slogans — even the people in the bus stops were well-dressed and smelled of perfume and cologne.

The roads are shared by horses, pedestrians, bicycles, motorcycles, ATVs, cars, trucks, buses and other vehicles. Somehow hundreds of vehicles taking treacherous turns at steep angles manage to share the road with no incident. There are no medians, no sidewalks, no emergency lanes, no jersey borders, no reflective gizmos on the road, not even a yellow line down the middle. The roads are barely wide enough to allow two cars through, yet buses and trucks manage the turns all day. I even saw an amazingly adept chicken cross the road. In six hours, seeing dozens of intersections, I saw zero STOP signs, one blinking red signal light, no ridiculous “slippery when wet” or “dangerous curves” signs, no highly paid DOT workers standing around with signs that say “SLOW” and of course, no highway marker signs or street name signs. Somehow, 5 million people manage to navigate a country a little smaller than West Virginia with barely a touch from the government. I did not see a single police car all day. We in America are so accustomed to having government in every aspect of our lives and so prevalent in our society, we don’t even notice the intrusion anymore.

There were people cleaning their cars, painting fences and mixing concrete for repairs to their homes. Some had very little, but what they had they kept with pride. I saw almost no graffiti, even in the city center. Most of the homes had been built or expanded by the homeowners. I felt the pride and the dignity of the people everywhere. There were people in their tidy uniforms performing all types of duties. You see beautiful girls standing in the aisles of the supermarket asking you to try new products. There were men working for small tips at the parking lots, charging you a few colones (a quarter) to clear the traffic while you park, and to watch your car while you spend time inside the store. People were doing what they could, working instead of begging.

I met an old impoverished lady who told me through her crooked smile and missing teeth to “travel with God”, and she asked whether I was interested in a live chicken. She raises chickens, then sells eggs and chickens (live or dead) to anyone walking by. Some of the eggs still had straw on them. I am reasonably sure she does not read mountains of regulations regarding raising and selling chicken products, nor does she have a myriad of health inspections, yet she manages to have an apparently loyal clientele. There was an actual line of people waiting for her to bring the fresh eggs. She works to get by and she is full of pride, flags of Costa Rica painted on her deteriorating porch.

Thinking again of lack of regulation, I saw two veterinarians who work from their home. Half the house is a vet center, the other half is a residence. I walked past an orthodontist practicing from her home, as well as mechanics, car painters, a body shop, convenience stores, a butcher, and a vegetable market. There was an older lady who has quite a following for her meat patties, handmade and ready to eat, right next to the bus stop. And all this is done from their homes, without mountains of regulations or government agencies to get in the way.

Did you know that they cook with SALT here (yikes), PORK FAT (double yikes), real SUGAR (oh Lord), whole milk (fatty, fatty) and pretty much only drink water when mixed with coffee. Yet, the lack of obese people everywhere is amazing. Somehow, I don’t think it’s the salt, the meat, the pork fat or the sugar.

It is hard for me to explain what freedom feels like, but this place has it. These people are proud of what they are, who they are and what they’ve accomplished for themselves, what little or much it may be. This is all visible in the way they comport themselves with dignity. Though not highly educated, they don’t need thousands of pages of rules to tell them how to run a business, what foods to eat, where the bathroom needs to be, how large the door needs to be, how to establish bus transportation, or even how to drive up and down a mountain.

When people receive welfare, free food, free housing, free medicine, free babies, free education – now the US government has a program to provide free cell phones to people – people stop having drive and determination. People stop being proud in what they are and what they’ve done; productivity and creativity stop. Why bother creating when everything comes to you with no effort from a magical government fairy?

The entitlement mentality also makes you less caring about others. Why worry about them, since they can get everything for free just as well as you can? These people have not been ruined in that fashion, and it is so refreshing to breathe in the freedom. In fact, it is so foreign to us that have lived in highly regulated societies that we have lost the concept that people can, and do, fend for themselves. The people here in Costa Rica know that every day is a challenge and every day is a gift, they respect that double-edged sword, respect the others around them and strive to do something that will earn and sustain their personal pride.

By the way, there are no unions here. Malpractice insurance does not exist. And if you bring a ridiculous case to court, you lose your law license.

Are there downsides? Sure.

Flat consumption tax on everything, no exceptions…but no IRS, either.

Few firemen, but in earthquake country, all the houses here are built of solid concrete.

There is no military, so no defense.

Bumpy roads, since the gas tax is so low. Then again, America has potholes, too.

Court system is slow, but so is ours, and we have tons of taxes.

Crappy jails, but then again, jail should suck.

No road signs, but GPS is cheap.

No sidewalks, but no one cares.

It’s hard to point to truly “bad” things about Costa Rica. Unless you think it’s “bad” that it doesn’t have these things:

No Social Security or Disability

Poor people go to school in church schools, which run off donations, and people help each other here.

I’d close with some kind of profound comment, but why spoil it?