Is WikiLeaks biased against the West and the US in particular? This news item would tend to indicate so. 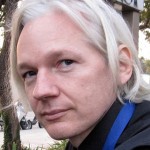 According to Christian Science monitor Moscow correspondent Fred Weir, Kremlin funded media outlet Russia Today, is to hire WikiLeaks founder Julian Assange. This despite the fact that Assange remains under house arrest in Britain, awaiting a Supreme Court decision on his extradition to Sweden to face sexual assault allegations.

WikiLeaks founder and controversy magnet Julian Assange has been driven off the Internet, deprived of funding and placed under house arrest. Now he will get his chance to strike back, courtesy of the Kremlin.

Starting in March, Mr. Assange will host a 10-part series of interview programs with “key political players, thinkers and revolutionaries” on Russia Today (RT), a state-funded English-language satellite news network which claims to reach more than 85 million viewers in the US alone.

According to a statement on his website, the new Assange series will explore the “upheavals and revolutions” that are shaking the Middle East and expose how “the deterioration of the rule of law has demonstrated the bankruptcy of once leading political institutions and ideologies” in the West.

Assange said in a statement published on his website:

“Through this series I will explore the possibilities for our future in conversations with those who are shaping it… Are we heading towards utopia, or dystopia and how we can set our paths? This is an exciting opportunity to discuss the vision of my guests in a new style of show that examines their philosophies and struggles in a deeper and clearer way than has been done before.”

According to Fred Weir the Kremlin should be very pleased with this coup:

The network says the series could reach as many as 600 million viewers worldwide.

The six-year-old Russia Today, which seems far better funded than most media these days, has battled accusations that it is a Kremlin vanity project since its inception.

The station tends to tiptoe gingerly around the controversies of Russian politics, but aggressively applies its own slogan – “Question More” – in its coverage of Western affairs and particularly the global role of the US.

In 2010 it opened a full-time US TV channel, RT America, which produces independent content on US politics and economics from what it calls an alternative – critics say anti-American – point of view.

Hiring Assange would seem a perfect fit for RT. Worries that WikiLeaks might dump a lot of embarrassing material about the Russian government into Internet never panned out.

However, the thousands of US diplomatic cables that it did release proved to be the gift-that-keeps-on-giving for critics and rivals of Washington, including the Kremlin.

“We liked a lot of the WikiLeaks revelations. It was very much in sync with what Russia Today has been reporting about the Arab Spring, and about the duplicitous policies of the US and its allies all along,” says Peter Lavelle, a senior journalist with RT and host of its Cross Talk public affairs program.

“I think the Russian government will be pleased [to see Assange working on RT]. It’s a soft power coup for Russia,” he adds. 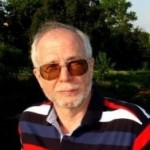 It is interesting that Fred Weir chose, (or was chosen), to break this story in the mainstream media. This is how he profiled himself in a March 2004 article in The Walrus:

I came to Moscow over twenty years ago as a correspondent for the Canadian Tribune, the now defunct weekly newspaper put out by Canada’s Communist Party. I was a third-generation red diaper baby from Toronto, and a long-time member of the party. My uncle, trained at the Lenin School in Moscow in the 1920s as an agent of the Communist International, spent many years in the USSR. I’d visited a few times, had studied Russian history up to the graduate level, but never wanted to live there until Gorbachev came to power in 1985…

I grabbed the Tribune job as soon as it was offered to me.

My own dispatches to the Tribune were mostly stories about how well Gorbachev’s plan was working out. I travelled in cramped, smoke-filled Aeroflot jets across the Soviet Union, from Leningrad to Vladivostok, and everywhere found people waking up to new possibilities…

Sometime in the spring of 1991… I was invited to a garden party at the country home of Andrei Brezhnev, nephew of former Soviet leader Leonid Brezhnev, in Zhukovka, an elite dacha settlement outside Moscow. One of the guests, whom I’d known for years as a functionary of the Komsomol (the Young Communist League) rolled up in a shiny white Volvo and told me he was now president of an import-export firm. Another, whom I’d often dealt with as an official of the Tribune’s fraternal newspaper, the Soviet Communist Party organ Pravda, boasted that he’d just been hired at a private bank. A third, even more surprising because he was the son of renowned Soviet dissident Andrei Sakharov, leaned over the table and handed me a card that announced him as an “international business consultant.”

In a “Statement by Konstantin Preobrazhensky, former Soviet KGB officer, on the impact and purpose of Russia Today television,” given to America’s Survival, Inc. organization, led by journalist Cliff Kincaid, released April 1, 2011, the former KGB officer wrote the following about it.

“Russia Today” was founded in 2005 especially for propaganda abroad. It has been aimed at ‘explaining Russia’s position on the main international issues and inform foreigners about Russian life’. According to Gzt.ru, it has been financed totally by the Russian government. In 2005-2006, the government has delivered $30 million annually. i

The methods of propaganda are managed by Directorate “A” of Russian Foreign Intelligence Service. The specialty of Directorate “A” is deceiving world public opinion and manipulating it. It has got a lot of experience over decades of the Cold War.

“Russia Today” is only a part of the Russian industry misinformation and manipulation created recently in the USA by Putin’s KGB. It is including the utilization of some American think-tanks and political scientists, their direct work up by Putin at annual meetings in Russia , putting Russian Americans under Kremlin’s control, etc. This industry aims at creating an inadequate, adorned image of Russia, provoking American to make wrong steps in their Russian politics.

Interestingly, Fred Weir is a contributing editor to Chicago based socialist journal In These Times, where he serves alongside Barbara Ehrenreich, a founder of Progressives for Obama and a member of the US’ largest Marxist organization Democratic Socialists of America. Ehrenreich’s daughter, Rosa Brooks (named after Marxist revolutionary Rosa Luxemburg), is a senior adviser to the Under Secretary of Defense for Policy, Michele Flournoy.

Barbara Eherenreich also serves as a trustee to the far left Washington DC “think tank” Institute for Policy Studies – once described by Brian Crozier, director of the London-based Institute for the Study of Conflict, as the “perfect intellectual front for Soviet activities which would be resisted if they were to originate openly from the KGB.”

In These Times, began life as an official project of the Institute for Policy Studies. Its current board of editors includes such leftist luminaries as David Axelrod‘s mentor Don Rose and long time Obama allies, former Weather Underground terrorist leaders, Bill Ayers and Bernardine Dohrn.

Moscow’s communist networks spanned the globe and in most cases still exist.

Is WikiLeaks just another chapter in the long running East West propaganda war?

A war the West is losing, because it doesn’t even realize it is still being waged.