With a new Government Accountability Institute (GAI) report highlighting the threat of foreign online campaign donations making a buzz throughout the Beltway, Breitbart News has discovered blog entries on President Obama’s official website that highlight the pervasiveness of the problem.

Just last week, a Canadian woman writing on President Obama’s official campaign website claims she made a campaign donation to the Obama campaign during the last election and that she intends to do so this time as well–a clear violation of U.S. election laws, unless an individual is a permanent resident or has achieved permanent resident commuter status: 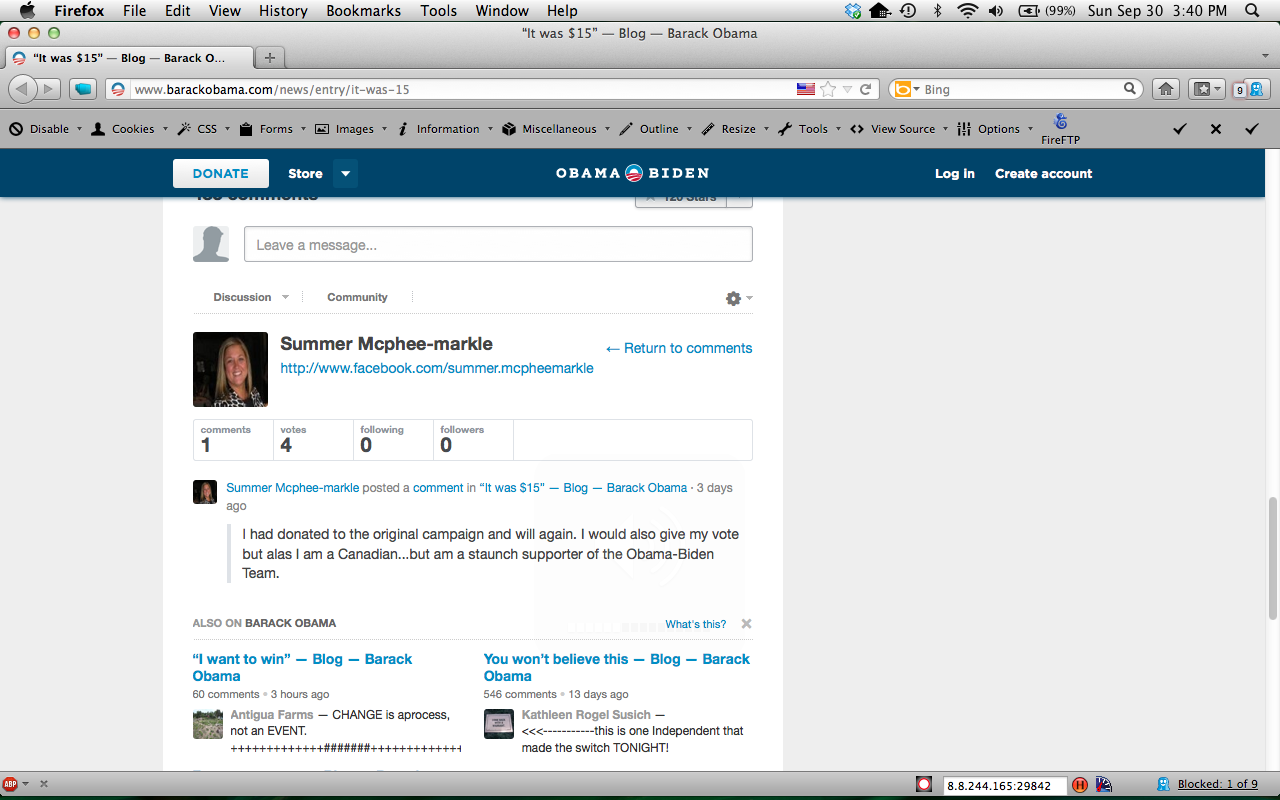 “I had donated to the original campaign and will again,” she writes. “I would also give my vote but alas I am a Canadian… but am a staunch supporter of the Obama-Biden Team.”

The Obama blog has since deleted all comments on the thread, but not before Breitbart News screen captured them (see above).

In another entry, a supporter comforts a noncitizen lamenting the fact they cannot vote or donate directly to Obama. In lieu of contributing to Obama, the consoler tells the foreigner, they should instead make a donation to the Democratic National Committee–an act that is illegal for noncitizens. 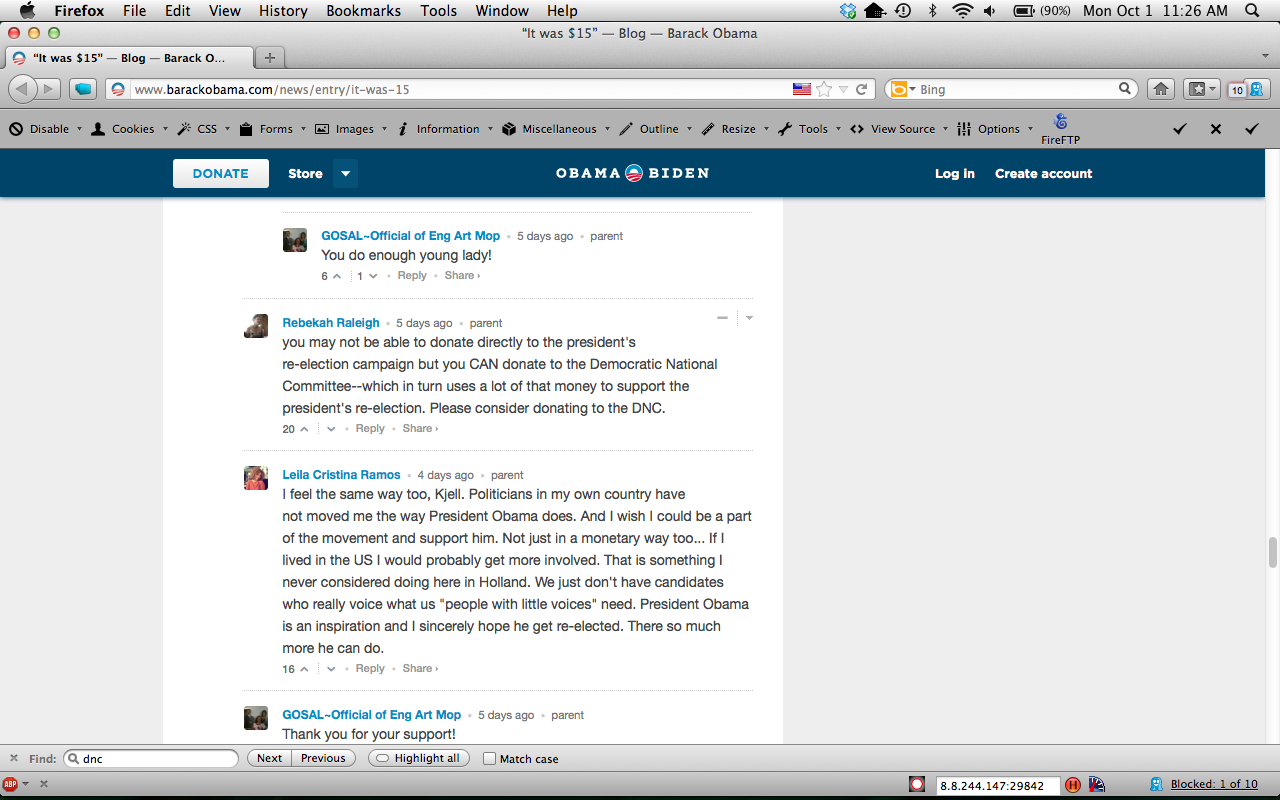 The Obama blog has since deleted all comments in this thread as well.

Are these postings the duplicitous work of Romney supporters pretending to be Obama backers? Or just the postings of misinformed Obama supporters unfamiliar with U.S. election laws? The anonymous nature of the Internet makes it hard to say for sure.

“That’s the point of our 108-page report,” said GAI President Peter Schweizer in an interview with Breitbart News. “The world of online campaign contributions is still the Wild West. Federal Election Commission laws have not kept up with technology. All that’s needed is a simple pop-up for foreign website visitors that asks individuals abroad to enter their military ID or Passport number. It’s not a perfect solution, but it’s a start.”

The GAI report, titled America the Vulnerable: Are Foreign and Fraudulent Online Campaign Contributions Influencing U.S. Elections?, also includes screenshots of the Obama and Romney campaigns posting in Arabic to foreign Facebook accounts that demonstrate how easily donation solicitations to non-citizens–again, a violation of U.S. election laws–can occur with just the click of a mouse.

“Bottom line: we are live in an iPod world with jukebox campaign laws,” said Mr. Schweizer. “It’s up to our leaders in Washington to update campaign laws to the dangers that come with our pixelated political reality.”