An enormous rally for Mitt Romney in Bucks County, PA had people incredulous and tweeting like fury:

@robertcostaNRO my mother is at the Bucks County Romney rally. Says she has never seen a crowd like this. Dwarfs the Bush ’04 rally crowd at the same farm.

@robertcostaNRO “The rally doesn’t even start for hours, but it feels like a Republican Woodstock.” — my mom, calling from Yardley, PA, a swing area.

@dgjackson WOW! One of the biggest crowds I have ever seen. This is quite the welcome in Pennsylvania. pic.twitter.com/g452PGXz 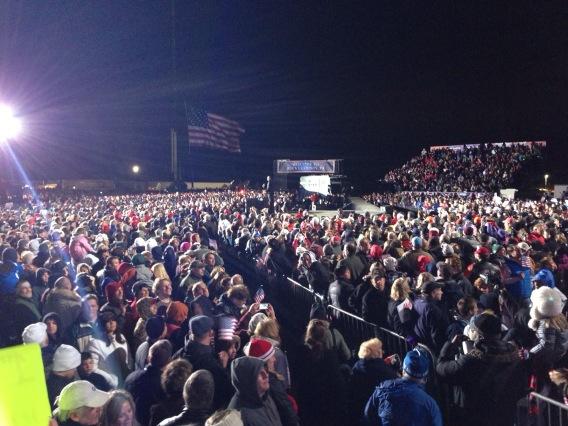 The rally isn’t scheduled to begin until 5:30 pm ET, but tens of thousands of Pennsylvanians have already descended on Bucks County, Pa., to show their support for Republican presidential candidate Mitt Romney. The Pa. rally comes on the heels of a massive rally in Cleveland just hours ago.

How big is the crowd? No official figures yet, but some Twitter users say at least 25,000:

@fran chambers According to a source familiar with tonight’s Romney event, 30,000 people are expected to attend.

@mattdizwhitlock  There are at least 10,000 people outside the security entrance to the Morrisville, PA Romney Rally. #RomneyRyan2012 pic.twitter.com/BIU8v0gY 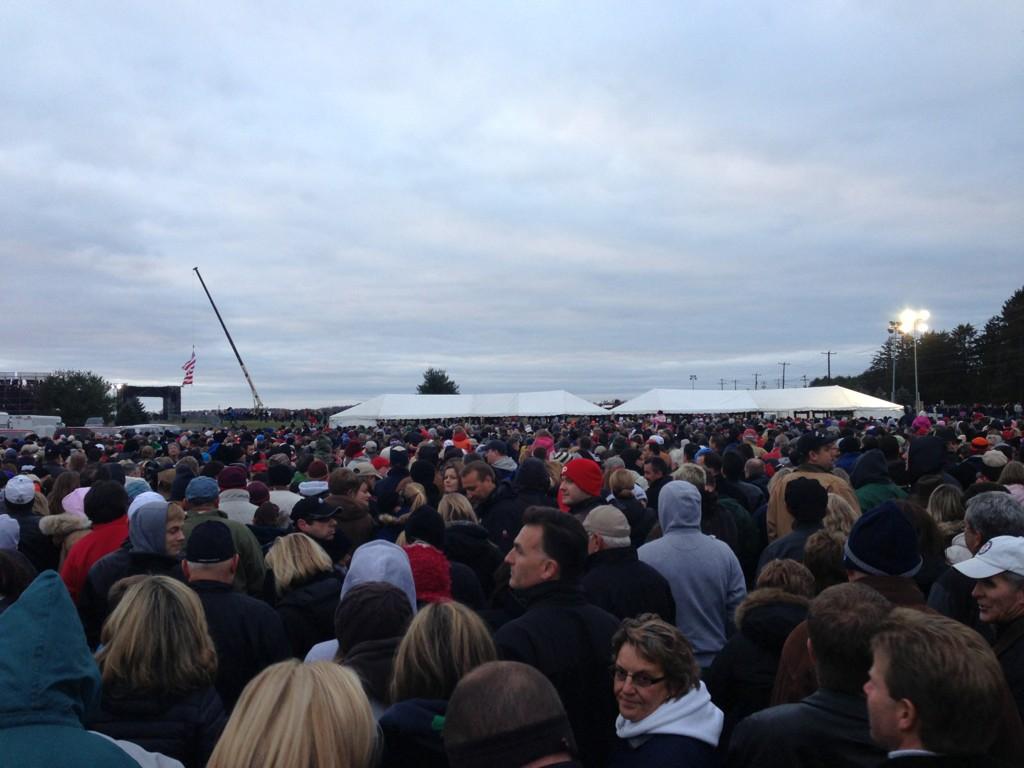 @Bill__Hughes  Finally into the Mitt Romney rally in PA. instagr.am/p/Rn4oZ7knDD/ 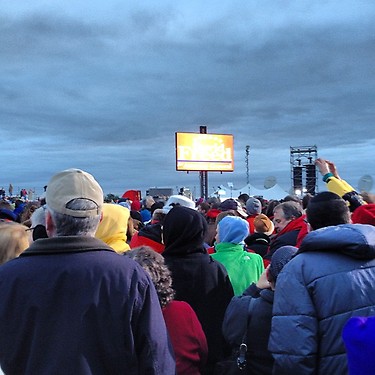 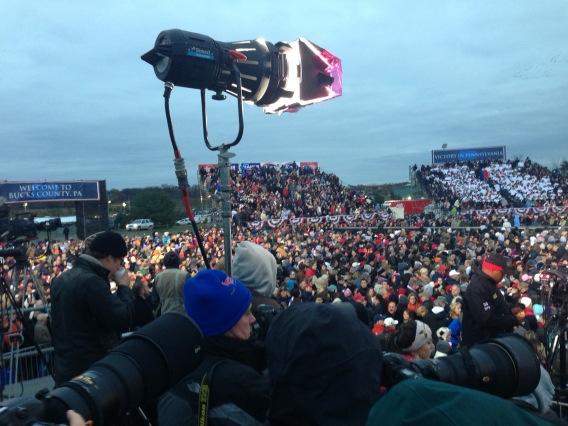 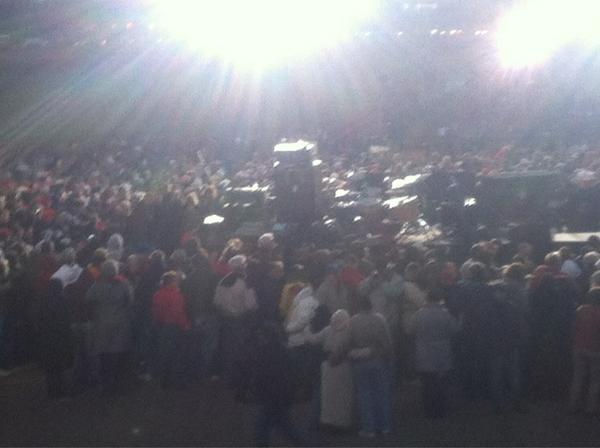 @bensimmoneau Waiting for the @MittRomney rally in Yardley. Man, it’s a cold night out here but these people don’t seem to mind! pic.twitter.com/hth2unmN

A reader sends in some additional pictures: 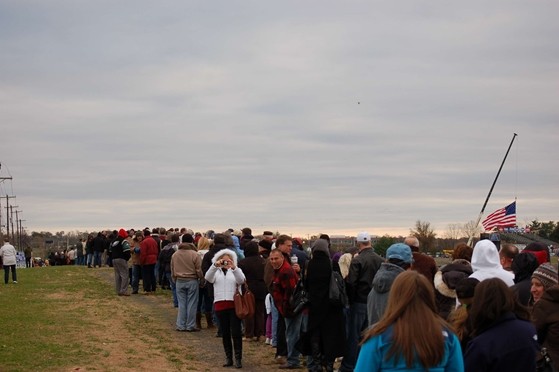 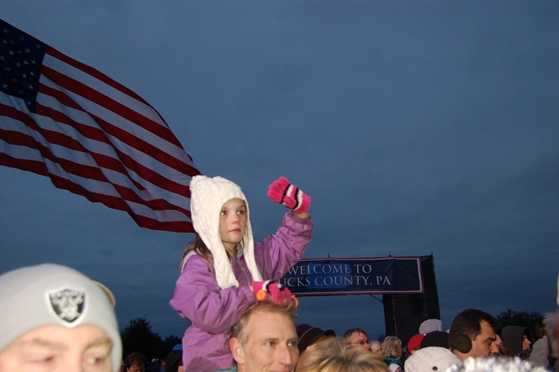 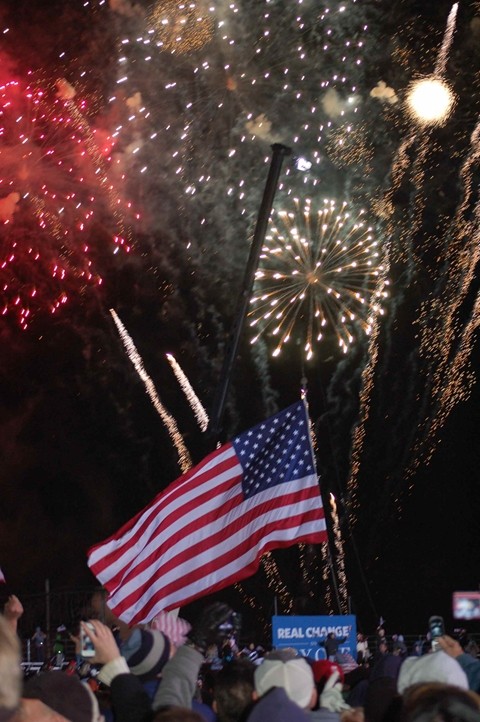