Residents of Santa Monica, CA were treated to a large contingent of Occupy Wall Street activists and Edward Snowden supporters in Thursday’s annual Fourth of July parade down Main Street.

Carrying “Free Bradley Manning” signs and protest banners, and pretending to videotape the crowd for government purposes, the demonstrators were well received by the local crowd. (Even this conservative thought they were great fun.) 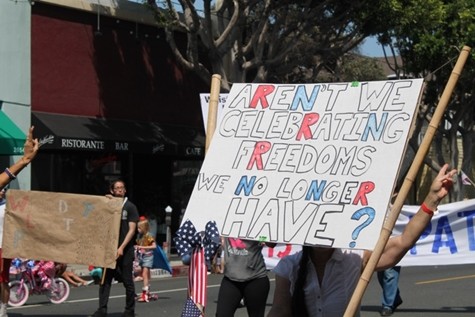 There were, of course, some of the more typical features of a Fourth of July parade–local first responders, civic organizations, novelty cars, live bands, and beauty queens.

The reigning Miss Route 66, for example, rode a colorful car with two of her fellow Route 66 pageant winners–a reminder that Santa Monica is where the famous nationwide highway, made legendary in literature, television, and movies, once ended. 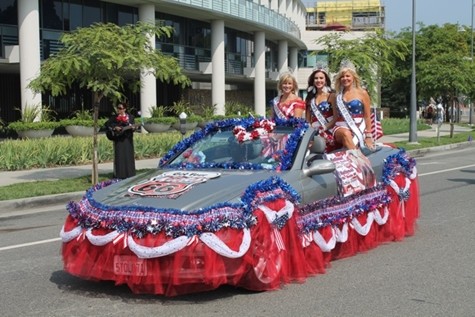 Then came the activists–and it was good to be reminded that “dissent is patriotic” once again, as it was for the left during the presidency of George W. Bush. For much of President Barack Obama’s first term, the left seemed more reluctant to criticize the government.

The scandals surrounding the National Security Agency have changed that, as have scandals involving the administration’s hostility to whistleblowers and the press. 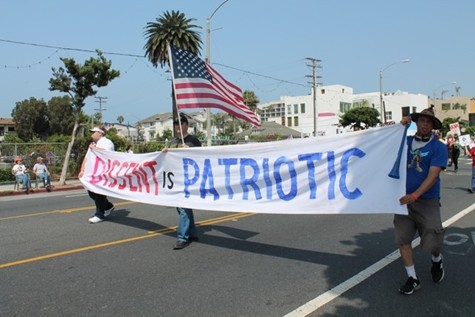 The focus of many of the signs was Snowden, the self-described whistleblower–or, to critics, the possible spy–who leaked details of the National Security Agency’s surveillance program, including its request for the cell phone records of Verizon customers, and its Prism data-mining operation.

Snowden may be on the run in the transit lounge of Moscow’s international airport, but to these Santa Monicans, he is a new American hero. 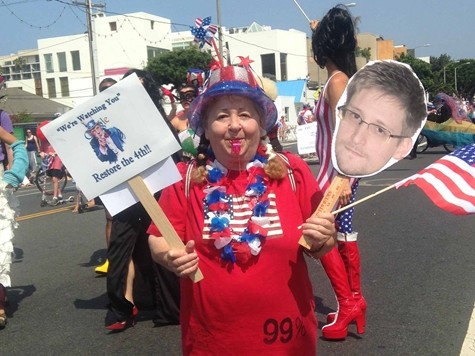