Ohio-based SSK Industries has produced the largest center-fire rifle in history. It is a .905 caliber which produces recoil equivalent to shooting ten .30-06 rifles at the same time.

The rifle itself is currently being produced at a weight of about 50 pounds, but the earlier prototypes weighed in at over 100 pounds. 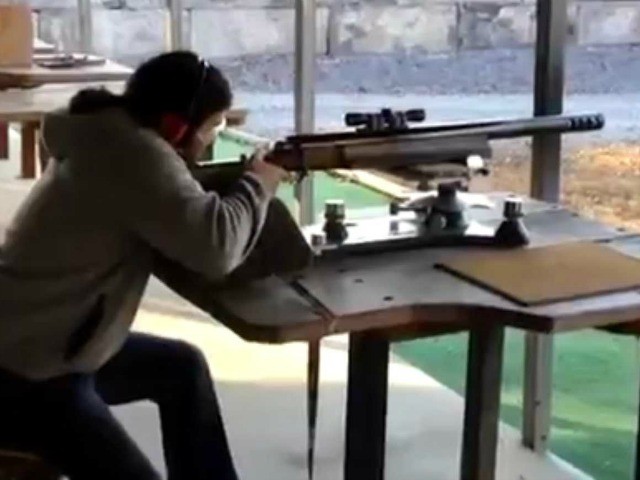 So far, SSK has only produced three of the .905 caliber rifles.