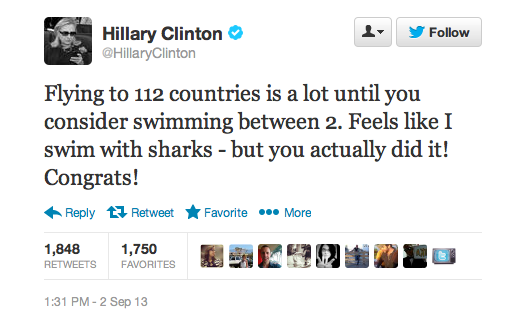 Because it’s all about Hillary. Clinton did not comment on Syria.