Three years ago today, an earthquake-induced tsunami devastated Japan’s Fukushima nuclear power complex. The flooding knocked out power required to cool reactors and their spent fuel pools, causing dangerous – and continuing – radioactive contamination. Unfortunately, unless we act quickly, such a catastrophe is in the cards for America, too.

After the tidal wave flooded over five-hundred square kilometers of the Japanese coast, we learned that those siting the reactors at Fukushima ignored stone markers that had for centuries warned against building anything below the high-water mark of previous tsunamis. 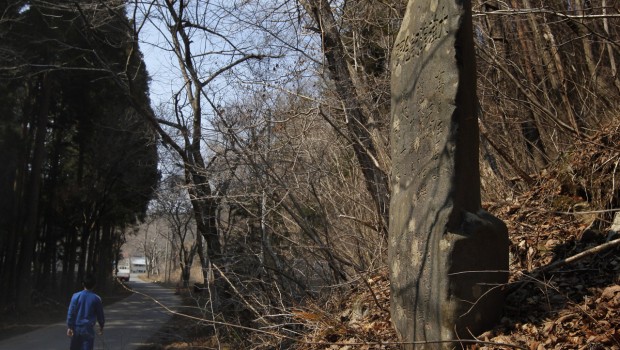 Centuries-old stone tablets can be found along the Japanese coast warning of tsunamis in towns like Aneyoshi, Iwate Prefecture, in northern Japan. One marker reads, “High dwellings are the peace and harmony of our descendants… Remember the calamity of the great tsunamis. Do not build any homes below this point.”

That unheeded warning cost over 19,000 lives and literally incalculable sums. And the price in both can only increase as a result of the difficulties associated with trying to contain the leaking radiation in ground water under the stricken plant. Seawater is sure to flood the same areas again when – not if – future earthquakes trigger additional tsunamis.

Unfortunately, the United States is facing a potential disaster that could make Japan’s Fukushima nightmare look like, well, a day at the beach. And, as with the Japanese, we have been warned.

In fact, a compendium just published by the Center for Security Policy makes clear a stunning reality: The U.S. government has been on notice for over a decade that the vulnerability of our electric grid to man-caused or naturally occurring disruptions could result in prolonged power outages, possibly over large parts of the country.

The former include physical attacks, cyber-warfare, or weapons causing localized or widespread electromagnetic pulse (EMP) effects. The Washington Free Beacon called attention Tuesday to a bulletin issued last month by the New Jersey Regional Operations Intelligence Center. It concludes that, in the wake of “multiple reports of intrusions in electric grid facilities” in that state and others, the electric grid is “inherently vulnerable” to widespread sabotage.

Even more ominous is a natural counterpart – think of it as a solar tsunami – that will come our way at some point in the foreseeable future: an intense geomagnetic disturbance (GMD) caused by one of the sun’s periodic, huge coronal mass ejections (solar flares). Such GMDs are known as Carrington Events, and they occur roughly every 150 years. The last one took place 155 years ago.

The difference is that in 1859, the only thing remotely equivalent to modern electric systems and the things they power were telegraph offices, equipment, and wires. And during the Carrington Event of that year, many of them caught fire.

A solar storm of such magnitude these days would, among other things, seriously damage, if not destroy outright, high-voltage transformers that constitute the backbone of the nation’s grid. It is, as a practical matter, impossible promptly to replace these critical pieces of equipment if large numbers of them are taken down at once – ensuring that the power will be off for many months, and probably years, in the affected areas.

It is hard to overstate the damage that such blackouts would cause in today’s thoroughly electrified America. Without power, every critical infrastructure in this country upon which our economy, security, and even our lives depend would cease to function.

Among the effects of a protracted suspension of the supply of electricity would be a nuclear circumstance even worse than that faced by Japan three years ago. The pumps needed to move cooling water through the nation’s sixty nuclear power complexes would fail to operate once their back-up generators run out of fuel. The standard for on-site backup fuel at nuclear plants is only seven days.

After that, reactors would melt down, but the radioactivity thereby unleashed should be largely confined within their containment vessels.

The cooling pools where spent fuel rods are kept at such sites would be a different story.

Without power for pumped cooling and water replenishment, the spent fuel pools will boil off and the still-hot fuel rods will overheat, catch fire, and disseminate radioactive fallout downwind. The effect would be simply devastating, especially when combined with other, horrific environmental and societal repercussions of blackouts that could last a year or longer.

The Nuclear Regulatory Commission has acknowledged the implications of the threat posed by intense solar storms, declaring in 2012, “The NRC believes that it is possible that a geomagnetic storm-induced outage could be long-lasting and could last long enough that the onsite supply of fuel for the emergency generators would be exhausted… Accordingly, it is appropriate for the NRC to consider regulatory actions that could be needed to ensure adequate protection of public health and safety during and after a severe geomagnetic storm.”

The bad news is that – despite the evidence revealed in the Center’s compendium entitled Guilty Knowledge, which presents the executive summaries of eleven different government-sponsored studies of grid vulnerability conducted since 2004 – federal authorities have failed to do anything appreciable to protect us from such disasters.

This state of affairs is as scandalous as the inaction of the Japanese in the face of evidence that their country and people were needlessly at risk. Members of Congress, led by Rep. Trent Franks (R-AZ), who are committed to preventing this sort of predictable and existential peril need our strong support to ensure that corrective action is taken at the federal level.

The good news is that we know how to secure the grid and the price tag for doing so is manageable – especially compared to the intolerable costs of inaction. Better yet, several states are beginning to take steps aimed at protecting their parts of the grid and their populations from the effects of intense solar storms or other assaults.

Legislators in Maine, Virginia, and Florida have introduced and, in several cases, secured approval of initiatives to prepare for such remediation. In Oklahoma, the state legislature is expected to consider this week bills that would put a referendum on the ballot in November to determine if voters want their grid hardened against EMP and other effects. Every state should be encouraged to do the same.

The question is this: Will we heed in time the myriad warnings that the grid’s vulnerability must be mitigated? Or, like the Japanese, will we ignore such warnings – and suffer horrifically for doing so?

Frank J. Gaffney, Jr. formerly acted as an Assistant Secretary of Defense under President Reagan. He is President of the Center for Security Policy (www.SecureFreedom.org), a columnist for Breitbart News Network, and host of the nationally syndicated program, Secure Freedom Radio.