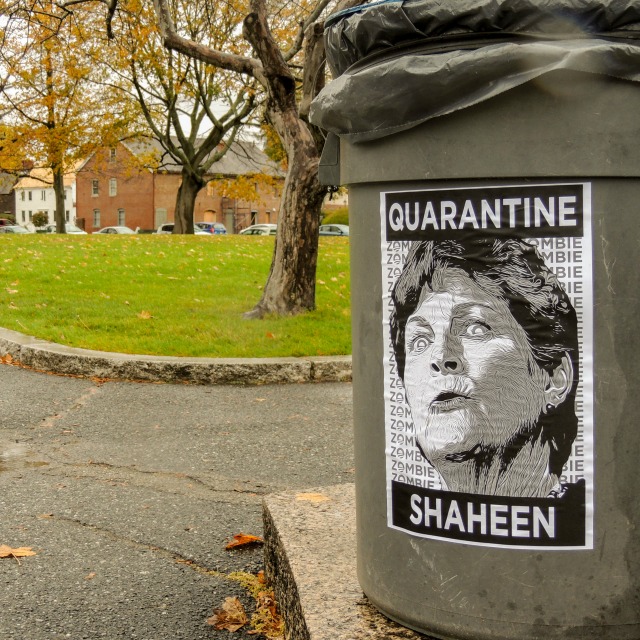 “Fear is the last resort of those who have run out of ideas and who have run out of hope,” Clinton said at a Shaheen rally on Sunday, mocking former Sen. Scott Brown for criticizing Shaheen and President Barack Obama for their handling of crises like the Ebola crisis. 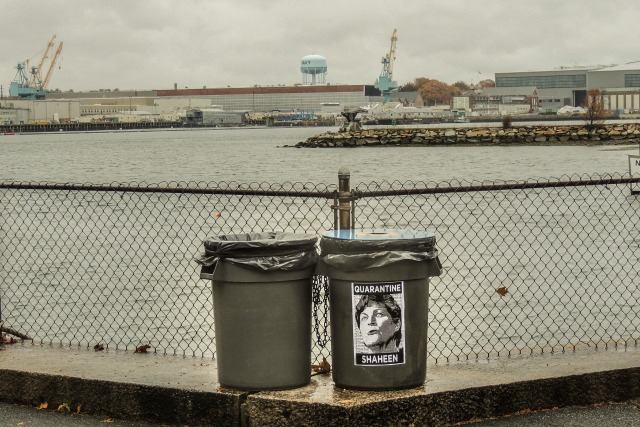 The street art that’s on posters in peculiar spots around the state vilifies Shaheen, making her look like a zombie, and zeroing in on the concerns people statewide have about Ebola. The art shows a zombie-esque drawing of Shaheen with President Obama’s “O” campaign logo for eyes. In the background the word “Zombie” is repeated many times using that same Obama “O” for the letter “o” in “Zombie.” 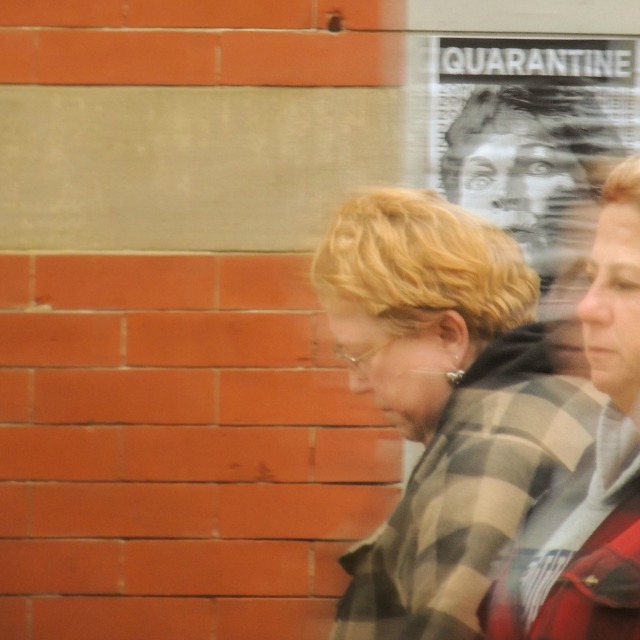 The artists, who wish to remain anonymous, provided photographs of their work being plastered across New Hampshire to Breitbart News and note that it’s similar to other anonymous street art work they’ve been involved in before. Specifically, they point to posters they placed around Hollywood targeting Obama for having a $32,000-per-plate fundraiser in July.

“As President Obama arrives in Los Angeles for his $32,000 per plate fundraiser at the home of Shonda Rhimes this week, a local street artist is pointing out the irony of the producer of the hit TV show Scandal, a show about a Washington public relations firm that specializes in managing political scandals, hosting the producer of such actual scandals as the cover-up surrounding the Benghazi attack, the lost hard-drives of IRS officials targeting conservatives, and the Fast and Furious gun running scheme,” TruthRevolt wrote about those other street art posters from these same anonymous artists. 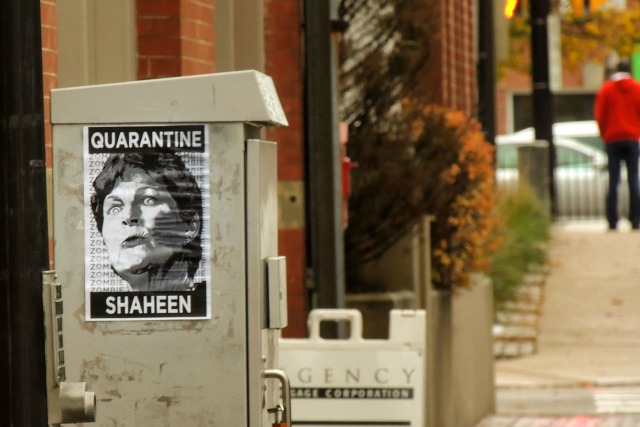 Brown has run a virtually impeccable campaign, coming from out of nowhere to hammer Shaheen into a position where the race is now neck-and-neck in most polls. Democrats, including even Clinton, admit publicly that Shaheen may lose because of Brown’s focus on immigration, national security and public health concerns in the wake of the Obama administration bungling the responses to the border crisis, ISIS terrorism and Ebola crisis.

“This election comes down to who turns out,” Clinton said at the Shaheen event. “Don’t wake up after the election wishing you’d done more. Dig deep.”

The Institutional Left has pulled out all the stops attempting to slow Brown’s momentum in the final days, with leftwing environmentalist billionaire Tom Steyer himself flying into New Hampshire for a Saturday morning event. Sen. Liz Warren (D-MA) joined Shaheen last week, and Clinton being here on Sunday is meant to be the Democrats’ coup de grace against Brown after Wisconsin’s Democratic Sen. Tammy Baldwin (D-WI) joined Shaheen throughout last week.

But when push comes to shove, as Clinton said, it all comes down to election day and get-out-the-vote efforts. Brown’s team is still confident he can beat Shaheen, despite her efforts to capitalize on a debate co-moderator’s mistake from the final debate hosted by George Stephanopoulos. That co-moderator, James Pindell of WMUR, has apologized for his mistake as has the Huffington Post which immediately reprinted the false attack on Brown. Stephanopoulos and ABC News, however, have refused thus far to admit that the line of questioning was inaccurate and have not said anything–something that may jeopardize the former Bill Clinton aide’s chances at getting a 2016 debate.

“It’s sad that once again a moderator has injected themselves into what was supposed to be a debate between candidates about the best way forward for our country,” Republican National Committee spokesman Raffi Williams told Breitbart News about the incident. “Voters do not benefit from moderators who try to upstage the candidates.”

It remains to be seen what will happen on Tuesday, but there’s one thing that’s absolutely clear: The only reason this was a race to begin with is because Brown ran hard against comprehensive immigration reform and against Obama’s planned executive amnesty. He’s honed in on what open borders policies from Shaheen and Obama mean for national security for Americans and for public health with both Ebola and the Enterovirus lurking. And nothing seems to sum it up better than the street art surfacing on trash cans, structures and walls throughout New Hampshire: “Quarantine Shaheen.”