Over the years, President Obama has suffered ridicule from online critics who think photos of him riding a bicycle show his weakness. 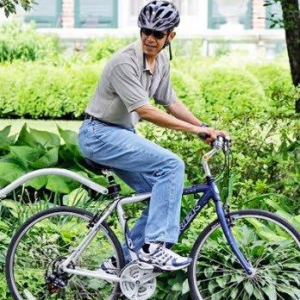 Photos of the president riding a vacation style model bicycle in “mom jeans” or shorts are usually paired up online with photos of Russian president Vladimir Putin riding shirtless on a horse, George W. Bush on a mountain bike, and even Ronald Reagan riding a horse on his California ranch. 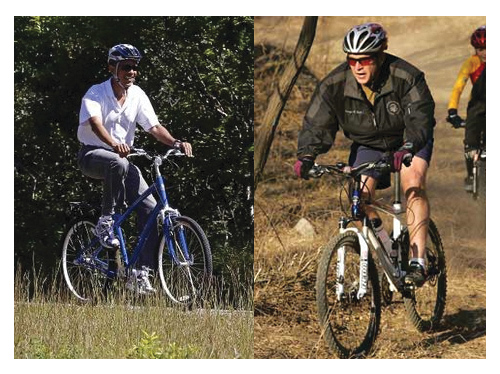 Undaunted by the criticism, Obama and his family went cycling again on Martha’s Vineyard as the press was allowed by the trail for a quick look.

It appears that this year, Obama opted for a tougher looking black bicycle and was wearing a grey-colored long-sleeved shirt and black pants, instead of jeans and shorts. 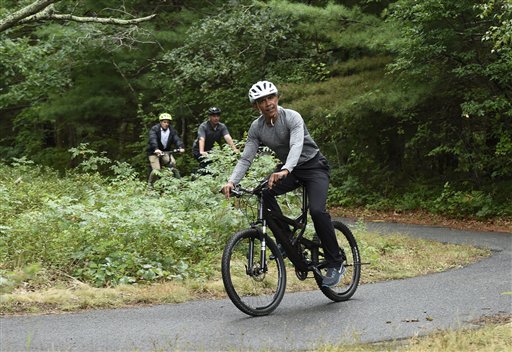 The Obama family returned to Washington D.C. last night after their 17 day vacation on Martha’s Vineyard that included a pair of trips to the beach, nine rounds of golf, and a few trips out for dinner.