The opening came at the start of a busy campaign day for the Trump campaign, which was scheduled to make two stops in North Carolina before heading to New York Wednesday evening, with less than two weeks until Election Day.

According to a statement by the hotel, “…Trump Hotels was chosen by the U.S. General Services Administration (GSA) to be the developer of this most sought-after hotel redevelopment opportunity in the country. Seen as a generational asset by the Trump family, the new hotel anchors the Northwest end of the Pennsylvania Avenue redevelopment…”. 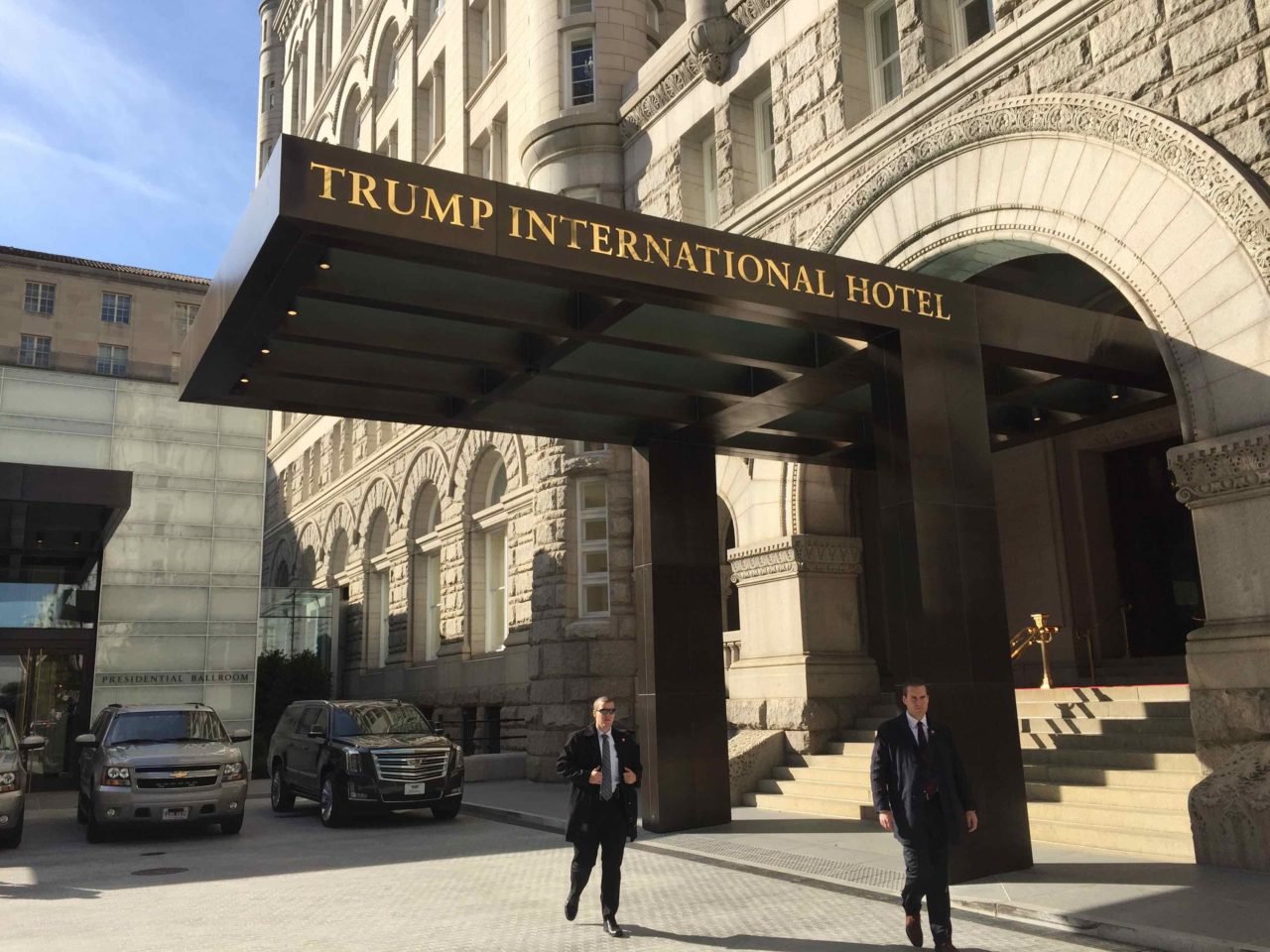 Trump’s daughter, Ivanka, who has a luxury suite named after her in the hotel, described the process of bidding for the project, and the complex renovations undertaken at the hotel.

She added that despite the presidential campaign, those working on the hotel worked “very, very hard” to complete the renovation and restoration of the facility. Their work, she said, was a rebuke to those who tried to “discredit” her father’s business.

Trump himself said he was honored “to thank the incredible team of people who brought our own vision” for the historic building to life, including construction workers and others.

He reiterated the message: “Under budget, ahead of schedule.”

“We don’t hear those words too often in government — but you will,” he promised, noting that the building had not been due until 2018.

He listed a series of government failures, focusing on Obamacare.

“The American people know what this election is about, and they see it every time they get their health care bills in the mailbox, or ride down a highway that’s broken, or go to an airport that looks like it’s in a third world country.”

Trump also congratulated former Speaker of the House Newt Gingrich on his interview with Megyn Kelly the night before, calling it an “amazing victory” — to cheers from the invited guests.

“The United States is great. Its people are great … The future lies with the dreamers, not the cynics and the critics,” he said, his voice hoarse from the trail.

Hundreds of journalists crowded into the lush presidential ballroom, one of over two dozen common spaces in the facility, which offers a total of 38,000 square feet of meeting and event space, along with over 300 guest rooms and suites. The hotel’s presidential suite is based in the former offices of the Postmaster General and “is three times the size of the White House’s Oval Office,” according to promotional materials from the hotel.

Critics suggest that Trump’s campaign has damaged his hotel brand, or that he has used his campaign to promote his business interests, charges the campaign has denied.