Iraqi Christians – including a Catholic priest, a Kurdish soldier and a young girl – shared their outrage at President Barack Obama and their hope that Donald J. Trump wins the 2016 presidential election in a short video posted on the Emtedaad al-Dawlah Facebook page from Qaraqosh, a town outside of Mosul recently liberated by the Iraqi Army.

The priest opens the video standing in his black shirt and Roman collar with two large rosary beads hanging next to him.

“The suffering of the Iraqi people is a result of the wars and terrible decisions made by our political leaders in Iraq that have resulted in catastrophes for our nation and, in particular, the Christian minority,” he said.

“The US government led by President Obama could have protected us – or at least helped us to protect ourselves,” he said. “But unfortunately Obama abandoned us, and chose not to get involved.”

A young girl wearing a crucifix makes it even more direct: “We hope this new guy called Trump will help us more than Obama did.” 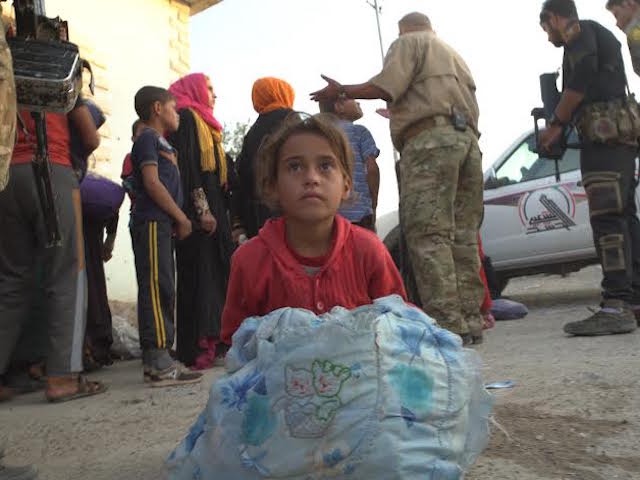 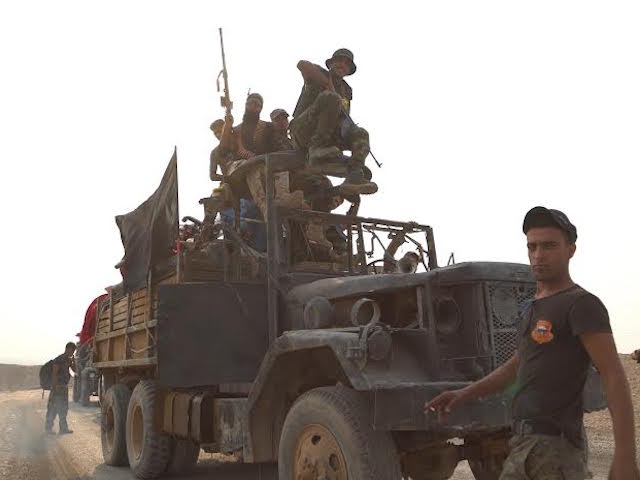 A man in the village also said he hopes that Trump will bring a different approach to Iraqi Christians: “Obama has never helped the Christians. In fact, he despises them. In the last 26 months, he has shown he despises all of them. But we have hope in the new president, Trump.”

The young Kurdish soldier is seen standing on a ridge with a rubble-scape behind him.

“We are here in this area that includes Qaraqosh and Bartila, where Daesh fighters roamed,” he said. Daesh is the Iraqi name for the Islamic State.

“As you can see, they destroyed these houses behind me,” the soldier said.

“They burned and destroyed the church. Daesh fighters were a bunch of vandals,” he said. “Unfortunately by the time we got here, they had already burned the church, displaced the Christian people, and destroyed their houses – leaving those who remain without shelter. We thank God that we were able help them take back their cities.” 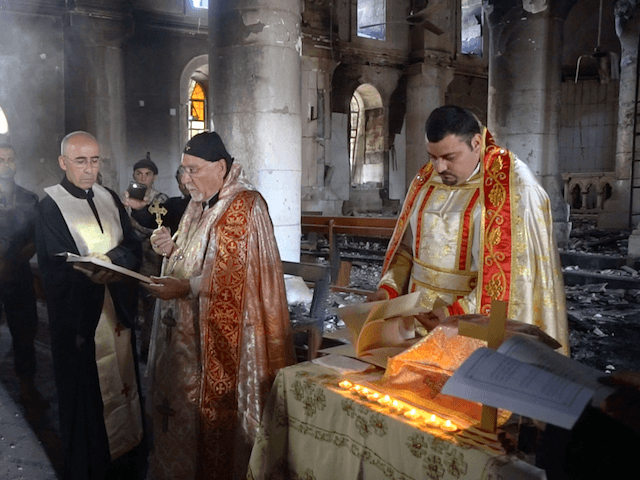 The most harrowing images in the video show the torched-out shell of the massive Church of the Immaculate Conception. The video shows another priest walking through the chambers of the church holding a crucifix in front of him, and then standing in the church’s nave, chanting prayers in Aramaic, an ancient Semitic language believed to be the language spoken by Jesus and his disciples.

Sunday, the first Catholic Mass in more than two years was celebrated in the church.