The stock market has jumped sharply since President Donald Trump’s inauguration, prompting CNN and Fox News to issue rival reports over whether it is the best post-inauguration performance in  54 years or 108 years.

CNN says the Standard & Poor’s Index of 500 top stocks have climbed 3.8 percent in the 30 days since Trump was inaugurated. That’s the best performance in the 54 years since the market rose 6 percent after Vice President Lyndon Baines Johnson was sworn into office in November 1963 once President Jack Kennedy was assassinated, CNN reports.

Fox News, however, used data from the Wall Street Journal to show that the Dow Jones Industrial Average group of companies has risen by 4.02 percent since inauguration day. That’s the best 30-day, post-inauguration performance in 108 years, or since the DJIA rose 5.07 percent in the 30 days after President William Taft put his hand on the Bible in March 1909, says Fox. 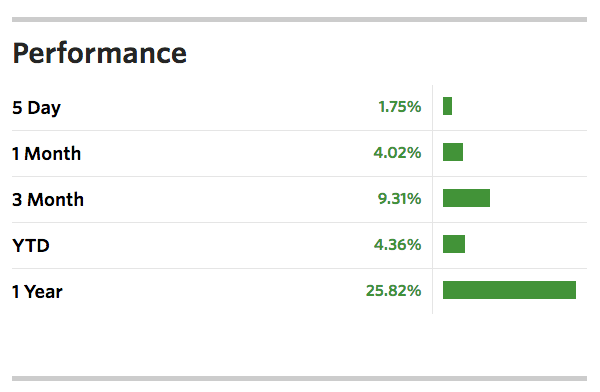 CNN also reported on Feb. 16 that the DJIA, S&P and Nasdaq indexes “soared to record highs on Wednesday, the fifth-straight day of all-time highs.” The growth comes amid negative media coverage of the administration, so “Wall Street is apparently betting that tax cuts and deregulation are still coming, because despite Trump’s troubles, Republicans still control the White House and Congress,” CNN said.

Either way, Trump is grabbing credit for the rising stock values.