The president surprised the players with a spread of fast food to celebrate, similar to his event honoring the Clemson Tigers, the NCAA football champions.

This time, however, he included Chick-fil-A, with his order of Big Macs, delighting supporters of the president who also enjoy the food from the Southern-based fast-food company with Christian principles.

Trump urged the players to grab a sandwich during his speech.

“I would have one right up here, but I don’t think I want to do that because it would be too big a story for these people,” Trump said, motioning to the press. “They’ll say, ‘Isn’t it horrible? Isn’t it inappropriate?'” 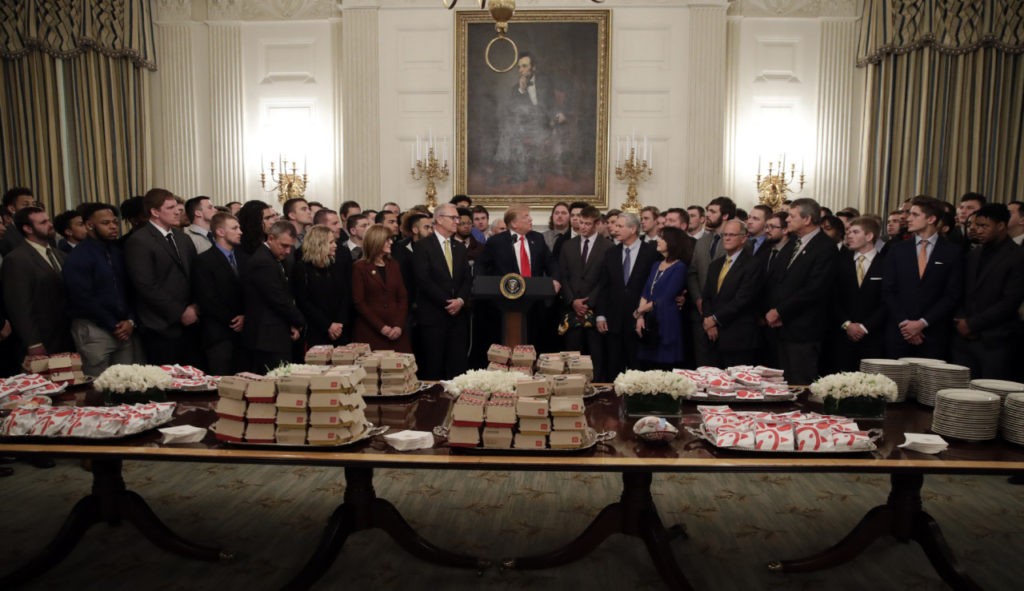 Donald Trump with a shout-out to @ChickfilA pic.twitter.com/DG61OjLjCw