President Donald Trump left Washington, DC, on Thursday for his Easter break at Mar-a-Lago, but he ignored shouted questions about the release of the Mueller report from a throng of reporters.

The president left the White House holding hands with First Lady Melania Trump and waved to the press as he boarded Marine One for his trip to Andrews Air Force Base to board Air Force One.

Trump typically weighs in on the news of the day while leaving the White House, prompting the media to stake out his departure. But reporters were left with nothing else to do but snap pictures of the president flying out of town. 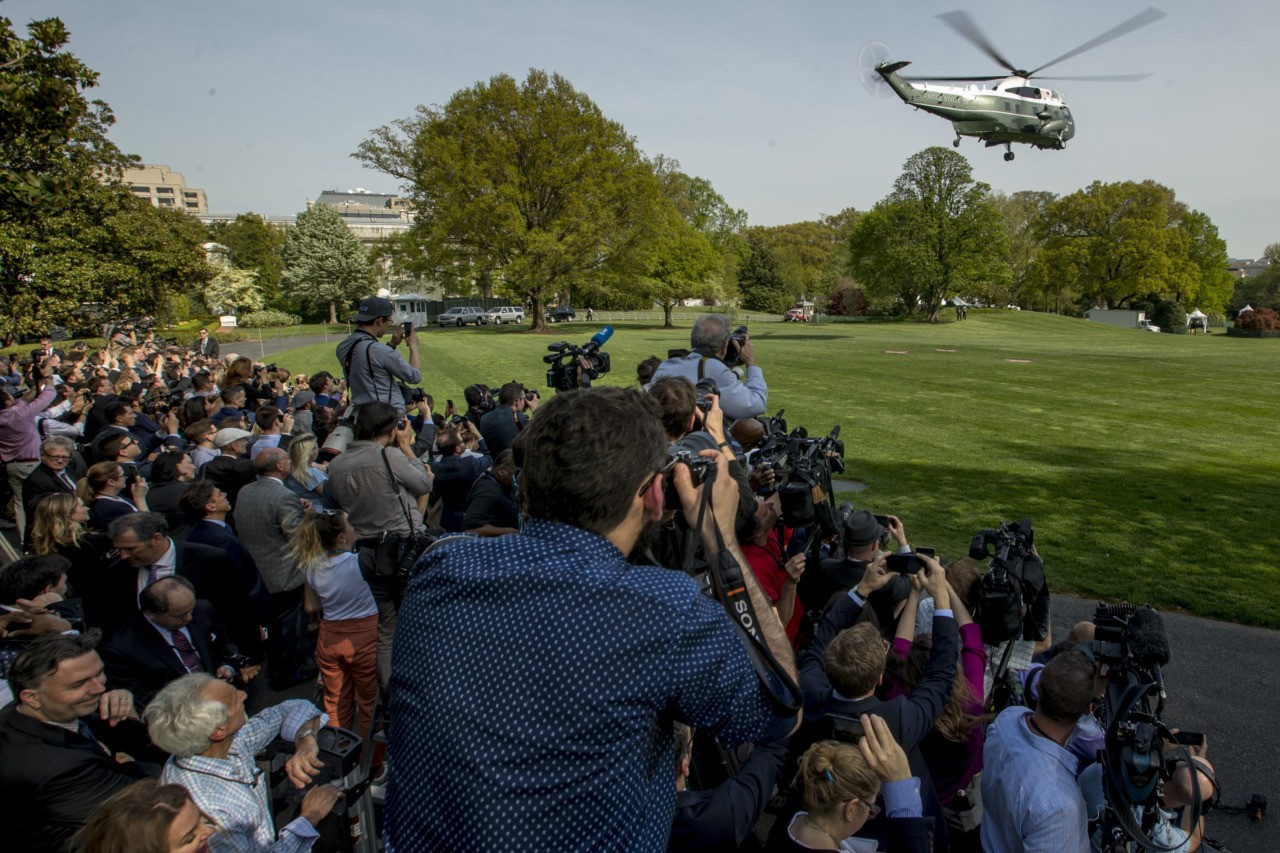 Marine One with President Donald Trump aboard, departs the South Lawn of the White House, Thursday, April 18, 2019, for a short trip to Andrews Air Force Base, Md. President Trump is traveling to his Mar-a-lago estate to spend the Easter weekend in Palm Beach, Fla. (AP Photo/Andrew Harnik)