The following is an exclusive excerpt from Doug Wead’s new book, Inside Trump’s White House: The Real Story of His Presidency, available on November 26.

As a candidate, Trump’s frequent refrain was “America First.” We should take care of our own problems, he said, before meddling in the business of other nations. But the words “America First” were also a reminder that other countries were competing for our attention and our resources. One reason Trump had entered politics was his long-felt frustration over the nation’s trade deficits and defense arrangements, which he believed had led to the economic bloodletting of the American middle class. Were Americans being taxed to take care of the rest of the world? Trump had also complained that massive regulations, especially onerous to homegrown American businesses, had chased companies and jobs out of the country. 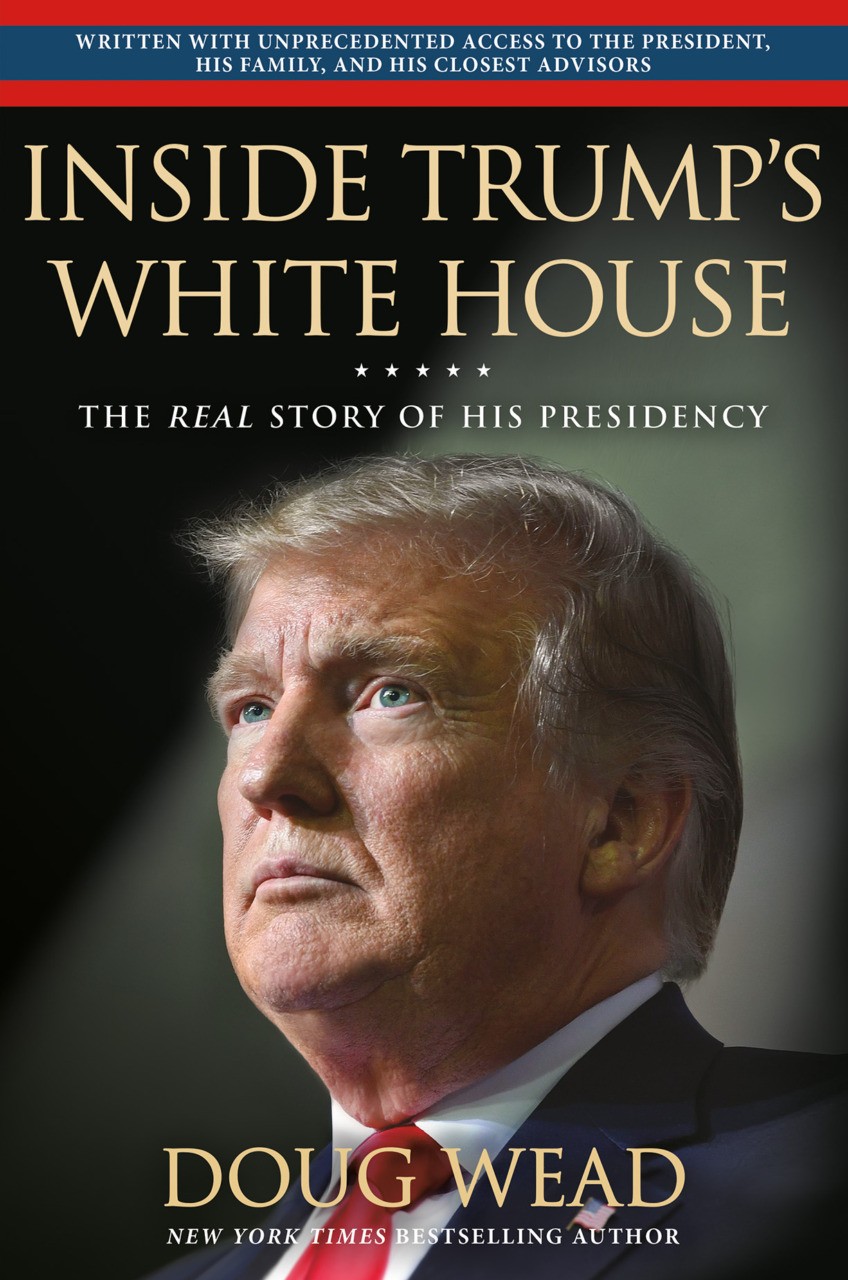 The challenge for Trump was determining how to take this on. Those jobs were going somewhere. Those trade deficits were benefiting someone. Our massive military expenditures were protecting other nations, freeing them to spend their money on other things.

The tax dollars that had fled America under Bush and Obama, on a massive scale, were now funding other nations’ government programs. They were building highways and airports in the capitals of other nations. An American president who had promised to make his country great again would have to pry loose those American dollars from the clutches of nations that had become addicted to them and that would not give them up willingly. America was not alone in the world. If Donald Trump was really going to put America first, the rest of the world was going to howl.

And it was even more complicated than that. The world of commerce had grown so international and interconnected that most big American banks and companies had also found a way to benefit from the money flowing to other countries. “America First” would be resisted not only by a long list of nations that were sucking from the teat of the American middle class, but also by many of America’s corporate giants, many of which were major advertisers and owners of the American media.

Trump was in for the fight of his life.

Our biggest trade deficits were often with countries that manipulated their currencies and stole American intellectual property, including top-secret military technology. Much of this, especially the key relationships of major American corporations with China, was driven by insider deals and a vast maze of “legalized” corruption. Many of those companies also sponsored the US news organizations whose stories promoted those same policies to the American people.

All of those companies gave massive donations to the Democratic and Republican parties and to key legislators. They financed many well-intentioned special-interest groups that promoted regulations that caused economic hardship for small businesses, conveniently resulting in monopolies for themselves. They financed think tanks that commissioned scholars to write papers and conduct studies to justify the status quo.

America’s universities, addicted to foreign students who were paying full tuition, openly advocated globalism and funded supporters such as Senator Elizabeth Warren, a Massachusetts Democrat, who was reportedly paid $350,000 by Harvard University to teach a single class. This is the same woman who conveniently promoted the idea of government-paid, free college education. It was hard for some to see Harvard University, which had a $37.6 billion endowment, in need of further government subsidy.

In a conversation with the president, I brought up these issues. “When you were first elected and took office, you obviously began to learn details that the rest of us don’t know,” I said. “You had all of these ideas for years, decades really, ideas about the world and about trade and corruption. You’ve given speeches about it. How did all of that change when you became president? Was it as bad as you thought?”

“It is even worse,” the president said. “It is far worse than I thought.

“The good news,” he added, “is that we have great potential. We are turning it all around. And that’s one of the reasons this country is rebounding.

“So, we defend Saudi Arabia and they don’t pay us, okay?”

The president shifts in his chair, preparing me for his impersonation of an actual conversation. You’ve got to love this; remember, Trump is an entertainer.

The president then pursed his lips to mimic the dignity of King Salman bin Abdulaziz al Saud of Saudi Arabia. “And the king says, ‘Yes, and how much would you like?’

“Imagine? Imagine?” Trump said. “The Saudis have been doing this for years, but nobody ever asked them to help pay for it. Saudi Arabia wouldn’t exist if it weren’t for American support. It is the most incredible thing I have ever seen. Our roads are falling apart, our bridges are in danger, our airports look like they are in developing countries, and you have years and years of us protecting the world while they all grow rich. Doug, I hope you can see right now how crazy this is.”

He impersonated King Salman once again, pursing his lips. “‘Yes, and how much would you like?’

“I say, ‘Hasn’t anybody ever asked you before?’

“This is how America was run. For years. For years. And there is so much I could tell you. It’s worse than I thought.”