During the 2020 State of the Union address, President Trump honored the brother of an American man who lost his life when an illegal alien murdered him in the sanctuary state of California in 2018.

Trump detailed the murder of 51-year-old Rocky Jones, who was gunned down at a gas station by 36-year-old illegal alien Gustavo Garcia during a 24-hour crime spree. Garcia had been previously released by the sanctuary policies of California.

“In December 2018, California police detained an illegal alien with five prior arrests, including convictions for robbery and assault,” Trump said. “But as required by California’s Sanctuary Law, local authorities released him.” 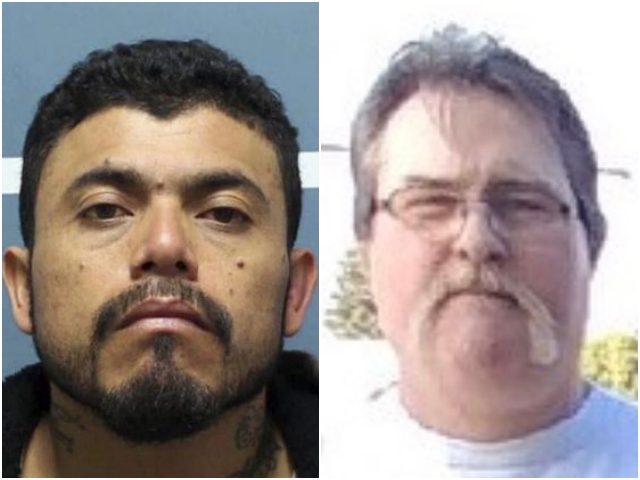 “Days later, the criminal alien went on a gruesome spree of deadly violence. He viciously shot one man going about his daily work; he approached a woman sitting in her car and shot her in the arm and the chest,” Trump continued. “He walked into a convenience store and wildly fired his weapon. He hijacked a truck and smashed into vehicles, critically injuring innocent victims.”

“One of the victims of his bloody rampage was a 51-year-old American named Rocky Jones,” Trump said. “Rocky was at a gas station when this vile criminal fired eight bullets at him from close range, murdering him in cold blood. Rocky left behind a devoted family, including his brothers who loved him more than anything. One of his grieving brothers is here with us tonight. Jody, would you please stand? Jody, our hearts weep for your loss — and we will not rest until you have justice.”