“He’s got obviously a big fan in me, if you’re asking me what my party affiliation is, I’m a Trumpocrat,” Blagojevich said to reporters in the Denver airport after he was released.

Blagojevich told reporters he was grateful to President Trump for commuting his prison sentence, allowing him to return to his home in Chicago.

“I think it’s appropriate to express my deepest, most profound, and everlasting gratitude to President Trump,” Blagojevich said.

“He didn’t have to do this,” he continued. “He’s a Republican president, I was Democratic governor and my fellow Democrats haven’t exactly been very nice to him.”

Blagojevich is expected to host a press conference on Wednesday to further discuss his pardon and his future.

“I’ll have more to say tomorrow. If you’re flying home with us, be sure to put your seat belts on,” he said.

Blagojevich returned to his home in Chicago with a swarm of media and supporters to greet him. 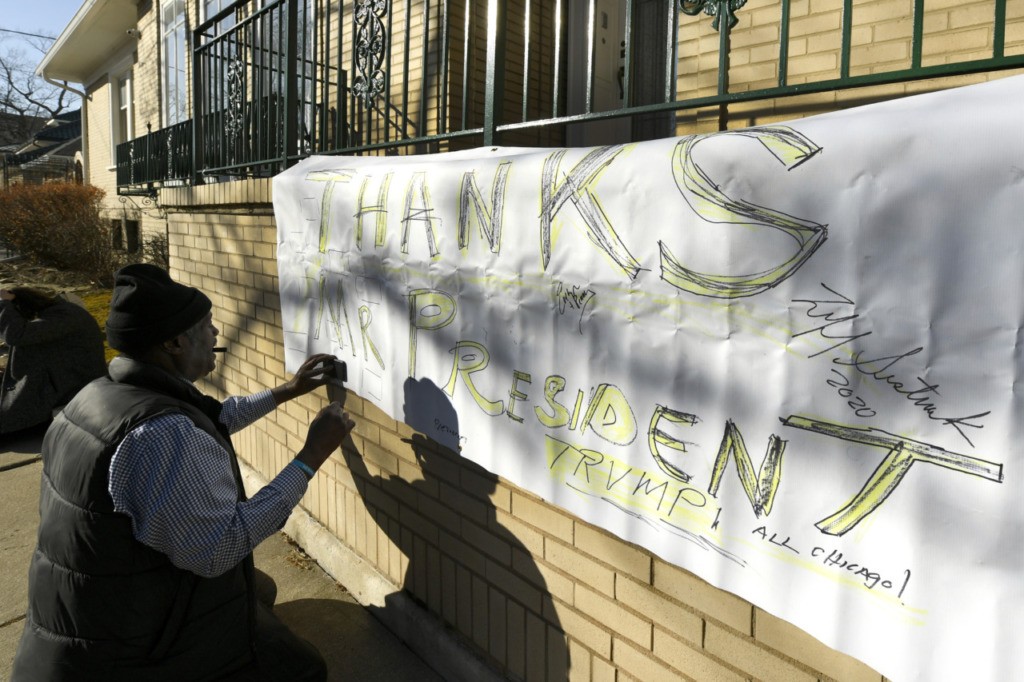 A supporter of former Illinois Gov. Rod Blagojevich makes a sign thanking President Donald Trump at the Blagojevich home Tuesday, Feb. 18, 2020, in Chicago. Trump on Tuesday commuted what he called the “ridiculous” 14-year prison sentence handed out to the former governor for political corruption, clearing the way for his release after more than eight years behind bars. (AP Photo/Paul Beaty)

Blagojevich said that he would use his freedom to fight for criminal justice reform, describing the system as racist and in need of reform.

“It’s a criminal justice system that’s not only broken but it’s also racist and I saw how it affects people of color,” he said.

Blagojevich added that he had grown closer to God while he was in prison.

“I just believe that sometimes out of evil, good things can go happen,” he said.