Bringing pharmaceutical production back to the United States would create more than 800,000 American jobs, economists say.

A study by the Coalition for a Prosperous America’s Steven Byers and Jeff Ferry reveals that the U.S. could add hundreds of thousands of good-paying manufacturing jobs for American citizens and reduce its dependence on foreign countries like China if it reshored all pharmaceutical production.

“We found that an ambitious but realistic reshoring program could create 804,000 US jobs and add $200 billion to annual GDP in the first year,” they continued. “The benefits in terms of security of supply are separate, and in times like the present, critically important.”

Currently, according to the study, about 80 percent of pharmaceuticals imported to the U.S. arrive from ten foreign countries — including Ireland, Germany, Switzerland, Italy, India, Denmark, Belgium, Canada, United Kingdom, and Japan. 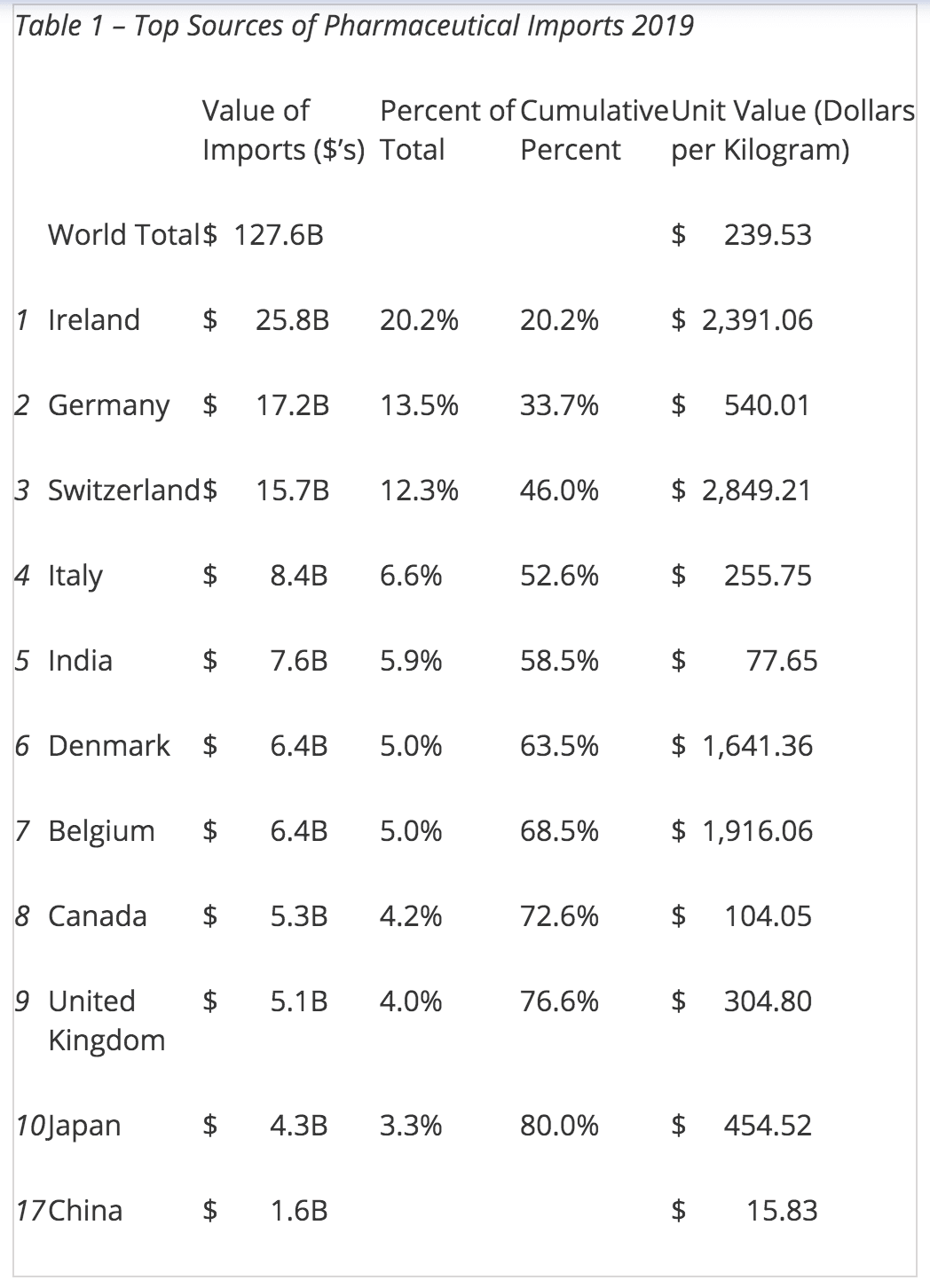 Similarly, about 95 percent of ibuprofen and 70 percent of acetaminophen imported to the U.S. arrive from China.

In response to the coronavirus crisis, President Donald Trump has called for an American independence agenda across the board to prevent the U.S. from ever again being reliant on foreign countries for necessary imports and supplies.

“We should never be reliant on a foreign country for the means of our own survival. I think we’ve learned a lot,” Trump said on Tuesday. “This crisis has underscored just how critical it is to have strong borders and a robust manufacturing sector.”