Birx said that the numbers were shocking but much lower than the earlier models showing two million deaths. 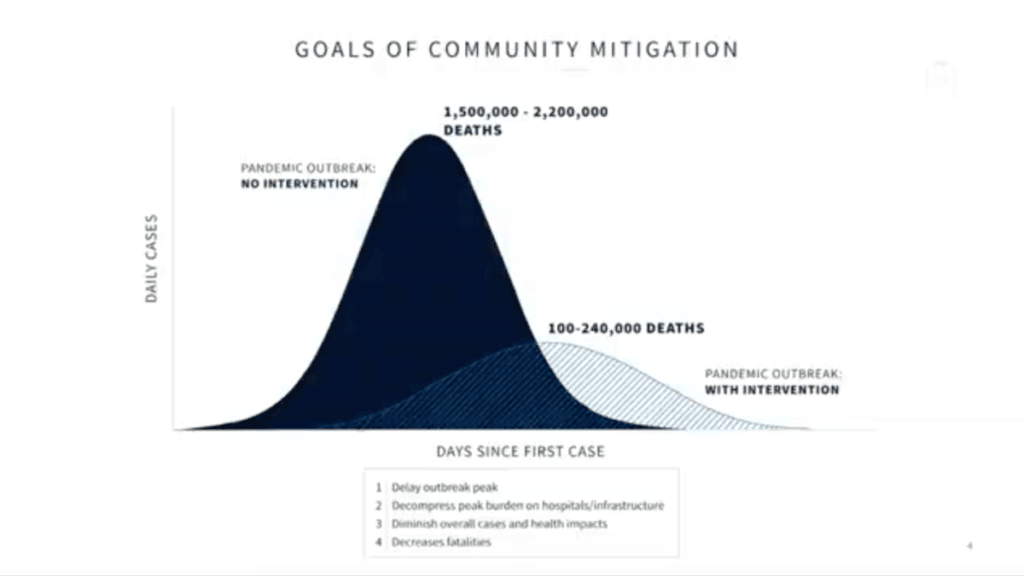 Birx shared a chart featuring an IHME Model by Chris Murray showing that Americans should expect a dramatic surge in coronavirus deaths in the next 14 days, before ultimately tapering in May and June. 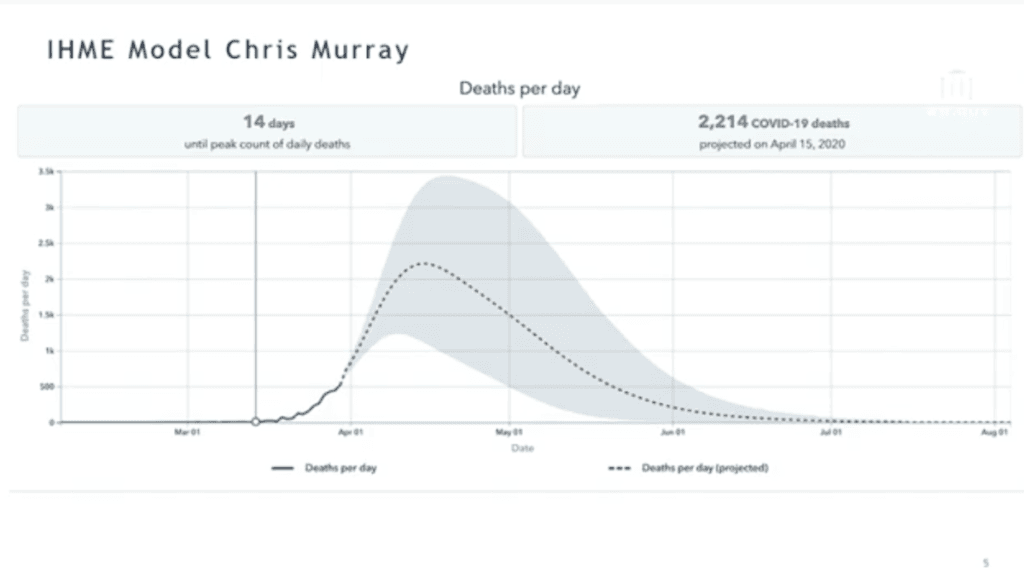 The number of deaths peaked in mid-April, with the number of estimated deaths of nearly 3,500 per day, according to the model.

Birx said that the model was increasingly dependent on the data coming out of New York City, where the number of cases and deaths from the virus continues to skyrocket. 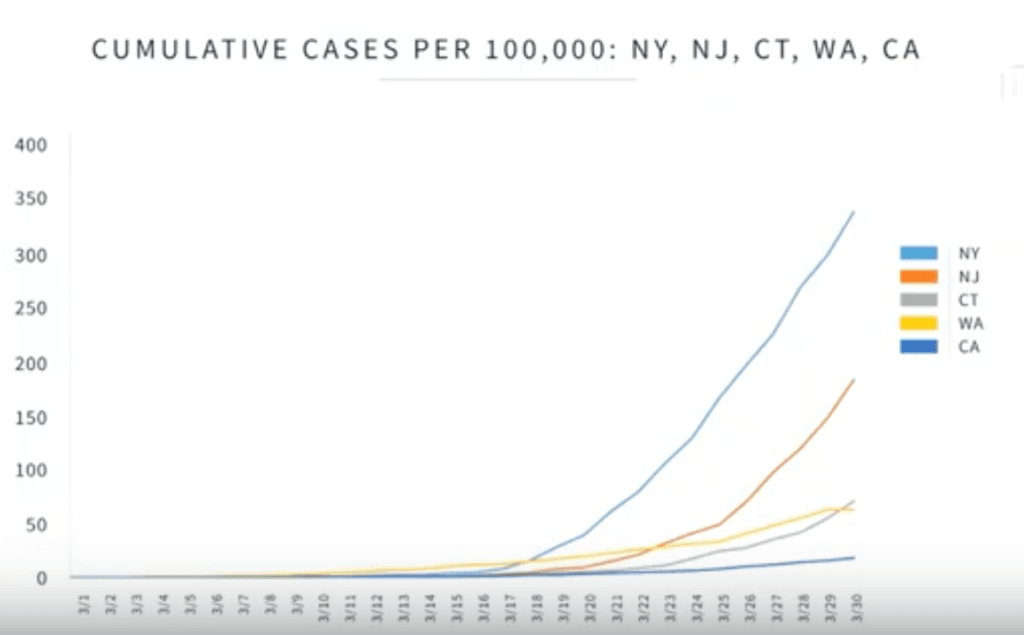 She pointed out that the number of deaths in states like California was rising much more slowly, where strict measures were put into place.

Birx also cited Washington state as another example of success, where mitigation strategies were working at already reducing the number of deaths in the state after a month of social distancing.

Noting the skyrocketing death counts in New York City, Birx predicted that metro areas were facing similar numbers if they failed to enact policies to stop the spread of the virus.

“Without the continuation, with the next 30 days anything could change,” she said.

Birx cited data from Italy to note that they had turned the corner of cases per day, after a month of skyrocketing deaths. 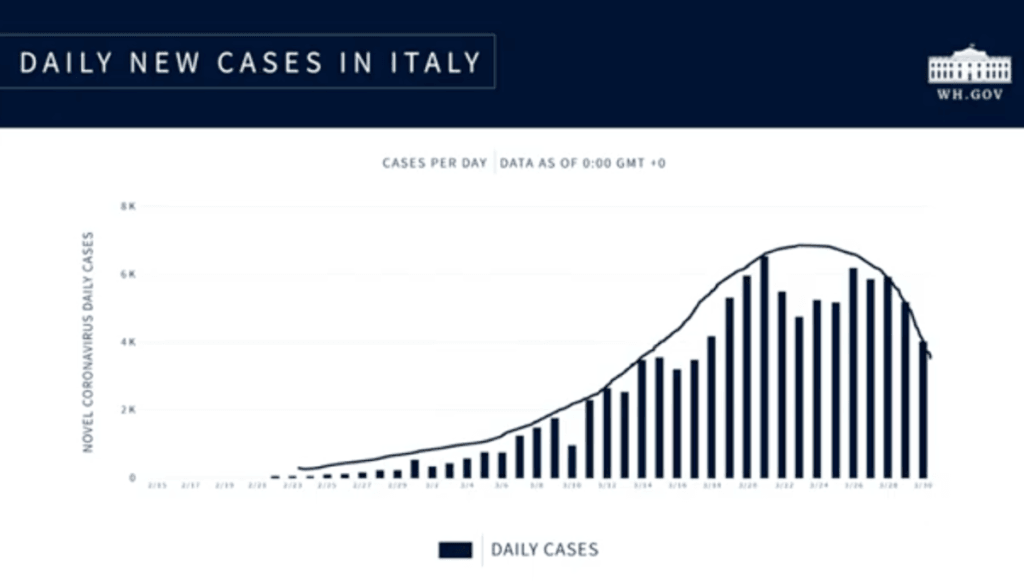 “It is this graphic and the graphic of many of the states that gives us hope of what is possible with continuing with another 30 days,” she said.

She warned of rising cases in Detroit, Chicago, Massachusetts, and New Orleans and said that following social distancing would help reduce the number of cases of the virus.

Both Birx and Fauci repeated that Americans should expect at least 100,000 deaths in the United States from the virus, even if strict mitigation policies were followed.

But Fauci expressed optimism that they could beat the models.

“This is a number that we need to anticipate, but we do not necessarily have to accept it as the inevitable,” he said.