President Donald Trump on Friday urged Minnesota voters to vote out Democrats, as riots continued in reaction to the death of George Floyd.

“Time for a change,” Trump wrote with the hashtag #2020, sharing a list of Minnesota Democrats from a supporter.

“In Democrat cities you can get arrested for opening a business, but not for looting one,” one supporter wrote, in another message retweeted by the president. 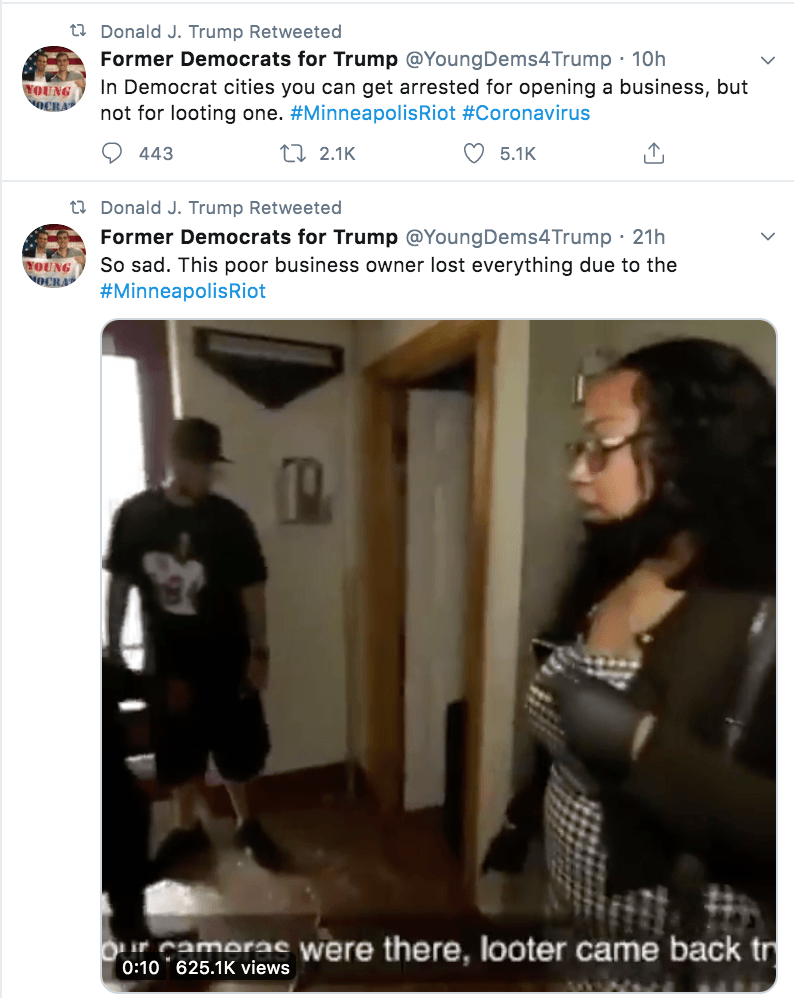 “In an ironic twist of fate, CNN HQ is being attacked by the very riots they promoted as noble & just,” the person wrote. “Oops.” 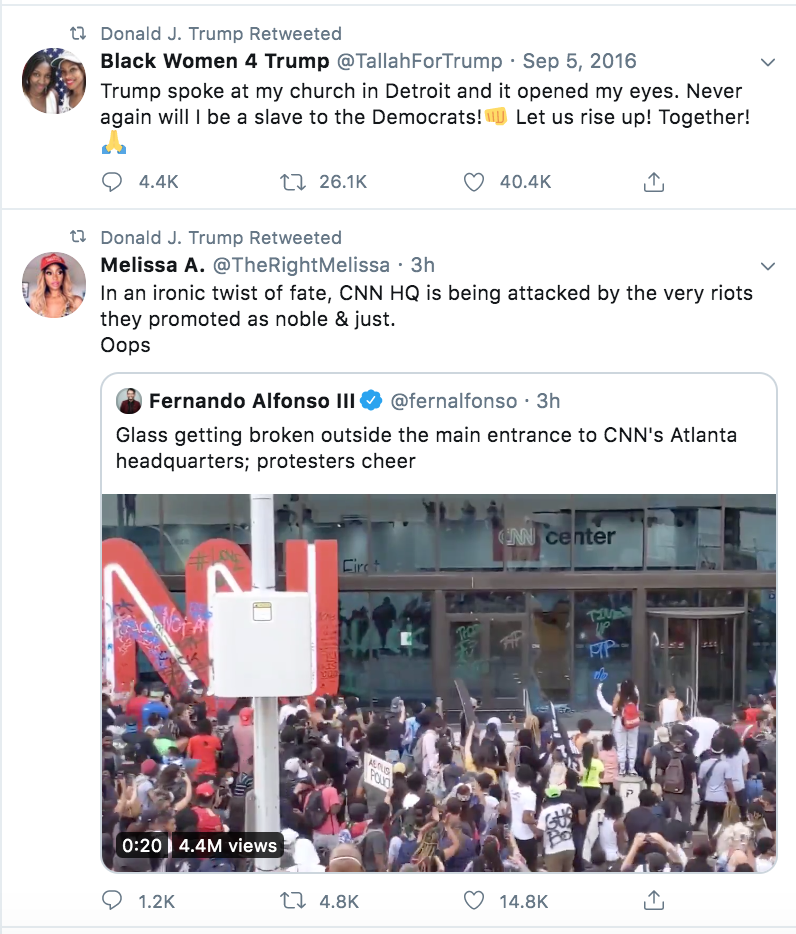