The Boston Globe reported: “Memorials in three of the city’s major parks were hit with graffiti and vandalism Sunday night after tensions mounted between demonstrators and police following a day of mostly peaceful protest marches that wound through Boston.”

One of those memorials, the Globe noted, was the monument to the 54th: “One of the memorials targeted by vandals was the Robert Gould Shaw and the 54th Regiment Memorial, which was unveiled 137 years ago Sunday and depicts a pioneering group of Black soldiers marching into battle during the Civil War.”

A website dedicated to the memorial, which stands at the top of a hill on the Boston Common, explains:

The most acclaimed piece of sculpture on Boston Common is the Robert Gould Shaw and Massachusetts 54th Regiment Memorial by Augustus Saint-Gaudens; a memorial to that group of men who were among the first African Americans to fight in the Civil War. The monument portrays Shaw and his men marching down Beacon Street past the State House on May 28, 1863 as they left Boston on their way to South Carolina, Shaw erect on his horse, the men marching alongside.

The monument, which literally commemorates black lives dedicated (and sacrificed) to the struggle against slavery, was defaced with profane anti-police graffiti, as well as tributes to George Floyd, the African American man killed by police in Minneapolis, Minnesota, last week.

Peaceful protest on #BostonCommon demanding racial justice. Hard to see legitimate protest turn destructive #Shaw54thRegimentMemorial. Conservators on the way to clean the grafitti on all monuments in the #threeparks. @bostonparksdept pic.twitter.com/dGzrVbFZia

The story of the 54th was immortalized in the Hollywood movie Glory, for which Denzel Washington received the Oscar for Best Supporting Actor. 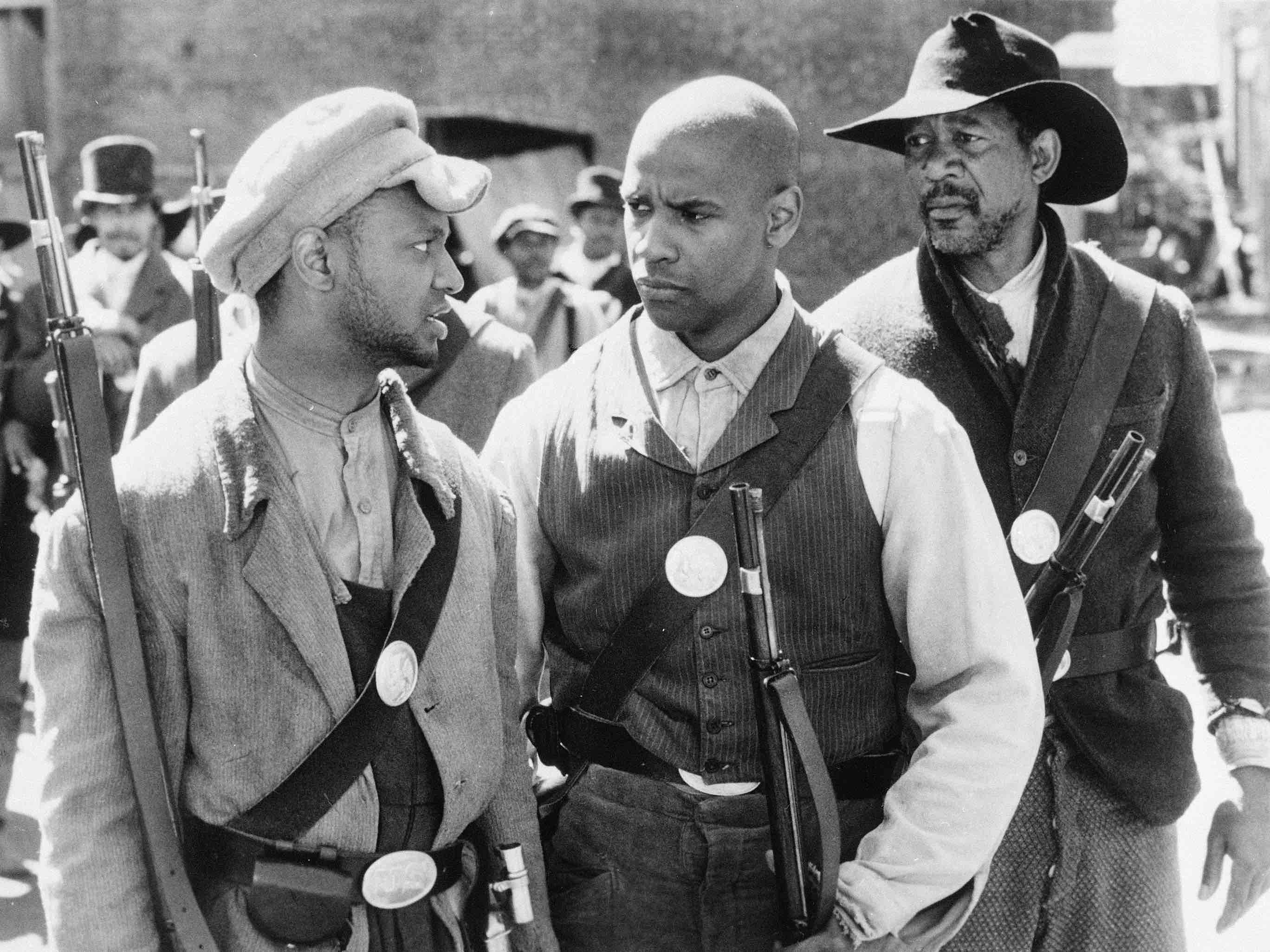 Actor Denzel Washington, center, is flanked by Jihmi Kennedy, left, and Morgan Freeman, right, is Tri-star Pictures movie “Glory” about black soldiers of the 54th Regiment who fought in the Civil War. — (March 5, 1990.)

Friends of the Public Garden, which supports efforts to care for the monument, has also used it recently as the basis for conversations on race — the kind of conversations that the Black Lives Matter movement aims to encourage.