“I thought that speech was totally inappropriate, very bad,” Trump said in an interview on Fox and Friends, adding it was a “terrible terrible representation for what our country was about.”

In his eulogy, Obama urged Democrats to give Senate seats to Washington, DC, and Puerto Rico, end the Senate filibuster and shift to mail-in voting. He also criticized President Trump for sending federal law enforcement against rioting leftists in major cities.

Trump said he could understand why Obama was angry because he had redone 82 percent of the former president’s agenda.

“He fought just as hard or harder so that Hillary won … I think he fought harder than she did,” Trump said.

The president said Obama actually helped him win in 2016 because his campaign activity motivated Trump supporters across the country.

“It actually inspired our voters,” he said. 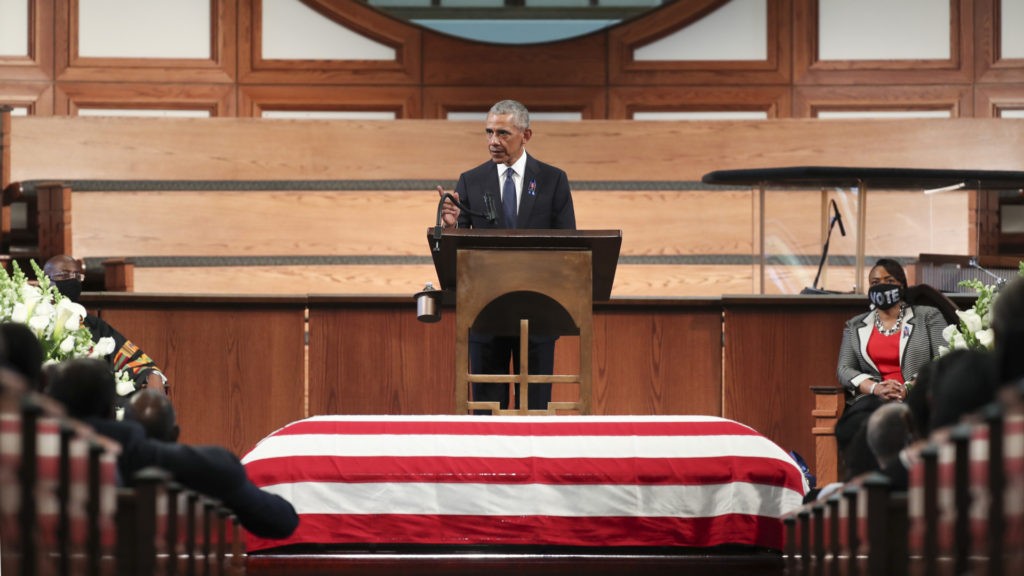 Former President Barack Obama gives the eulogy at the funeral service for the late Rep. John Lewis (D-GA) at Ebenezer Baptist Church on July 30, 2020 in Atlanta, Georgia. Lewis, a civil rights icon and fierce advocate of voting rights for African Americans, died on July 17 at the age of 80. (Photo by Alyssa Pointer-Pool/Getty Images)