According to data collected by the Public Interest Legal Foundation (PILF) from the Clark County Election Department, a total of 223,469 mail-in ballots sent to registered voters for the June 9 primary election ended up bouncing as “undeliverable” — 17 percent of the total 1,325,934 mail-in ballots that were sent out in the county.

New proponents of mail balloting don’t often understand how it actually works. States like Oregon and Washington spent many years building their mail voting systems and are notably aggressive with voter list maintenance efforts. Pride in their own systems does not somehow transfer across state lines. Nevada, New York, and others are not and will not be ready for November.

For comparison, in the 2012, 2014, 2016, and 2018 general elections, the entire state of Nevada recorded just 5,863 mail-in ballots as “undeliverable.” That data comes from U.S. Election Assistance Commission surveys. 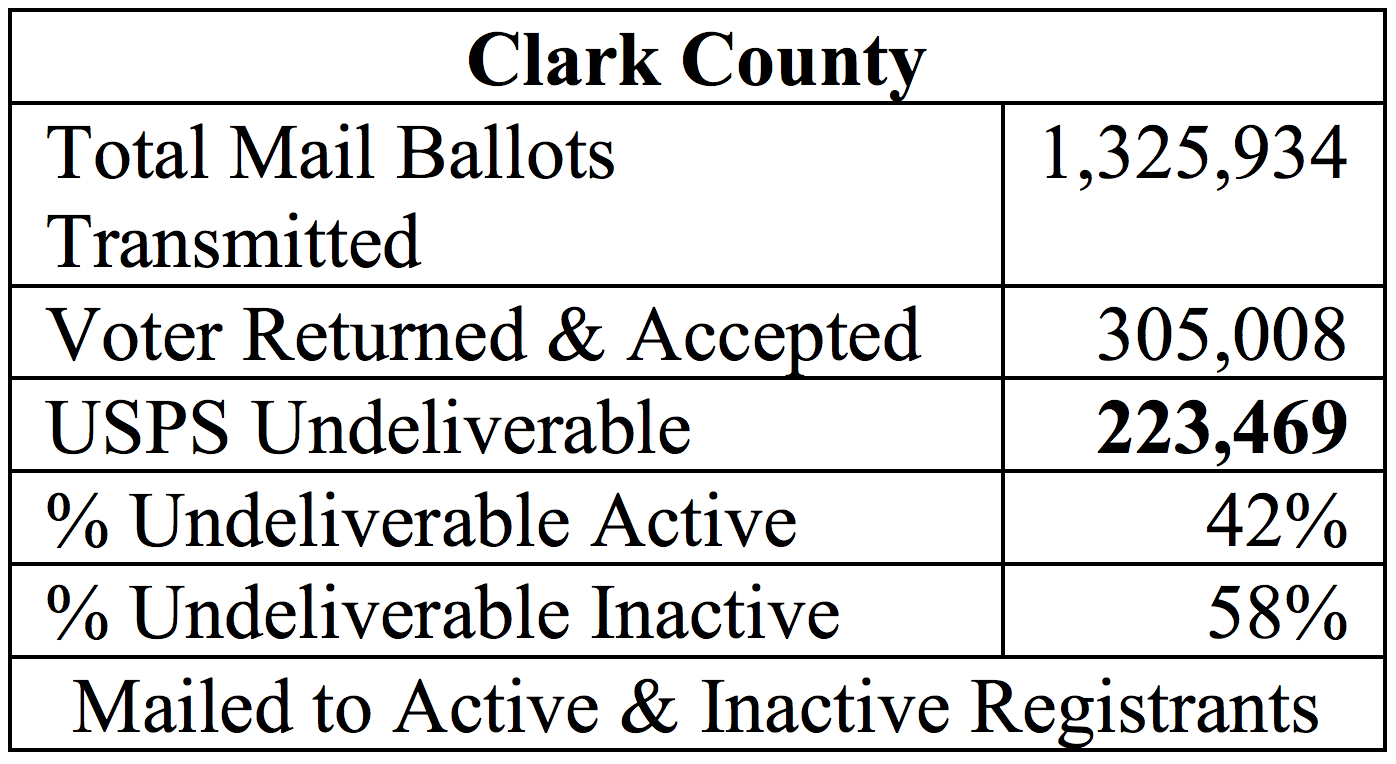 Clark County, which went more than 52 percent for Hillary Clinton in 2016, sent out mail-in ballots to all registered voters for their primary election — unlike other counties, including Washoe, in the state’s northwest corner.

Washoe County sent out a little more than a fifth of the mail-in ballots that Clark County sent for the primary election and saw far fewer “undeliverables,” less than 28,000. Unlike Las Vegas, Reno officials did not send ballots to “inactive” voters.

The revelation comes as Gov. Steve Sisolak (D) signed legislation to send mail-in ballots to all active registered voters for the 2020 presidential election.

On Wednesday, President Trump said Nevada did not have the election infrastructure to take on such a task as universal mail-in voting.

Nevada has ZERO infrastructure for Mail-In Voting. It will be a corrupt disaster if not ended by the Courts. It will take months, or years, to figure out. Florida has built a great infrastructure, over years, with two great Republican Governors. Florida, send in your Ballots!