The murder trial against an illegal alien gang member charged with murdering 33-year-old Newman, California, police officer Ronil Singh has been delayed as vital witnesses, illegally in the United States, face deportation before the trial starts.

The day after Christmas in 2018, Singh pulled Gustavo Perez Arriaga over on suspicion of drunk driving. That is when police say Perez Arriaga, an illegal alien from Mexico, shot Singh. Over his police radio, Singh called out, “Shots fired,” and as police arrived at the scene of the traffic stop, they found the officer with a gunshot wound.

Singh was transported to a nearby hospital where he later died, leaving behind his wife, Anamika, their newborn five-month-old son, and the mourning Newman community.

Perez Arriaga was arrested that month for killing Singh — a legal immigrant from Fiji — but was officially charged with the murder of the law enforcement officer in January 2019. The illegal alien, who authorities said is a “known” gang member, had been caught by police after a more than 50-hour manhunt.

Police said seven illegal alien friends and family members, all of whom were indicted, aided Perez Arriaga in attempting to flee the U.S.

The trial against Perez Arriaga was supposed to start on September 1, but was delayed.

Conrado Virgen Arriaga, Erik Razo Quiroz, and Adrian Virgen were sentenced to just 21 months — or less than two years — in January, but will likely serve less than half the time before being deported to their native Mexico. 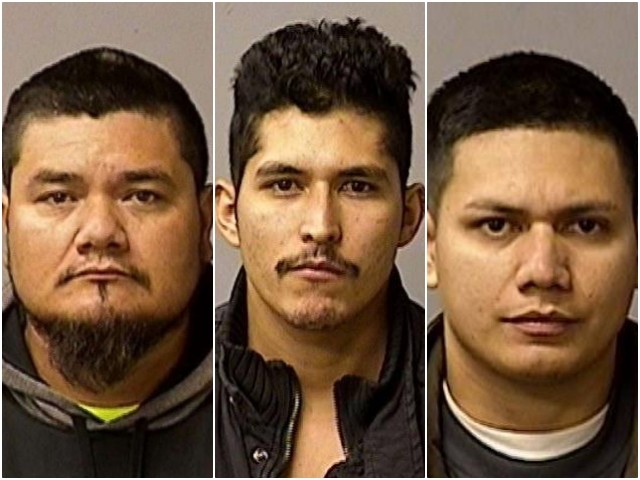 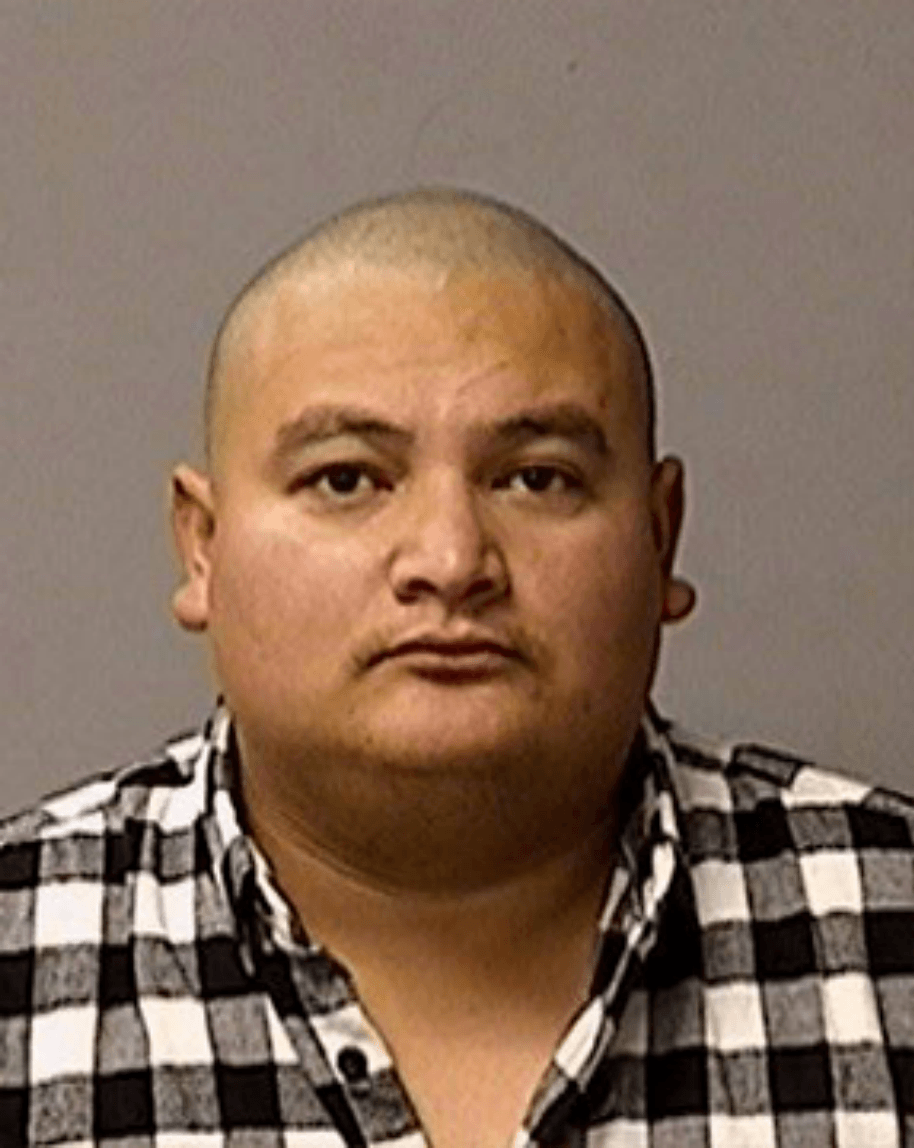 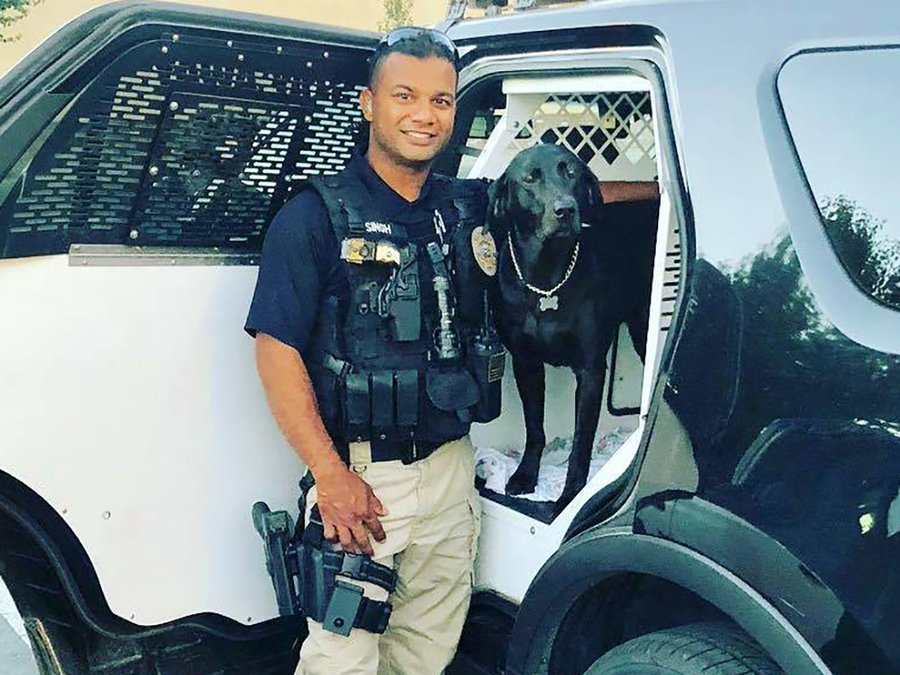 33-year-old Ronil Singh was a seven-year veteran of the Newman, California, Sheriff’s Office before he was killed in December 2018.

The Department of Homeland Security (DHS) has been holding off on the three illegal aliens’ deportations so they can act as witnesses in the murder trial. Perez Arriaga’s defense team is seeking to push the trial back another 18 months, but Chief Deputy District Marlisa Ferreira has said such a long delay should be permitted.

“This case has been going on for almost two years already,” Ferreira told the Modesto Bee. “It’s unacceptable to put it out that long.”

DHS officials will join prosecutors and Perez Arriaga’s defense team in October for a hearing on how long the three illegal aliens’ deportations can be deferred.

The affidavit of the alleged murder and attempted escape detailed a family affair, where Perez Arriaga’s pickup truck — which police found with a bullet hole — had been covered up in a family member’s garage with plywood allegedly by Virgen Arriaga and Quiroz.

Perez Arriaga’s gun that he allegedly used to murder Singh was purchased just two months before, according to the suspect’s girlfriend. The 9mm Smith & Wesson gun was stolen out of Washington state, police said. The suspect’s girlfriend told police that after the illegal alien told her he had shot a police officer, she packed three changes of clothes for him.

The affidavit alleges that Perez Arriaga, his brother, and a co-worker planned to go to a construction site for a job following the murder, but instead headed to their uncle’s Stockton, California, ranch, where they were asked to leave by the aunt and uncle.

In the meantime, police said Quiroz threw Perez Arriaga’s gun in a trash can at the ranch.

Perez Arriaga’s brother Adrian Virgen then picked him up and took him and the co-worker to an aunt’s house in Buttonwillow, California, to stay for the night. The next day, the aunt asked them to leave after finding out that her nephew was wanted for murder, the affidavit claims.

Virgen said he lied to his aunt’s husband in order to get him to loan him $400, which Perez Arriaga then allegedly wire transferred to a human smuggler at the U.S.-Mexico border to help him escape the country. The smuggler was the same one that Virgen had used four years before to cross into the country illegally.

The suspect’s brother then took him to the home of family members Bernabe Madrigal Castaneda and Maria Luisa Moreno in Bakersfield, California, where they stayed for a night. Castaneda and Virgen bought the suspect a new cell phone to use at a nearby Metro PCS store while the suspect’s co-worker Erasmo Villegas brought him a change of clothes, the affidavit alleges.

A $500 wire transfer was made by an unknown source, as well, to help the suspect escape to Mexico through the southern border. Before he could flee the country as he allegedly planned, Perez Arriaga surrendered at the relatives’ home when the Kern County Sheriff’s Office SWAT team arrived on December 28 to take him into custody.

In April, Perez Arriaga pleaded not guilty to murdering Singh. The illegal alien is facing the death penalty.