A protester who marched against police in South Los Angeles on Tuesday night was filmed using profane language and imagery to attack members of the L.A. County Sheriff’s Department (LASD).

“Eat a giant smoking f***ing d**k that has herpes,” she said on one video, posted by investigative reporter Drew Hernandez.

LA protester to Sheriff’s: An extremely distressed protester can be seen here spewing vile rhetoric to police expressing her desire for sheriffs to eat a large penis with herpes pic.twitter.com/5WlIRL4mdG

In another, the same protester urges a police officer to perform a sexual act with a donut:

LA protester to police: “Use a f*cking donut as a flesh light” pic.twitter.com/oheyuNoEZx

That protester appears to be the one in the photo below, running from police as they fired non-lethal munitions. 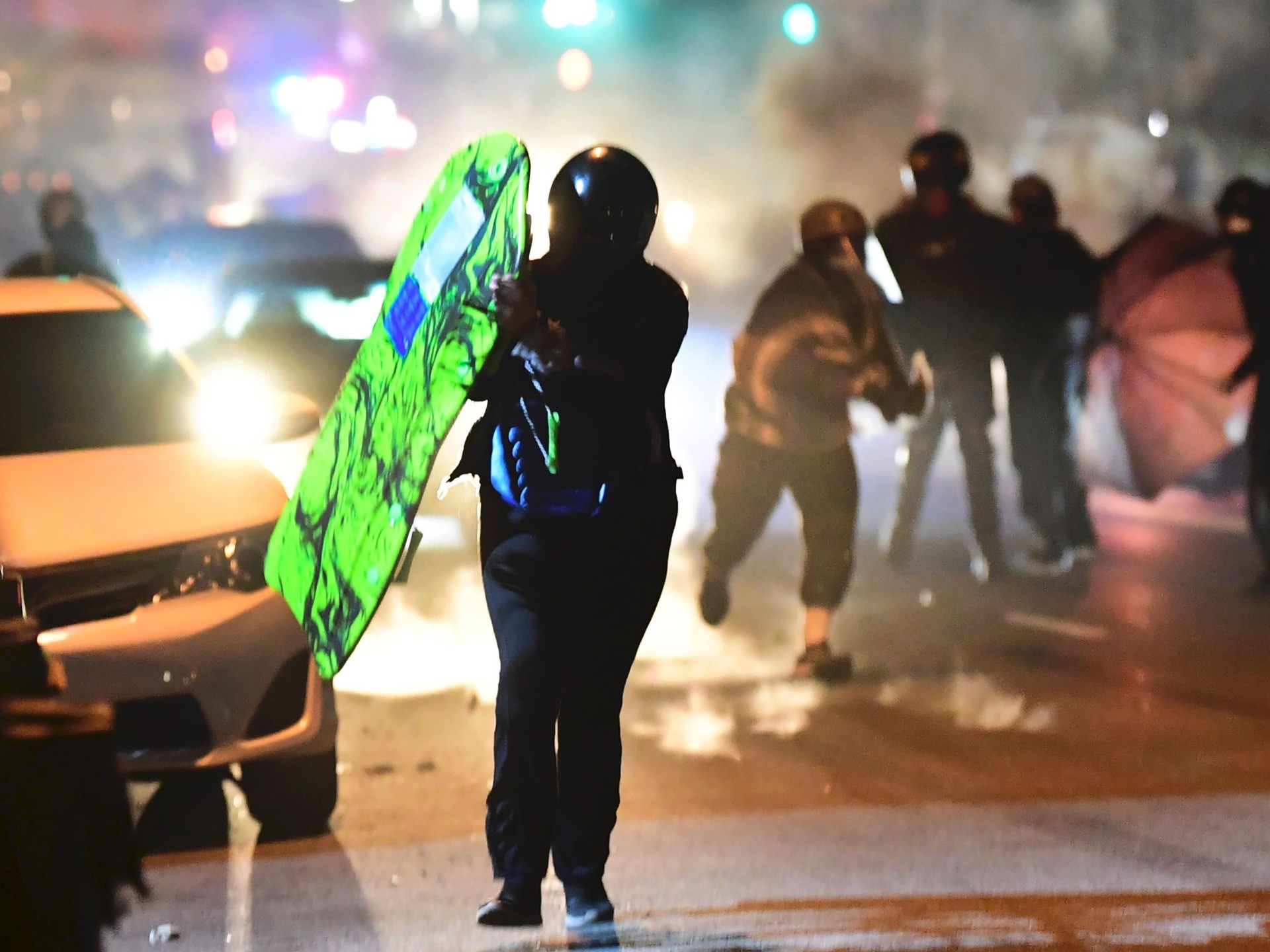 People run from tear gas and rubber bullets fired by Los Angeles County sheriff’s deputies dispersing a crowd of demonstrators gathered to protest again in the wake of Dijon Kizzee’s killing, outside the South LA sheriff’s station on September 8, 2020 in Los Angeles, California. – 29-year-old Dijon Kizzee, 29, was riding his bicycle the afternoon of August 31 in a south Los Angeles neighborhood when deputies tried to stop him for a code violation, according to the sheriff’s department. It did not specify the nature of the violation. Kizzee fled on foot and when deputies caught up to him, he punched one of them in the face while dropping a bundle of clothing he was carrying, authorities said. (Photo by Frederic J. BROWN / AFP) (Photo by FREDERIC J. BROWN/AFP via Getty Images)

As Breitbart News reported, citing local FOX affiliate KTTV and others, LASD officers used non-lethal weapons to disperse the crowd of self-described anarchists, some of whom were later found with weapons and helmets misleadingly marked “press”:

The violence marked the latest clashes after the shooting death of a black man, Dijon Kizzee, last week. Kizzee reportedly fought police and had a gun. Video evidence could not confirm whether he had reached for the gun, as police alleged at the time.

Bill Melugin of local FOX affiliate KTTV reported that the crowd of “anarchists” was more “aggressive” than in previous nights.

The use of false “press” designations has been a feature of violent protest in Portland, Oregon, and elsewhere, as rioters attempt to use the deference that police often show to journalists to launch violent attacks.