President Donald Trump on Friday spoke at the Flight 93 memorial in Pennsylvania, honoring the Americans who lost their lives on 9/11/2001 fighting back against terrorists. 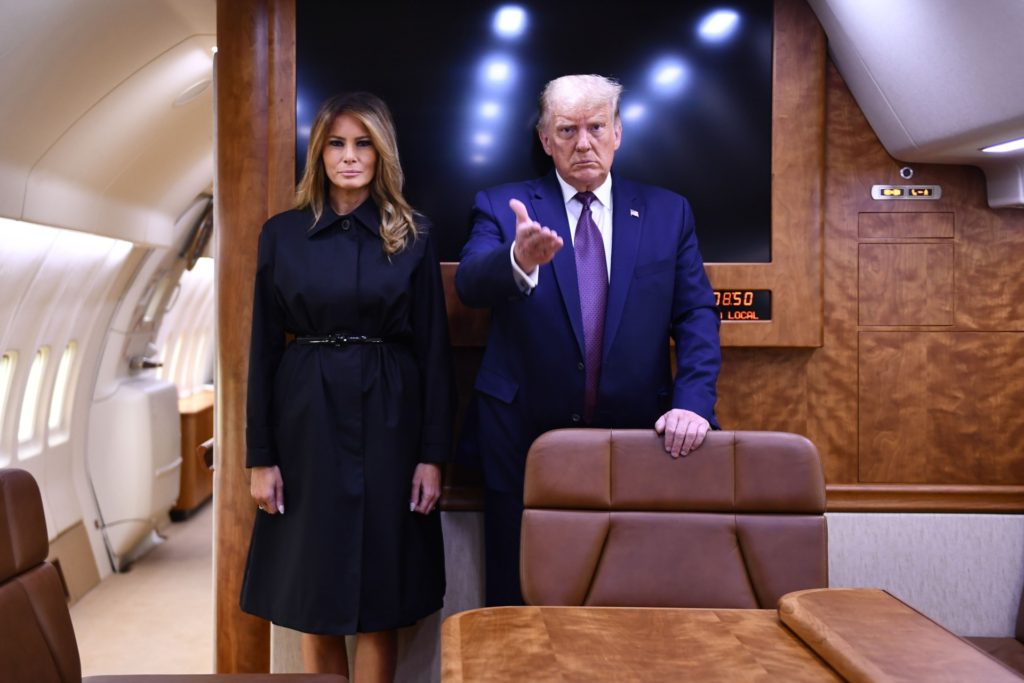 U.S. President Donald Trump and First Lady Melania Trump prepare to observe a moment of silence aboard Air Force One to mark the 9/11 attacks on September 11, 2020, in Johnstown Pennsylvania. (BRENDAN SMIALOWSKI/AFP via Getty Images)

The president and First Lady Melania Trump attended the ceremony at the memorial, honoring the sacrifice of the 40 Americans on board the flight. He recalled the passengers rose up against the radical Islamic terrorists that had hijacked the plane, crashing it into a Pennsylvania field before it could reach the Capitol building in Washington, DC.

“The 40 on Flight 93 did the most American of things, they took a vote and they acted together,” Trump said. “They charged the cockpit. They confronted the pure evil and in their last act on this earth they saved our Capitol.”

The president reminded Americans the hijacked flight was just 20 minutes away from their target.

“The only thing that stood between the enemy and a deadly strike at the heart of American democracy was the courage and resolve of American men and women,” Trump said. 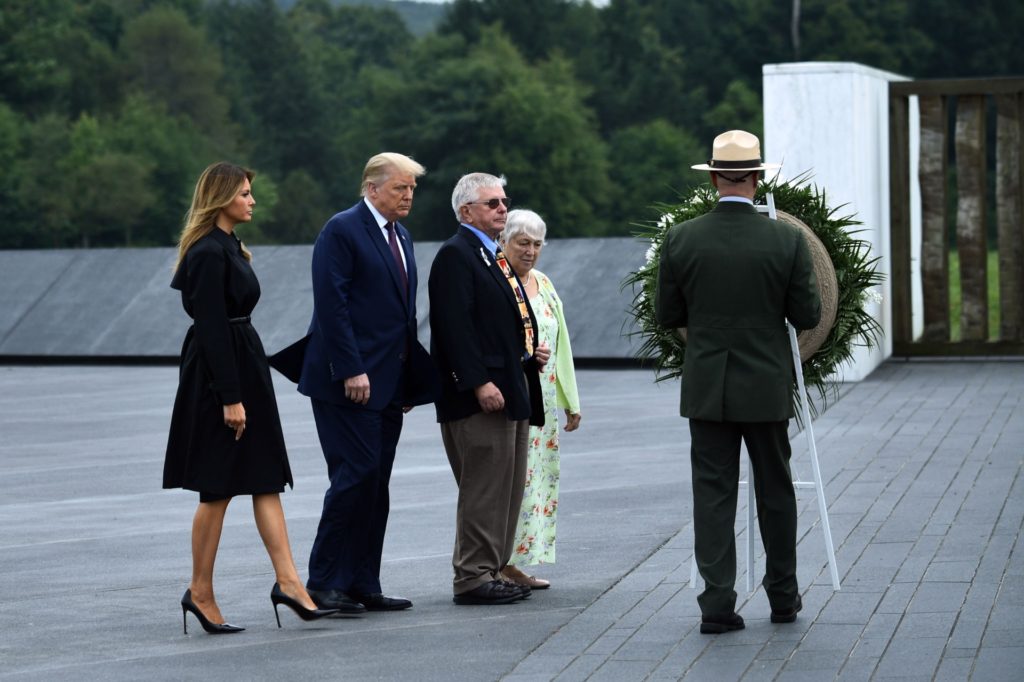 The president recalled prior to their heroic action, they prayed together and called their families to say goodbye.

“They whispered the immortal words, ‘I love you,'” Trump said. “Today those words ring out across these sacred grounds and shine down from heaven above.”

The president recalled the spirit of 9/11, noting Americans came together despite their differences to pray and mourn together as they faced the challenge of rebuilding.

“The song “God Bless America” became a rallying cry for the nation,” he recalled. “We were united by our conviction that America was the world’s most exceptional country, blessed with the most incredible heroes and that this was a land worth defending with our very last breath.” 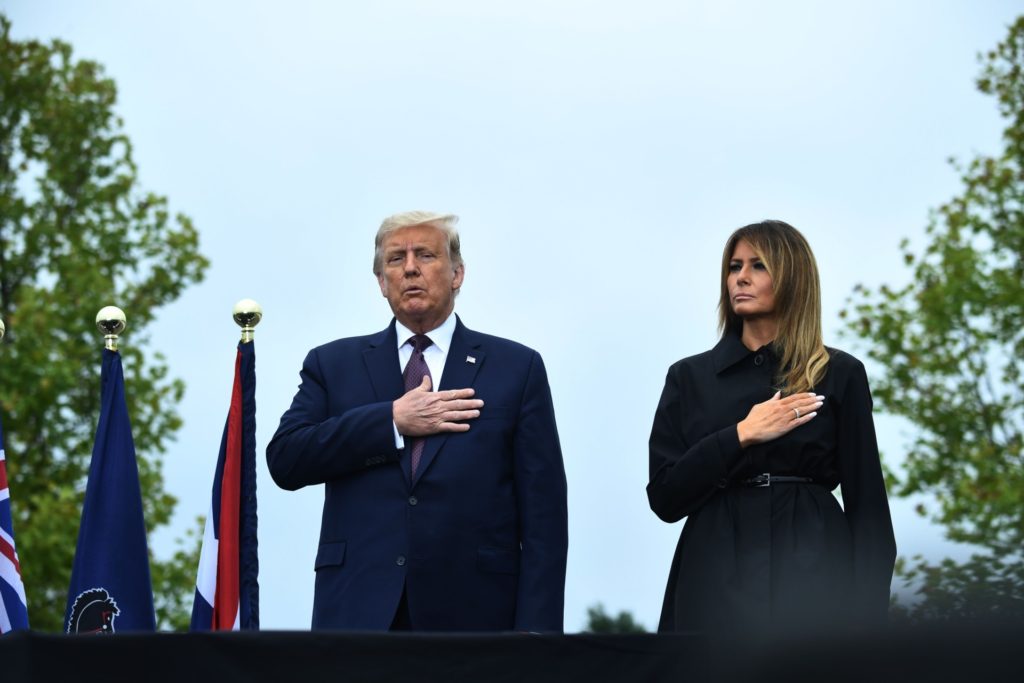 He also recalled America’s shared values which helped bring the country back from the attack.

“It was a unity based on love for our families, care for our neighbors, loyalty to our fellow citizens, pride in our great flag, gratitude for our police and first responders, faith in God, and a refusal to bend our will to the depraved forces of violence and intimidation, oppression and evil,” he said. 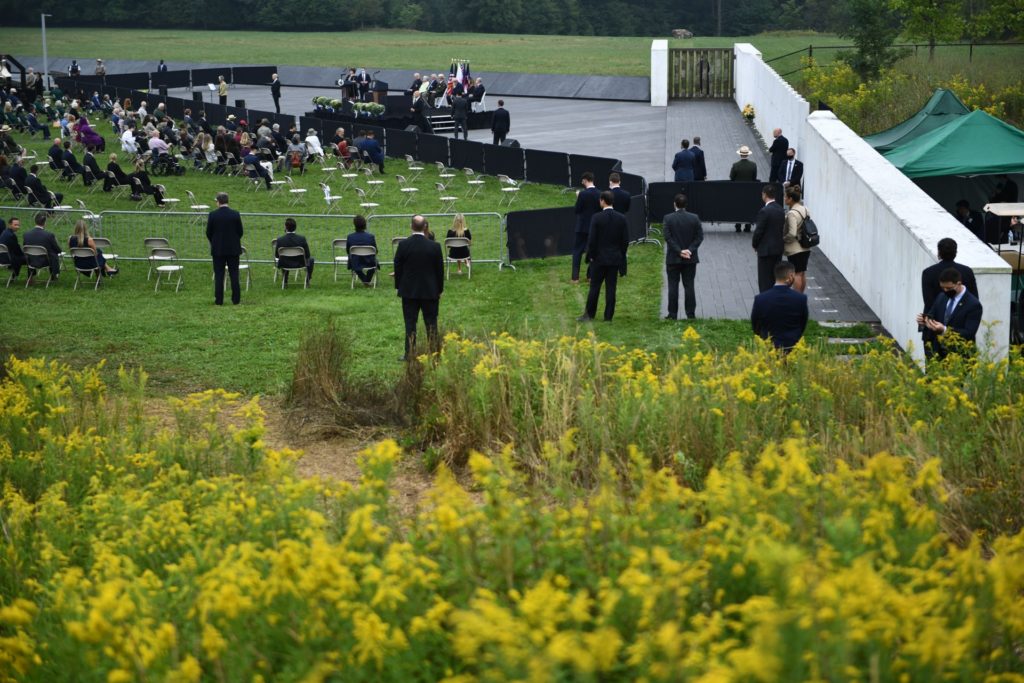 Mourners gather for a ceremony commemorating the 19th anniversary of the 9/11 attacks, in Shanksville, Pennsylvania, on September 11, 2020. – The ceremony was attended by U.S. President Donald Trump and First Lady Melania Trump. (BRENDAN SMIALOWSKI/AFP via Getty Images)