The former vice president traveled to The Queen theater in Wilmington, Delaware, to announce two members of his White House economic team — Janet Yellen for treasury secretary and Neera Tanden for Office of Management and Budget (OMB) director.

After stepping out of his motorcade SUV, Biden pointed to his walking boot, lifting it up to show it to the press. 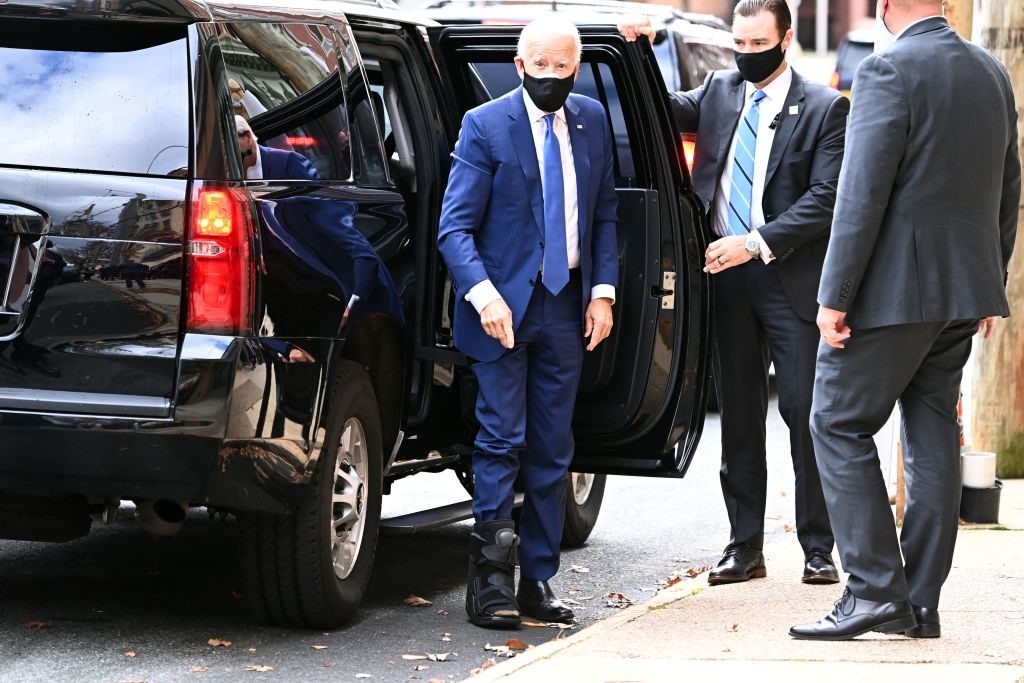 US President-elect Joe Biden arrives for an event at The Queen Theater in Wilmington, Delaware, on December 1, 2020. (Photo by CHANDAN KHANNA/AFP via Getty Images)

When reporters asked him how his foot felt, he replied, “Good. Thank you for asking,” and flashed a thumbs-up sign. 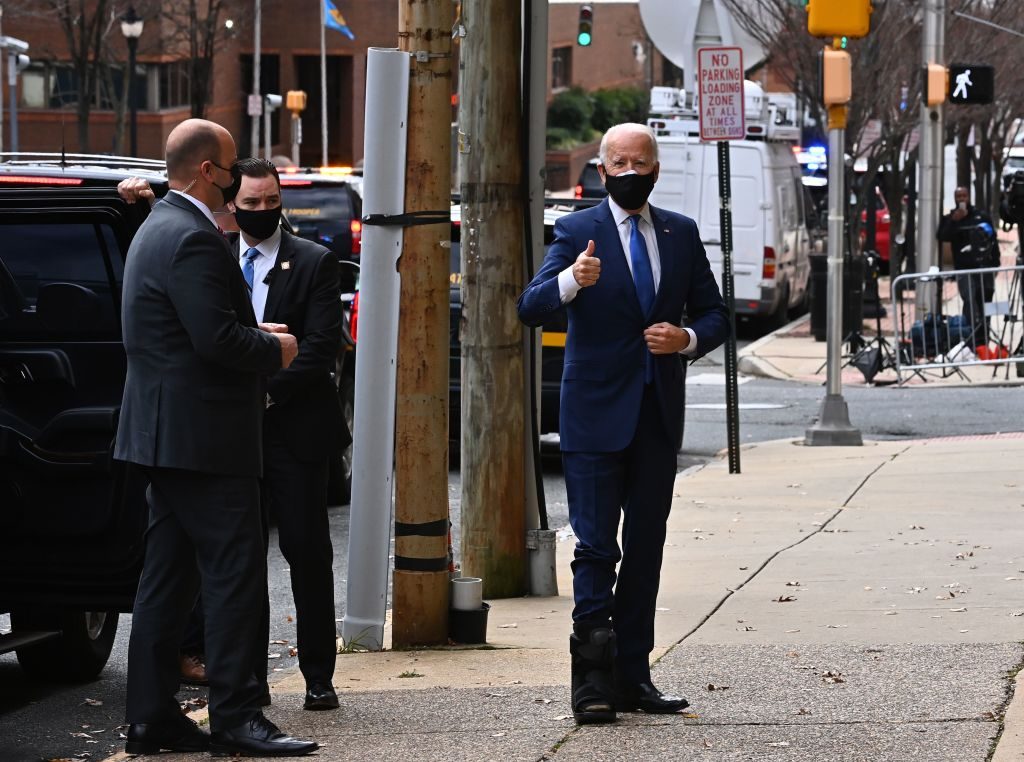 US President-elect Joe Biden arrives for an event at The Queen Theater in Wilmington, Delaware, on December 1, 2020.  (Photo by CHANDAN KHANNA/AFP via Getty Images)

Biden also wore two masks to help prevent the spread of the coronavirus.

Biden’s office said Sunday, “On background” that the former vice president “slipped while playing with his dog Major, and twisted his ankle” while at his home in Delaware.

But a subsequent CT scan showed that Biden had several fractures in his foot after the injury.

Dr. Kevin O’Connor, the director of executive medicine of George Washington Medical Faculty Associate told reporters Sunday that Biden would need to wear a walking boot for several weeks after the injury.

“Initial x-rays did not show any obvious fracture, but his clinical exam warranted more detailed imaging,” O’Connor wrote, noting that the CT scan “confirmed hairline (small) fractures of President-elect Biden’s lateral and intermediate cuneiform bones, which are in the mid-foot.”