Only one week after its vaccine drive began, Israel administered its 500,000th coronavirus vaccine shot Tuesday evening, making it the leading country in the world by a large margin.

““Israel is the world champion in vaccines, in first place,” Netanyahu said at the event.

“We worked to bring millions of vaccines to Israel, and now through Health Ministry, the hospitals and the health funds, which are managing a huge operation, we have reached this achievement,” he said. 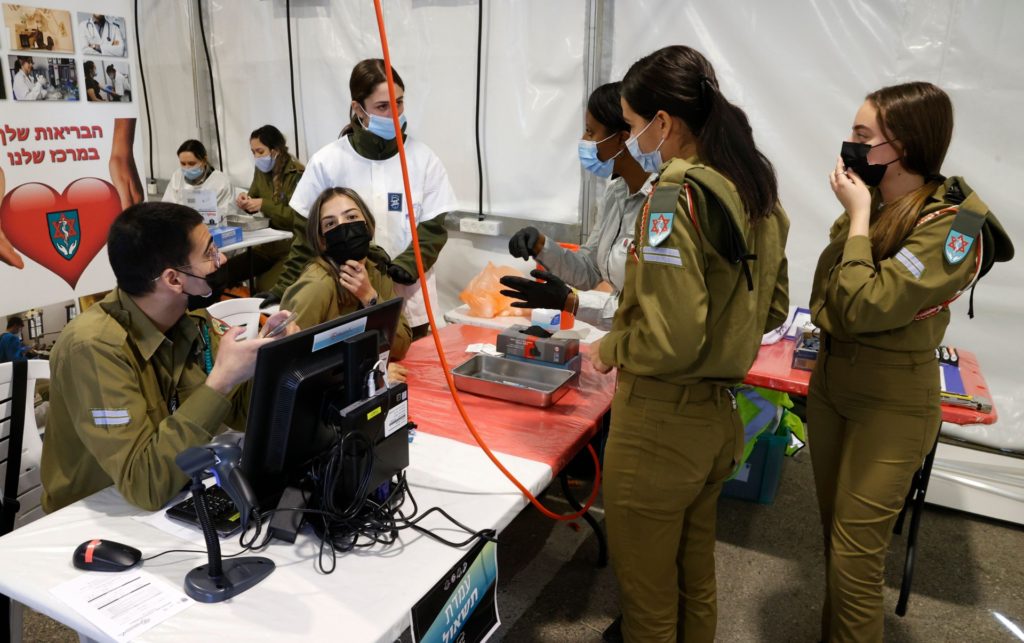 Israeli military medics arrive to get vaccinated against the coronavirus at the medical centre of Tzrifin military base in the Israeli town of Rishon Lezion on December 28, 2020. (JACK GUEZ/AFP via Getty Images)

“My mission is to ensure the continuation of this rate,” he said. “If we continue like this, we will be the first country in the world to emerge from the pandemic.”

A total of 21 percent of Israelis over the age of 60 have already received the first dose of the coronavirus vaccine, the Health Ministry said earlier in the day.

“Prime minister,” said Edelstein at the event, “at this rate, we will also invite you to the millionth vaccination.”

A dozen Israeli researchers were ranked among the world’s top 50 in their disciplines, a new study from Stanford University showed, with a further 333 researchers coming in the top two percent of the world. https://t.co/1MyafLA9TB

However, the country began its third nationwide lockdown Sunday evening amid soaring numbers of infections, marking the third lockdown since the outbreak began in March.

Netanyahu was the first Israeli to receive a vaccine last Saturday night on live TV.

According to a graph published by the University of Oxford-run Our World in Data, Israel was in first place with a significant lead according to the number of vaccination doses per capita. 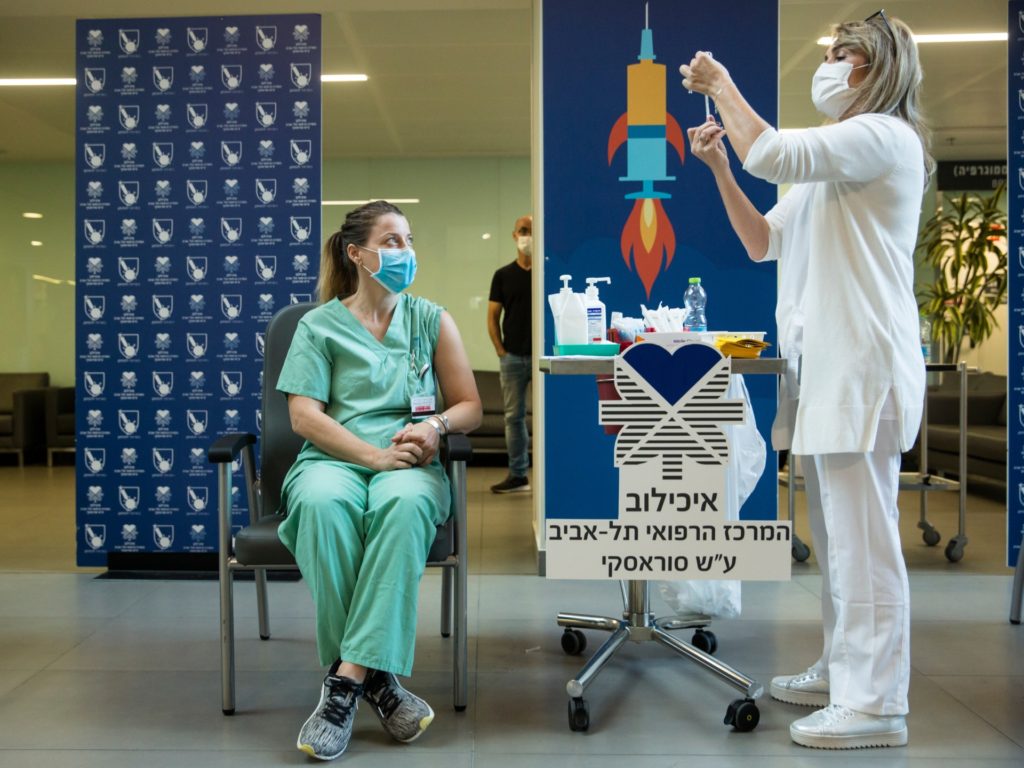