Trump’s approval numbers have ticked up and down since the Christmas holidays when he received a 45-47 percent rating. 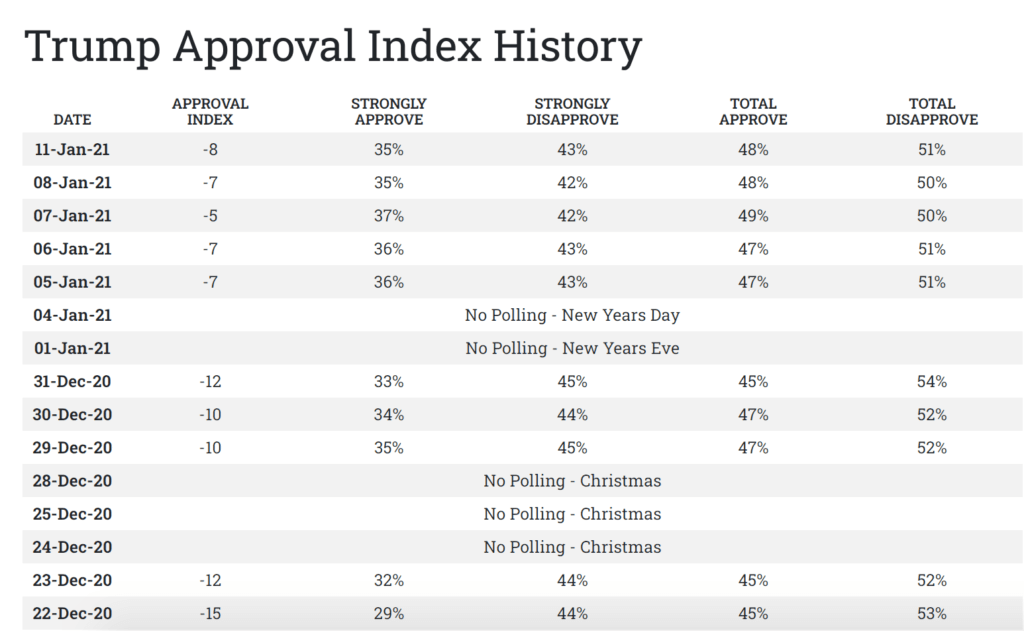 In the new year, Trump’s approval rose to 49 percent on January 7 after his rally to “Stop the Steal” to contest the presidential election.

Democrats moved to impeach the president again since the rally, citing the political “insurrection” on Capitol Hill that killed five people including one Capitol Police officer.

Trump’s approval ratings could dip after suffering sustained criticism for the rally, but the Rasmussen survey does not reflect any polling dip so far.