President Joe Biden on Thursday abandoned his precedent of wearing a mask in the Oval Office as he signed executive actions on health care.

“Since we are socially distanced, I think I can take my mask off and make this very brief announcement,” Biden said after reporters entered the Oval Office.

The president spoke to reporters for about three minutes as he signed executive actions, clearing his throat and even coughing into his hand at one point.

Previously, Biden wore his mask on two separate occasions in the Oval Office as he signed orders and spoke to the American people.

On January 20, the day of his inauguration, Biden wore a mask when enacting a mask mandate on federal property. 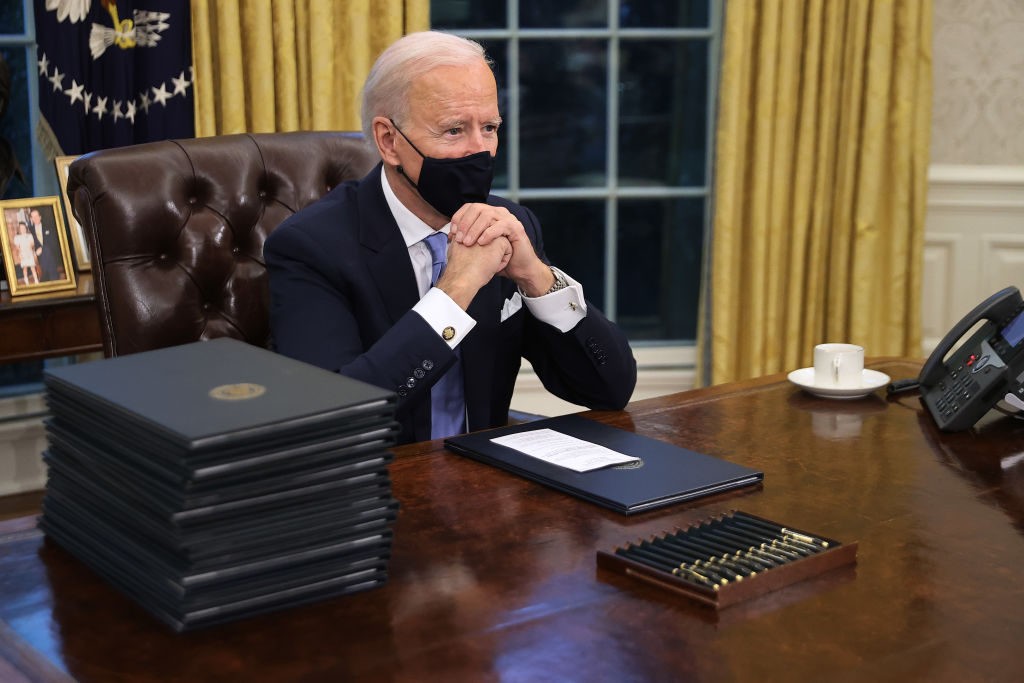 WASHINGTON, DC – JANUARY 20: U.S. President Joe Biden prepares to sign a series of executive orders at the Resolute Desk in the Oval Office just hours after his inauguration on January 20, 2021 in Washington, DC. Biden became the 46th president of the United States earlier today during the ceremony at the U.S. Capitol. (Photo by Chip Somodevilla/Getty Images)

On January 25, he also wore a mask while signing an executive order repealing the restrictions on transgender people serving in the military. 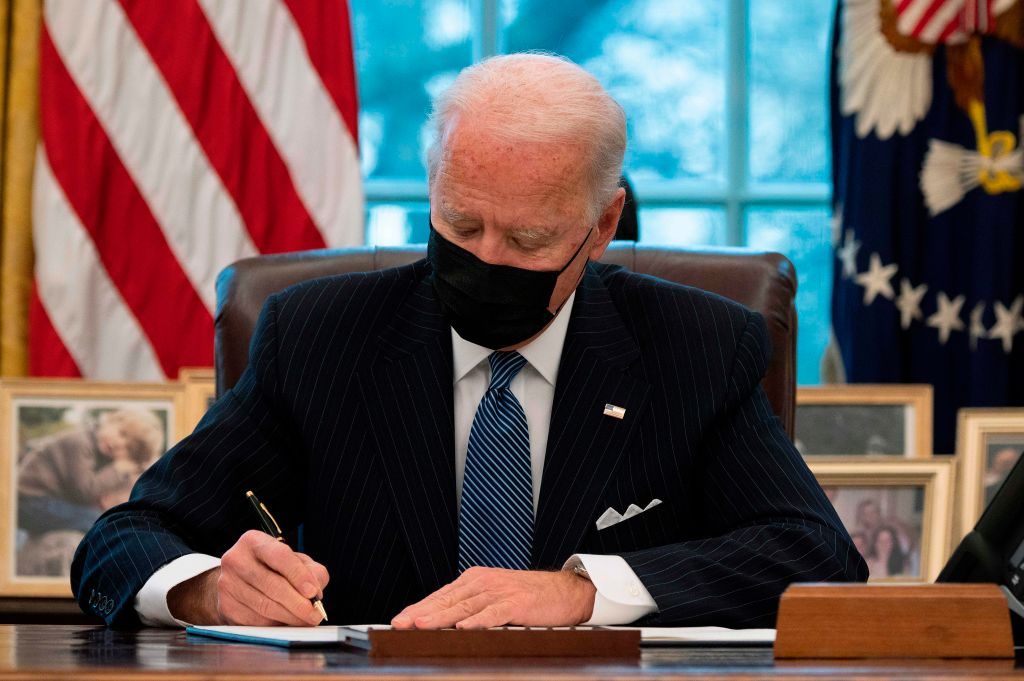 US President Joe Biden signs an Executive Order reversing Trump era ban on Transgender serving in the military while in the Oval Office of the White House in Washington, DC, on January 25, 2021. (Photo by JIM WATSON / AFP) (Photo by JIM WATSON/AFP via Getty Images)

Biden’s decision to abandon the mask Thursday is the latest example of the president and members of his administration routinely dodging his mandate requiring everyone in a federal building to wear a mask.

The text of Biden’s order does allow heads of agencies to make “categorical or case-by-case exceptions” to the law but demands those exceptions be recorded in writing.

The White House did not respond to a Breitbart News request for comment when asked about the inconsistent use of masks by Biden officials on federal property or whether the White House is documenting all exceptions to the new order.