The upcoming book from Breitbart News Editor-in-Chief Alex Marlow, Breaking the News: Exposing the Establishment Media’s Hidden Deals and Secret Corruption, which rocketed into the top ten best sellers on Amazon hours after its launch, has bested billionaire Bill Gates’s book How to Avoid a Climate Disaster: The Solutions We Have and the Breakthroughs We Need on Amazon’s best sellers list. 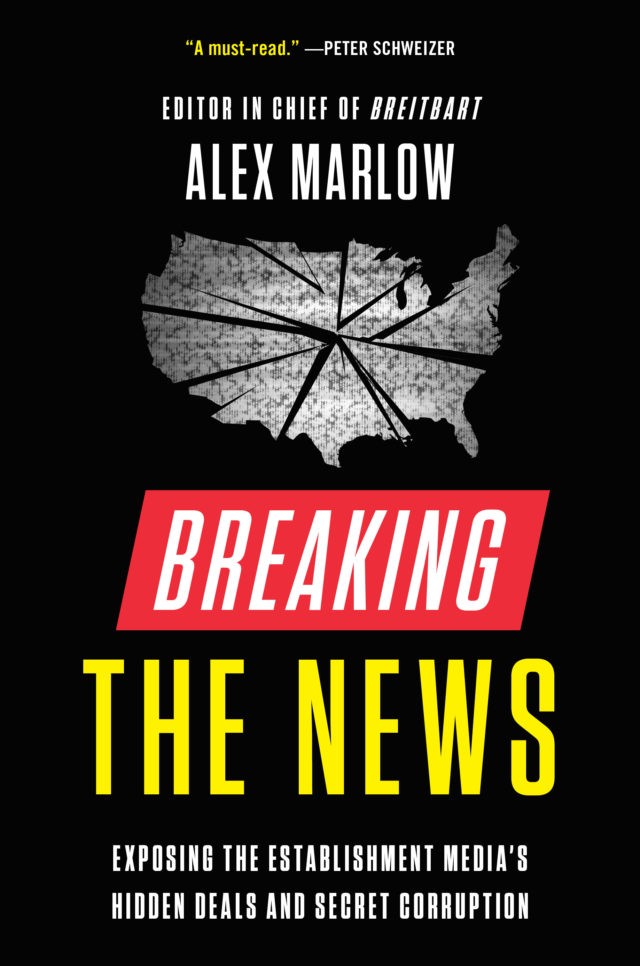 Breaking the News, which drops May 18, blows the lid off the corruption and deception of the establishment media.

“Alex and his team of researchers elucidate the stunning details of the key ‘fake news’ moments of the Trump era and take a deep dive into some of the right’s favorite media targets: from Bloomberg, CNN, The Washington Post, and The New York Times to the tech elite in Silicon Valley,” the book’s summary on Amazon reads.

His work “rips back the curtain on the inner workings of how the establishment media weaponizes information to achieve their political and cultural ends,” the description adds.

“I’ve been immersed in research on America’s media conglomerates for a year and I’ve kept the material tightly under wraps,” Marlow told Breitbart News. “What I have found is shocking even to me, and I’ve tracked these players and issues my entire career.”

“Media bias doesn’t begin to describe what is in this book. Media giants have weaponized fake news to the benefit of the left, the globalists, and the multi-national corporations that control so much of our lives,” he added.

Breaking the News is available for pre-order now.