Michigan Gov. Gretchen Whitmer’s (D) press secretary did not dispute the facts in a Friday Breitbart News report, but instead resorted to smears and false claims to deflect from the clean bust of a vacationing top staffer.

Bobby Leddy, the press secretary to the embattled Whitmer, refused to respond to Breitbart News when given the opportunity, but lashed out to the Detroit News and Detroit Free Press, labeling it a “garbage white nationalist website.”

Breitbart News routinely ranks among the top news sites in America according to Amazon-owned Alexa, and the false “white nationalist” smear was debunked years ago by a Harvard/MIT study cited in a 2017 profile of Breitbart News in the New York Times Magazine.

On Friday, Breitbart News broke the story — and Leddy all but confirmed — that top Whitmer aide Tricia L. Foster ignored her boss’s orders for Michiganders to not travel to Florida for spring break.

Foster, Whitmer’s Chief Operations Officer and the point person on the state’s coronavirus vaccine distribution plan, jetted to Florida and indicated on Facebook that she had left her coronavirus-infected son at home.

One friend commented that she thought she saw the senior Michigan government official on the beach in Siesta Key: 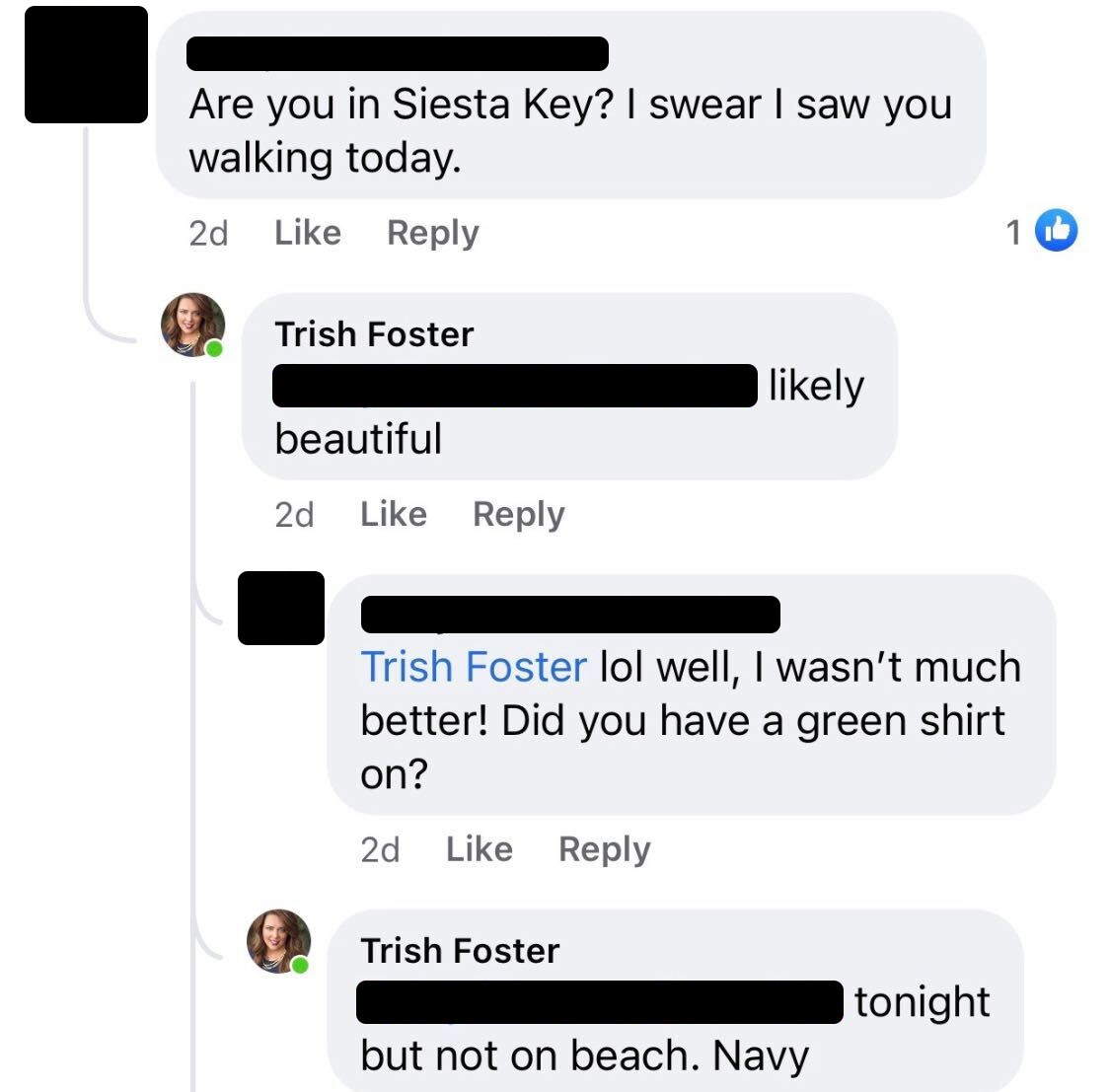 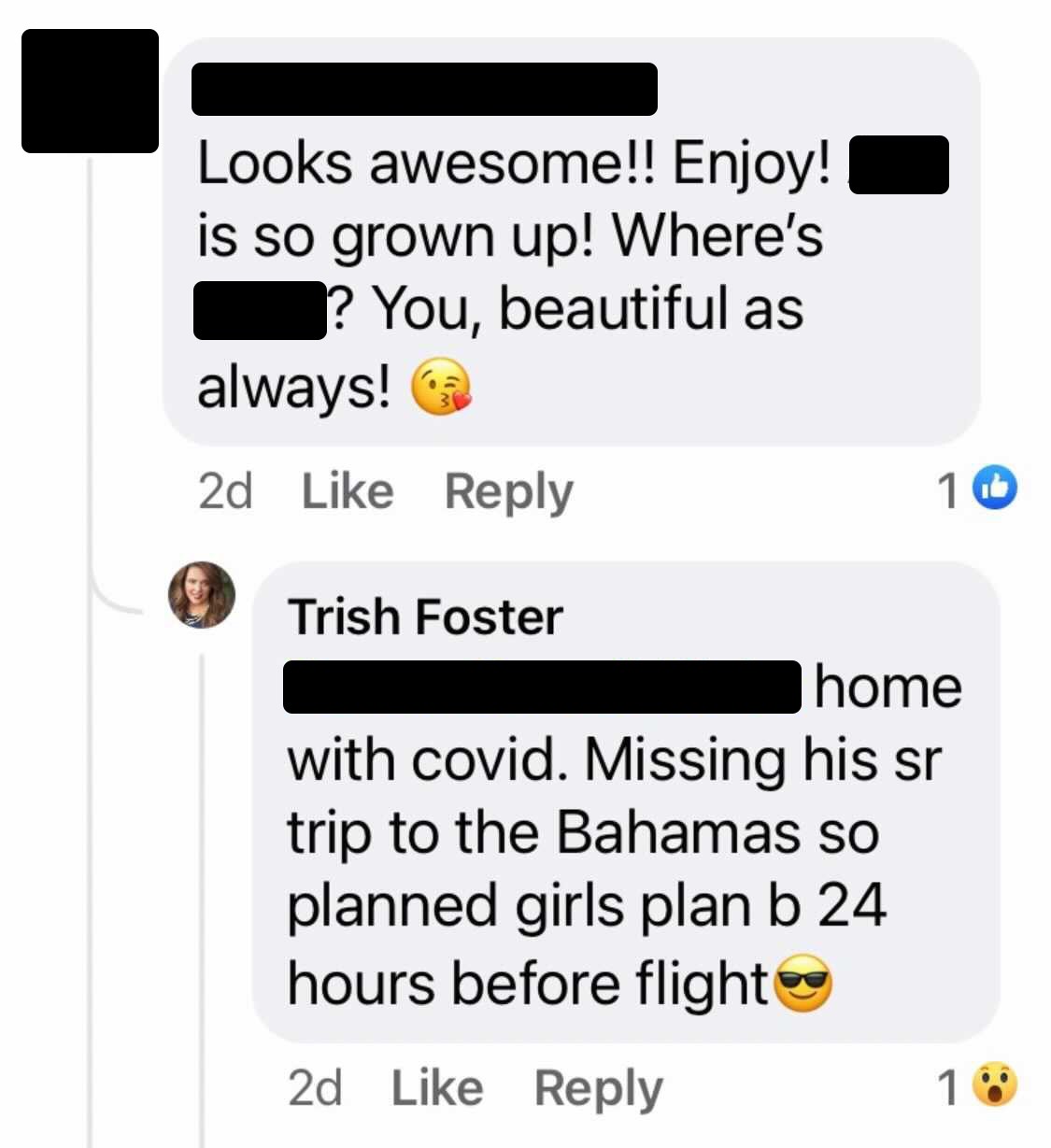 Shortly after the report, Foster deleted the posts.

In a statement to the News and Free Press, Leddy defended Foster’s decision, claiming she “is fully recovered from COVID and fully vaccinated.”

Leddy did not answer to Foster’s photos showing several teenagers in her party. Teens became eligible for the vaccine last week, according to WWMT.

Gov. Gretchen Whitmer says a factor in Michigan’s surging COVID-19 cases is fewer people were infected earlier in the pandemic than in other states. She also is concerned about spring break travel, particularly to Florida. Florida and Michigan have reported the highest and second-highest number of cases of a more contagious variant that was first identified in the U.K. Michigan had the United States’ worst infection rate in the past two weeks. Whitmer on Friday recommended that people get tested after in-state, out-of-state or international travel. She continues to emphasize vaccinations to help end the pandemic.

Before the Breitbart News report, the Whitmer administration was stung with the news that her ally, President Joe Biden, rejected her request for a “vaccine surge” amid the highest number of virus cases in the nation.

Whitmer has been beset by a series of polls that showed Michiganders staunchly opposed to her actions.

A clear majority — 63 percent — say they want Whitmer’s emergency powers curtailed to force her to work with the legislature on virus-related policies.

Another survey found Whitmer’s support fell as likely voters opposed her nursing home policy that put coronavirus-infected patients in with elderly residents, resulting in the death of over 5,600.

Respondents also said they were against Whitmer’s secret deal with former health director Robert Gordon, who received a $155,000 agreement that included a provision that he would remain silent about his time in the Democrat’s administration.