President Joe Biden gushed over the scenic views in the United Kingdom, claiming he was not ready to return to the United States.

“It’s gorgeous. I don’t want to go home,” Biden said to the press who were allowed access to the president’s activities.

The president commented on the Cornwall scenery after experiencing the views from a deck overlooking St. Ives Bay in England with British Prime Minister Boris Johnson and their spouses. 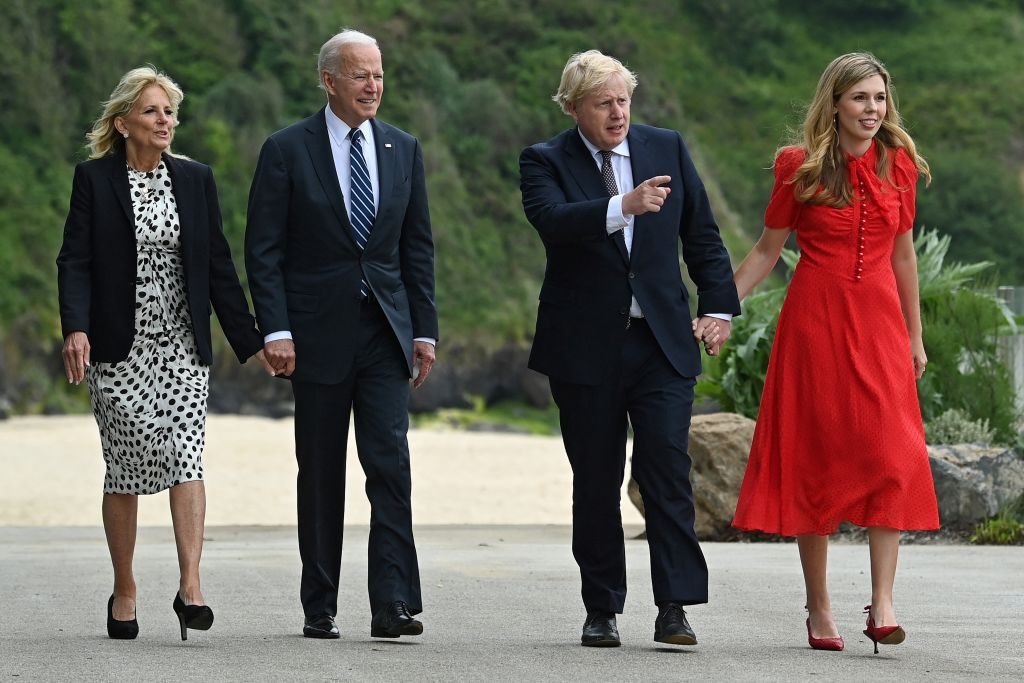 Britain’s Prime Minister Boris Johnson and his wife Carrie Johnson walk with U.S .President Joe Biden and U.S. First Lady Jill Biden, prior to a bi-lateral meeting, at Carbis Bay, Cornwall ahead of the three-day G7 summit being held from 11-13 June. (BRENDAN SMIALOWSKI/AFP via Getty Images)

First Lady Jill Biden notably wore a jacket with LO | VE printed on the back.

Jill Biden wearing a jacket with
LO | VE printed on the back pic.twitter.com/Njy7FvMiIO

President Biden and Johnson viewed the Atlantic Charter prior to a private meeting with Johnson in Cornwall where the G7 Summit will take place this weekend.

Both leaders put on their masks after moving indoors. 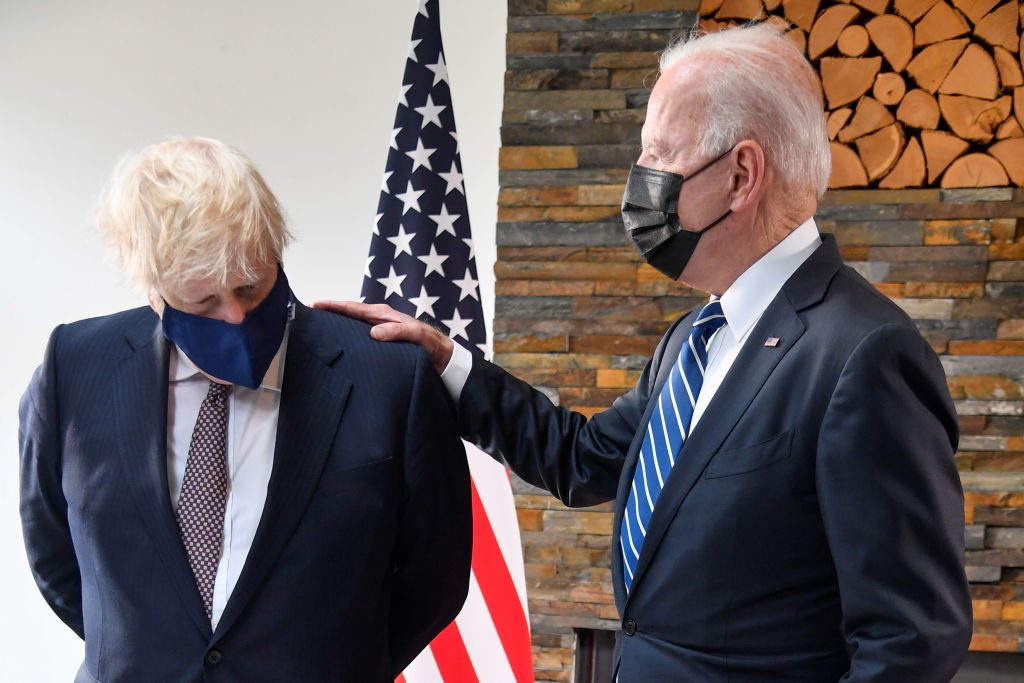 Britain’s Prime Minister Boris Johnson speaks with U.S. President Joe Biden look as they look at historical documents and artefacts relating to the Atlantic Charter during their meeting, ahead of the G7 summit, at Carbis Bay Hotel, on June 10, 2021 (Photo by Toby Melville – WPA Pool/Getty Images)

When he arrived, Biden ignored the offer a handshake to Johnson, choosing instead to greet his wife Carrie first.

Biden complimented Johnson’s wife during their bilateral visit, noting he and Johnson “married way above our station.”

Biden has previously expressed his passion for the scenic beauty of Europe, including his ancestral home of Ireland.

The president joked in a virtual meeting with the Irish Prime Minister in March he wished his ancestors had remained in Ireland.

“I joked at the time, after I left, I wondered why the hell we left in the first place; it’s beautiful,” he said.