A Culberson County Sheriff’s Office deputy stopped a pick-up truck pulling a horse trailer on Friday just south of the tiny West Texas Town of Van Horn. Normally, in cattle country, a truck pulling a livestock trailer is part of the normal landscape. On this occasion, the deputy was surprised when he discovered 40 illegal migrants crammed into the hot trailer. 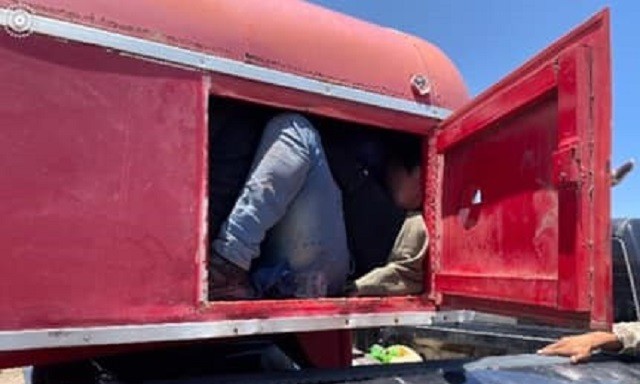 Deputies arrested the driver on human smuggling charges and turned the migrants over to Border Patrol agents. The incident remains under investigation by the Texas Department of Public Safety.

The border crisis is leaving no geographic regions of the southwest unaffected. In the remote Big Bend Sector, the Border Patrol usually makes the fewest migrant arrests of any sector on the southern border. The area is void of any large cities. Its remote isolated roadways make it uninviting for human traffickers who usually stand out amongst local travelers and tourists.

This year, however, is different. Since October, the Border Patrol in this region apprehended more than 25,000 migrants illegally entering the sector. This compares to slightly more than 4,000 during the same time frame last year. The increase of over 400 percent is staggering.

Like in many areas along the southwest border, Border Patrol agents in the Big Bend Sector are overwhelmed with processing and caring for the vulnerable population of migrants streaming across the border. Like other sectors, they too rely heavily on the cooperation and vigilance of local law enforcement authorities to meet the shortfall in available Border Patrol agents in the field.

On Tuesday, Border Patrol agents attempted to stop a vehicle that failed to yield to their emergency lights. The pursuit ended when the smuggler’s vehicle overturned, sending multiple migrants to a local hospital.