It used to be conservative families could count on raising children with their values almost by osmosis and lifestyle. But today the outside forces arrayed against them are strong and pervasive. One way to avoid raising a mushy-minded socialist is to use meal times to instill important ideas early. You’ll strengthen their hearts and minds, preparing them to resist the relentlessly left-wing toxic array of cultural forces.

In my new book, How to Raise a Conservative Daughter, I provide several practical tools and tips on how to have meaningful mealtime conservative conversations with young children on important principles.

Here are three of them:

— America is an exceptional country.

Do your children know that in 1776 our country was founded on an idea unique in the history of the world ― that our rights are given to us from God, not from government. The founders only formed government to protect those God given rights. 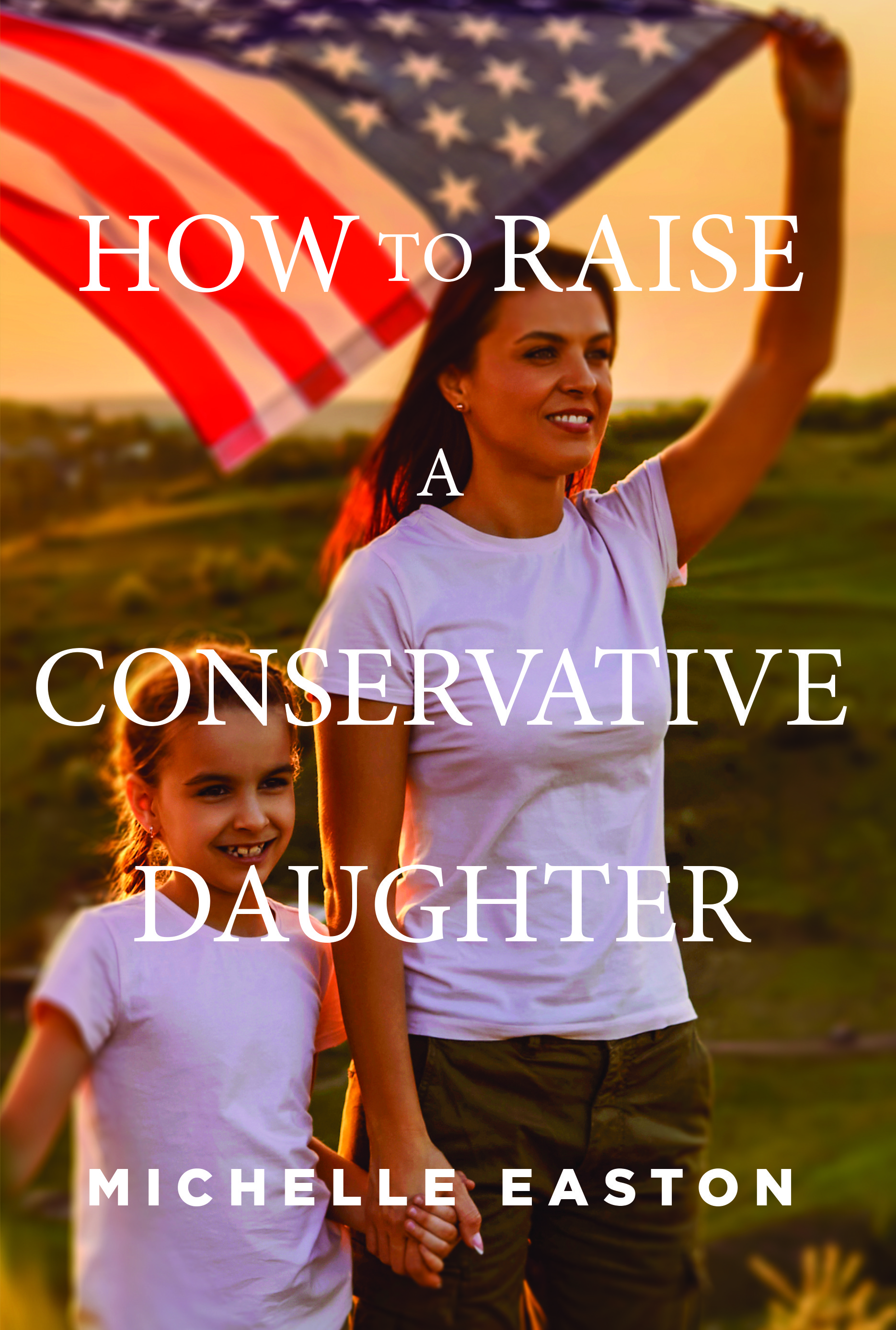 Even well raised children struggle to articulate the ideals that make our country special. President Reagan said, “We’ve got to do a better job of getting across that America is freedom-freedom of speech, freedom of religion, freedom of enterprise. And freedom is special and rare.”  And “We’ve got to teach history based not on what’s in fashion, but what’s important – why the Pilgrims came here, who Jimmy Doolittle was, and what those thirty seconds over Tokyo meant.”

Don’t let the Left erase and replace American history with lies. Talk to your kids about the greatness of America and what makes us different.

— If socialism is so wonderful, millions would be headed for Venezuela, Cuba, and North Korea, not to America.

It’s freedom and opportunity that draw millions of American immigrants. Socialism teaches the fastest way to happiness and equality is for politicians to distribute other people’s earnings. It’s that “free stuff” that Bernie Sanders and AOC peddle.  History has shown us that social justice is not politicians stealing our income and handing it out for their benefit.

Make your children acutely aware that any money or benefits that politicians give to people is first taken from other people, many of whom are struggling to succeed themselves. And that divorcing having income from earning it, as the Left likes to do, is usually bad.  Show how socialism is based on envying and coveting. Ask them where socialism has worked. And teach them Margaret Thatcher’s, “The problem with socialism is that you eventually run out of other people’s money.”

— There is honor in every paid job.

When most of us think of our first job, it makes us smile. My first job at 16 was working weekends at a local movie theatre as the candy and popcorn-stand girl. Minimum wage was $1.25. After receiving my first tiny paycheck, I remember thinking, “What happened?” Taxes had eaten so much of it. Suddenly my parent’s discussions about taxes being too high were no longer academic.

Whether bagging groceries, waiting tables, mowing yards or babysitting, people depended on your effort and paid for it. And earning money shows you that the things you want don’t fall from the sky, earning the money for them is hard work.

I’m sure a key reason I turned out to be a strong conservative is dinner table conversations. Starting with Barry Goldwater’s 1964 presidential campaign, my parents discussed Goldwater’s ideas almost every night.

The great U.S. Supreme Court Justice Antonin Scalia raised nine children and had 30 grandchildren. He admonished his clerks to always “be home for dinner” and claimed “children are civilized at the dinner table.”  And in his farewell address to the nation President Reagan said, “Let me offer lesson number one about America: all great change in America begins at the dinner table. So tomorrow night in the kitchen, I hope the talking begins.”

Parents and others who care for children need to understand that no one else is going to teach them your ideas. Children rarely hear conservative values explained. You have to start these conversations purposefully, whenever you can. After decades of working with thousands of young people, I promise that if you take the time to do this, your chances of being pleased with your grown child will greatly increase.

Michelle Easton is president of the Clare Boothe Luce Center for Conservative Women and author of How to Raise a Conservative Daughter.